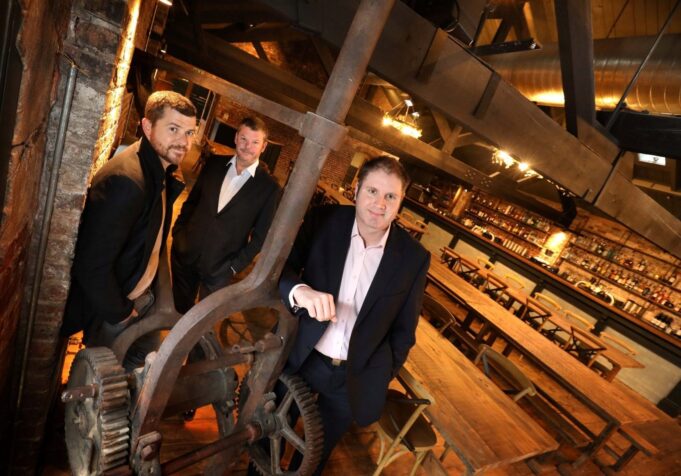 The O’s in Sunderland MA

Original members Peter Newland, Jim Kaminski, Guy DeVito, and William Benjamin, with guitarist Mark Pappas.  Chet Pasek is here to play doubled drums, but they couldn’t fit ’em on the stage- so he’ll take over for Benji in the second set.

“Black Sunday,” the fourth song they’ve done from their classic 1970 album and one of my big faves, has lost nothing over the years in terms of cool, clear, jazz-inflected leads and fills.  The vocal is older and seasoned, of course, but no less powerful than back in the day.  They have done a couple of other songs, including a Muddy Waters number, and now they’re on to “Duck Sweat,” with an extended dual-lead instrumental section before Jimmy K brings it back with the familiar transition from the original.  That’s five from the first.

Guy looks like he’s really enjoying himself up there.  Having seen him around for a while now, with his own bands and with Tommy Whalen and Joe Fitzpatrick, or at Wildcat O’Halloran’s blues jam, I know Guy DeVito to be a consummate professional- calm and cool, looking relaxed and always “in the pocket.”  He always looks great, too, like a

If Keith Richards looked healthy and wore a skully-beret, he might be lucky enough to look like Jim Kaminski.  The dude looks to be in good shape, and anyone living in or around the area knows he plays as well as ever.  By turns hard and heavy, as with Little Jimmy and the Bad Boys, or soft and sweet, as when he plays those old, fluid lines like in the early 70’s, he always plays with a lot of power in the mix.  He takes a solo spot, a nice jazz-blues number, while the singer goes for a stroll around the newly-renovated O’s.

Peter comes back and picks up his acoustic, introducing a song that he wrote with Michael Benson, the fifth original member of FAT.  He offers it as tribute or homage and promises to get the guitarist out to play one of these days.  The song is a beautiful ballad, calling to mind a Don McLean sort of plaintive, celtic-tinged memoir.

“House on the Corner” is just as right-on as I’d hoped.  It’s middling-heavy; it drives and it rocks, and it’s actually about the house in Sunderland they all lived in- but, it turns out, it’s really next to the house that was on the corner.

Mark Pappas, from Peter Newland’s band, is the newcomer to the FAT fold.  He looks a little younger than the others, but he plays just as well.  In fact, my first thought at the start was, “tight,” and that assessment hasn’t changed one bit.  They sound like they’ve been rehearsing right along.  I have only seen this band a couple of times since back in their Golden Era, and those were times when they were in flux and going through various stages of ‘staffing’ and preparedness.  Lately, though (like in the last decade or so), they come off like real pros and old pals.  It’s like

they’re mature and relaxed, so that with just a little playing-in, muscle memory triggers and they’re oiled up and in gear.

Half way into the second set, it looks like they’ve knocked out all the album tracks such as the FAT vets want to hear, and now they can cut loose and play for fun- which is often the way to catch a band’s best.  They’re free-wheeling and loose (but still tight) as they take on the persona of a hard-rocking blues band.  Chet Pasek stepped behind the drum kit for the second set, and it’s impossible to tell whether he is any more solid and steady than the previous percussives, as Benji whacks ’em plenty hard too, or if it’s purely a matter of the different material.  Either way, nobody’s complaining!

We even got a few covers in this set.  First, they swung smoothly through some bluesy stuff and went to “Like a Rolling Stone,” then a Van Morrison song, next romping thru an alt-country, rockabilly thing.  This Newland feller, he’s a fine front-man.  He’s plays some righteous blues harp, strums his six-string for both sound and effect, and delivers strong, old-school blues/rock vocals.  We might not be too surprised to hear Hendrix coming from the two Strat players, but to hear “Voodoo Chile'” sung by a real expert puts an extra dimension on it.  And the sound is good here at the O’s.  The acoustic guitar, clearly audible even between the pair of Strats, adds something to a balls-out rocker like this.

The band’s equipment is good, the sound man does a fine job, and the house plays its part well.  The room is set up for live music, with just the right balance of tables and seats, and open space beyond just the dance floor.  The pool table, tucked into a separate back room but still allowing a line of sight to the band, encroaches on the music and the atmosphere not in the least.  It is entirely comfortable in this place, even with a full house.  The current owner, Bob Carkuff, who bought the former Seven O’s in October of last year, managed to put six or so weeks to good use cleaning up the place, putting in a new bar, and working on the floors, walls and ceilings so that it looks good and sounds great.

Finally, what a great encore- “Statesboro Blues” done in a style like old gig-mates The Allman Brothers Band, back before anyone up north had ever heard of them.  Some great harp playing leads into lead guitar and one last verse… and then we’re left calling for one more…  But, no way- FAT already plays till it’s just too late!