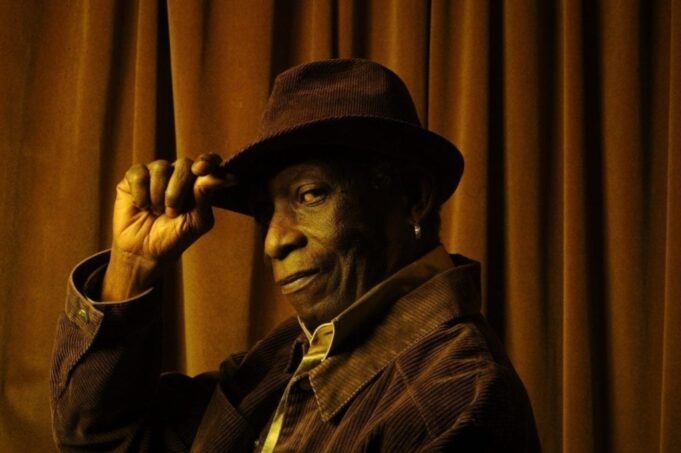 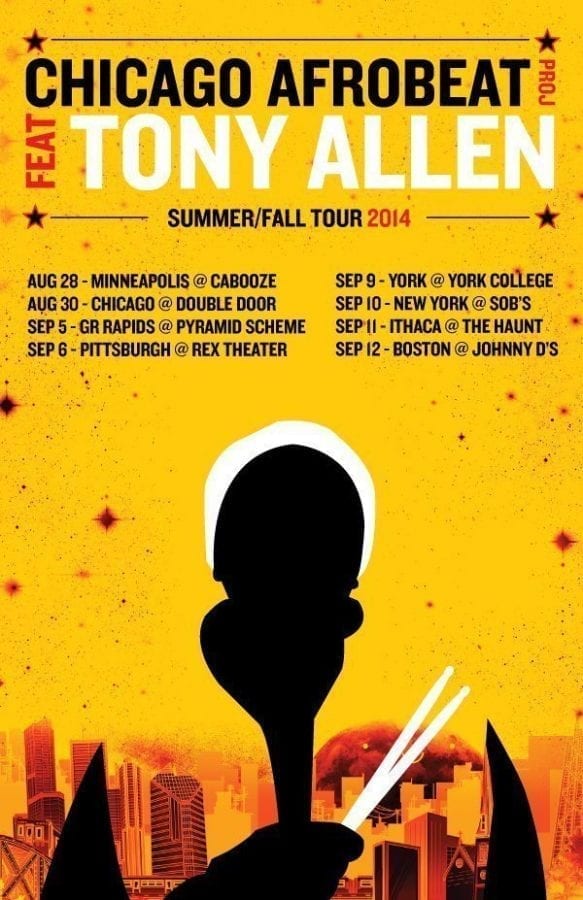 At the end of the summer of 2013, after collaborating on a series of Midwest concerts and a recording project, plans were put in motion to bring the paris-based Allen to Chicago the following year. Slated for release in early 2015, the full-length album is a work of artistic and rhythmic brilliance. It will change the way Afrobeat is played in America. Each track is a beautifully crafted blend of cultures, politics, musical histories, interpretations of afrobeat, and individual artistic styles.

Tony Allen is the original and longtime drummer for Fela Kuti. He is acclaimed for injecting the “beat” into afrobeat and has released more than five solo albums over his impressive career. Recently Allen teamed with Flea from Red Hot Chili Peppers and Damon Albarn (Gorillaz, Blur) on “Rocket, Juice and the Moon” (2012), a funky album exploration of groove sketches that features Erykah Badu, Fatoumata Diawara, M.anifest, and more.

As a relentless innovator, Allen continues to blaze his musical path forward. Brian Eno once called Tony “the greatest living drummer,” and Allen has also collaborated with Albarn on the studio project “The Good, the Bad and the Queen” (2007).

Chicago Afrobeat Project, a cornerstone of the North American afrobeat 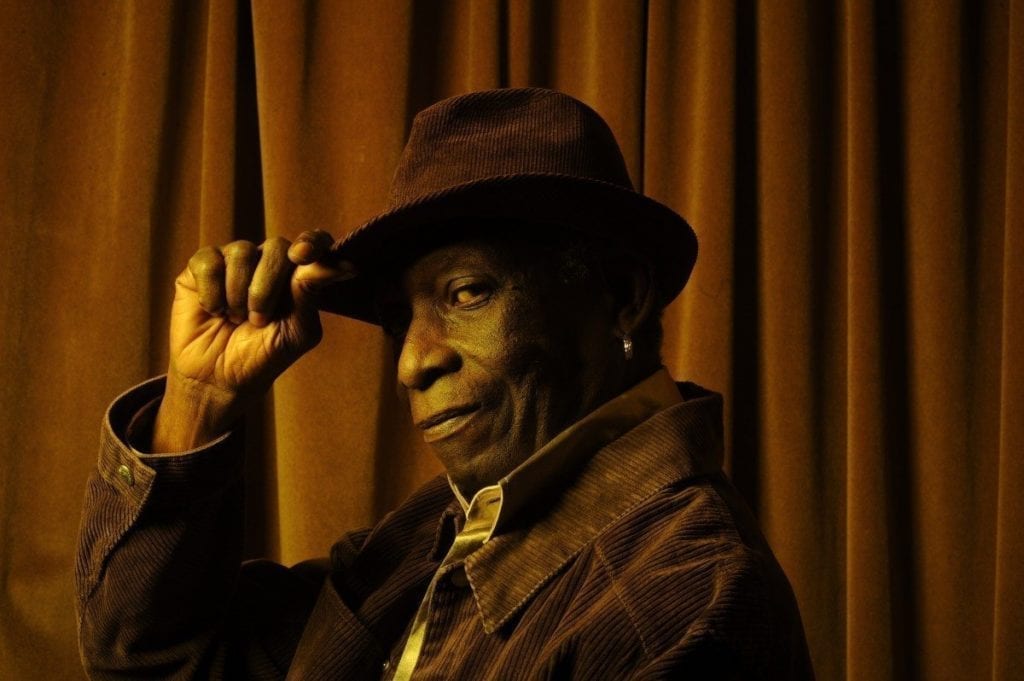 revitalization over the past decade has released three full-length studio albums to date including 2013’s “Nyash UP!” The album features Afrobeat interpretations of rock hits by Radiohead, Talking Heads and Fugazi. The band continues to tour year-round across the United States and Canada. 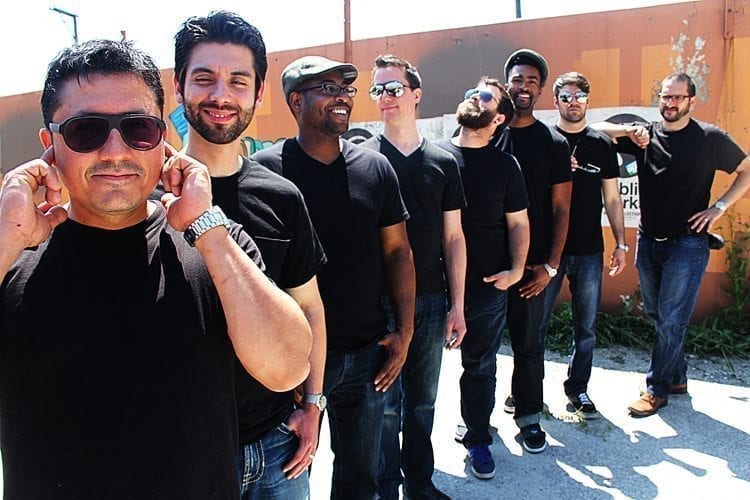 Full Disclosure:  The parent company for Live Music News and Review.com has a for profit working relationship with Chicago Afrobeat Project.

Check out the festival preview article on Shoefest.

Check out the festival preview article on Wimbash being held at Sully’s and hosted by Doug Wimbash of the Sugar Hill Gang and Living Colour.

Check out the article previewing the Catskill Chill festival, including video of Fikus and a full schedule of artists.