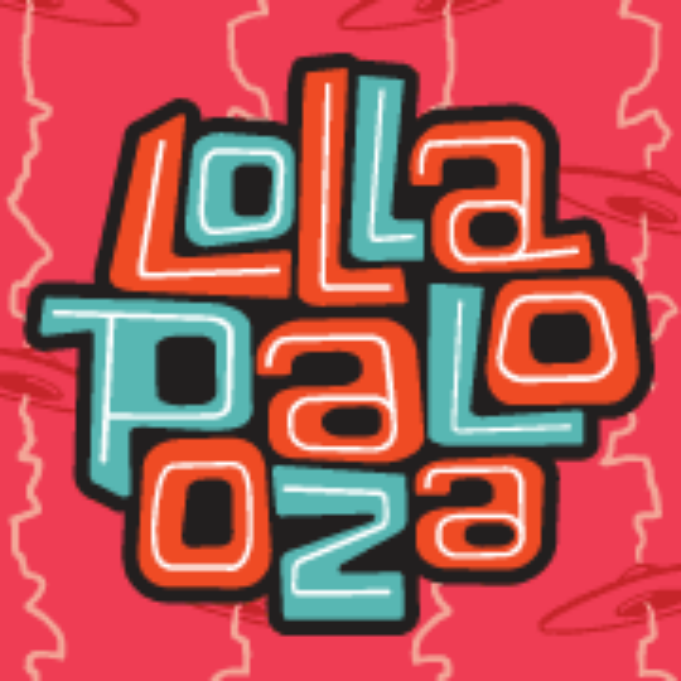 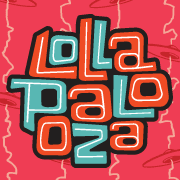 Lollapalooza 2014 – August 1-3 at Grant Park in Chicago – is headlined by Eminem, Outkast, Kings of Leon, Arctic Monkeys, Skrillex, Lorde, and The Avett Brothers, and also features Foster the People, Lucius, and BettyWho – acts that include Berklee alumni.

“The Berklee Lollapalooza scholarship is a natural and important extension of our long-term commitment to the arts,” said Charlie Jones, cofounder of C3 Presents, producers of Lollapalooza. “It has been an honor to partner with an institution that has trained so many artists who have played Lollapalooza in Chicago and internationally, and to create opportunities for these talented young musicians.”

“We’re thrilled that Lollapalooza, one of the biggest festival brands in world, teams up with the number one contemporary music college to bring scholarships to students who wouldn’t otherwise be able to attend our campuses in Boston and Valencia, Spain.” said Berklee professor Jeff Dorenfeld, who developed the partnership with C3 Presents.

After an extensive process that included auditions in cities across the U.S., Berklee chose singer-songwriter Jackie Foster to receive the full-tuition Berklee Lollapalooza Endowed Scholarship. In the spirit of Lollapalooza, the college aimed to find not only an outstanding musical talent, but also a musician with charisma, energy, and a strong interest in rock music who aspires to a performance career. 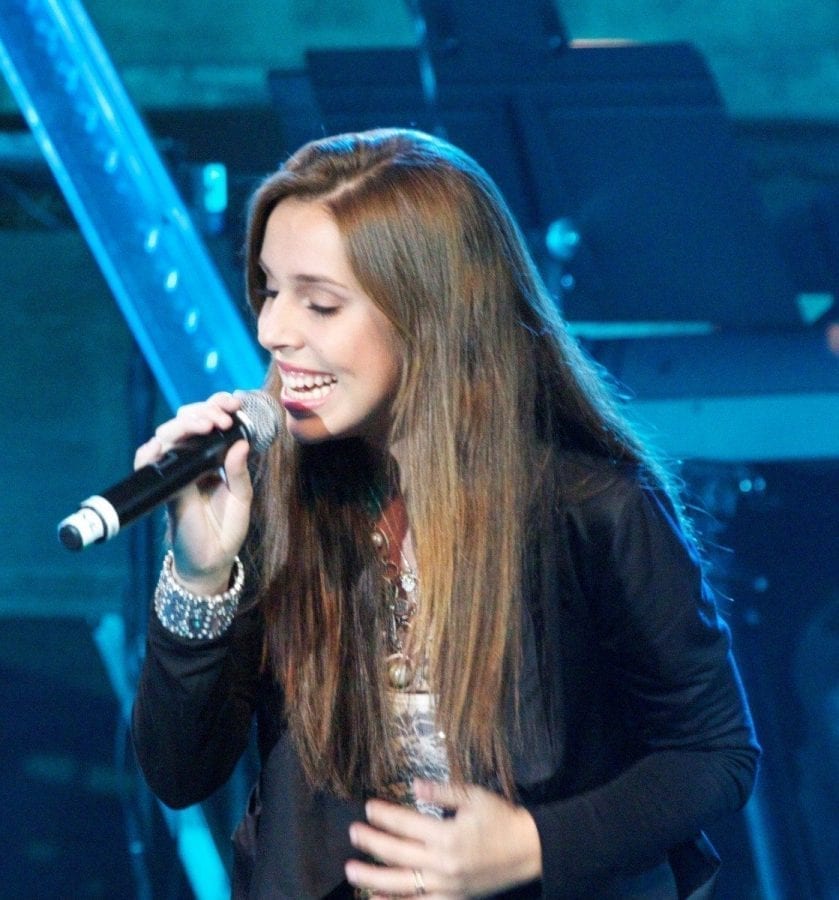 Jackie Foster is an 18-year-old vocalist from Poway, CA. In high school, she performed in choir and as lead soloist in jazz band, while developing her interest in rock, pop and blues. Foster twice attended Berklee’s Five-Week Summer Performance Program’s Rock Workshop on a full scholarship, preparing her to study at Berklee full time. “I was able to write my own original songs, arrange originals and covers with my band, record in professional studios, and perform at the Berklee Performance Center and other venues.” She continued writing and recording throughout high school, and performed at large venues including Petco Park, Qualcomm Stadium, and the San Diego Civic Theatre.

Foster plans to double major in performance and music business/management at Berklee with the goal of defining herself as a unique artist and performer, and learning the inner workings of the music industry. “I am deeply honored to have been chosen as the recipient of the Lollapalooza scholarship,” said Foster. “The gift will allow me to hone my skills and hopefully make them proud by one day performing on the stage at such a highly respected festival.”

The Berklee Lollapalooza Endowed Scholarship is endowed by Goldman Sachs Gives, a donor-advised fund. The scholarship was established at the recommendation of Berklee trustee Fran Bermanzohn, managing director and deputy general counsel of Goldman Sachs. 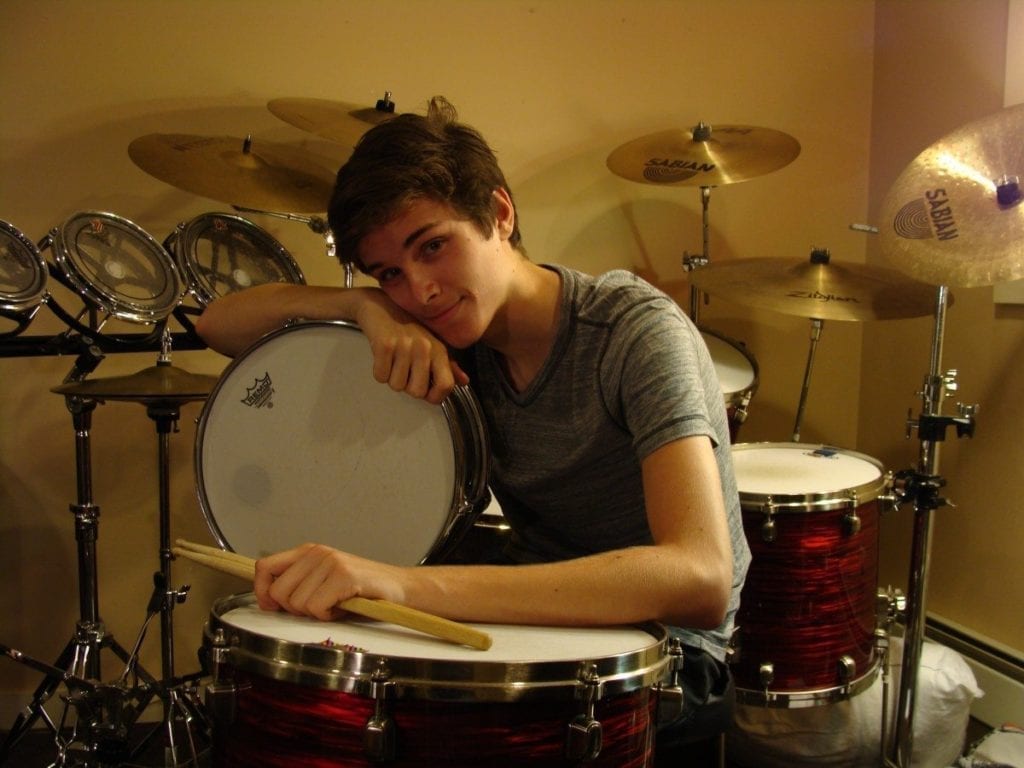 Aidan Simmons, a 17-year-old drummer from Oak Park, IL, is the recipient of the Berklee Lollapalooza Five-Week Scholarship, awarded annually to a Chicago-area musician. At the Five-Week Summer Performance Program (July 12 – August 15), he joins more than 1,000 teens from all over the world sharpening their skills in private lessons, ensembles, and concerts.

Simmons began playing in concert band as a percussionist eight years ago. As a freshman in high school, he was placed in the school’s senior level concert band. Simmons has taken private lessons from teachers including Berklee alumni Sol Garnier and Phil Brines. He has also performed with his school’s jazz ensembles and pep band, the Oak Park River Forest jazz combo, and the Oak Park River Forest show choir.

Simmons attended Berklee’s Five-Week Summer Performance Program in 2013. “I went to discover for myself if I have what it takes to be a professional musician. This summer, I hope to gain a better understanding of myself as an artist,” said Simmons. “Like any art form, the learning process behind music never ceases. Being recognized with a scholarship is a tremendous validation of the time and effort put in to developing my skills as a musician.” 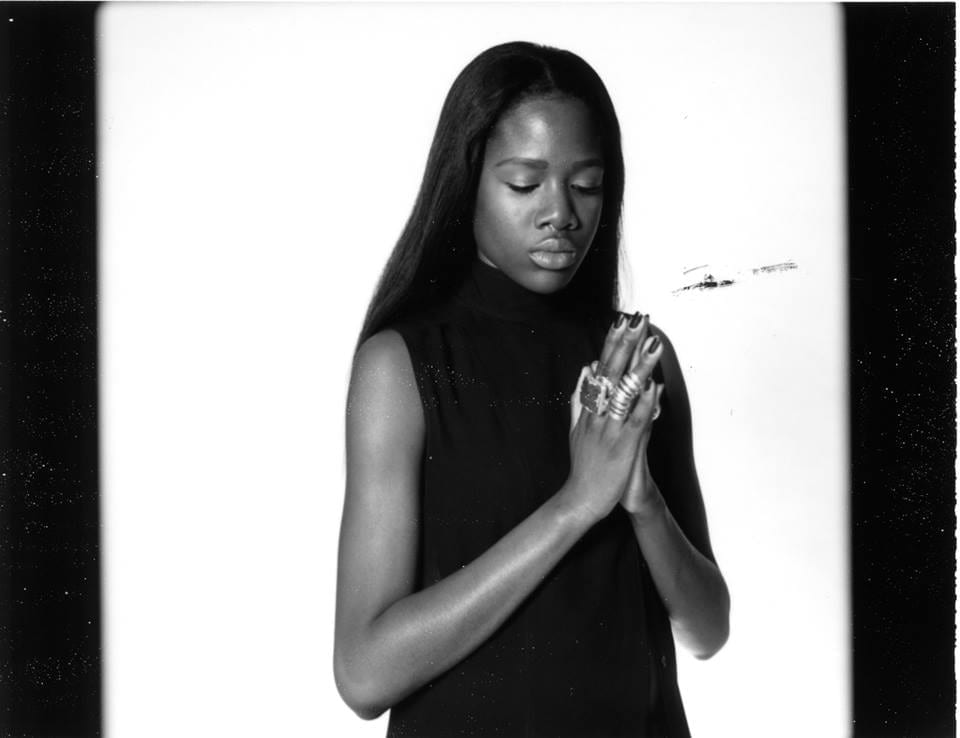 There is something alluring about Oyinda, the 22-year-old singer, songwriter, producer, and Berklee alumna. Depicted as a whirlwind of hair on her debut EP cover, with hands beckoning you to come closer, the New York-based, London-raised Nigerian songstress has a unique sense of cinematic storytelling that envelops you with its energy. Oyinda performs at Lollapalooza on Sunday, August 3, at 12:00 p.m. on Perry’s stage.

In 2013, Oyinda released the EP Before the Fall, which fuses together sounds from the British electronic scene with her love of pop. The record is emotionally intricate, containing modernity, sophistication, and soulfulness. “It presents the artist’s own vision of pop and that means very deep, subtle music with hypnotizing vocals,” wrote Other Side of Music. She translates her studio sound into a gripping live performance with her captivating demeanor and effortless singing. Oyinda also appears on Dorm Sessions 9, the latest release by Berklee’s student-run Heavy Rotation Records.

Six students from Heavy Rotation Records will also intern at Kidzapalooza, Lollapalooza’s family-friendly fest within the fest. The students host a silent concert, which has become a popular attraction. “Last year it really took off. It was so packed with kids, we couldn’t keep up with everything,” said Dorenfeld. The students are paired with kids on instruments-including bass, guitar, keyboard, and drums-that they play while wearing headphones. The instruments are connected to a laptop with Pro Tools and outboard gear through which a student mixes and engineers the concert. The engineer then sends the performance out to mixer/amps for the players and audience to listen through headphones.

Berklee College of Music was founded on the revolutionary principle that the best way to prepare students for careers in music is through the study and practice of contemporary music. For more than 65 years, the college has evolved to reflect the current state of the music industry, leading the way with baccalaureate studies in performance, music business/management, songwriting, music therapy, film scoring, and more. With a focus on global learning, Berklee in Valencia, a new campus in Spain, is hosting the college’s first graduate programs, while Berklee Online serves distance learners worldwide with extension classes and degree-granting programs. The Berklee City Music Network provides after-school programming for underserved teens in 45 locations throughout the U.S. and Canada. With a student body representing nearly 100 countries and alumni and faculty that have won more than 310 Grammy and Latin Grammy Awards, Berklee is the world’s premier learning lab for the music of today-and tomorrow.