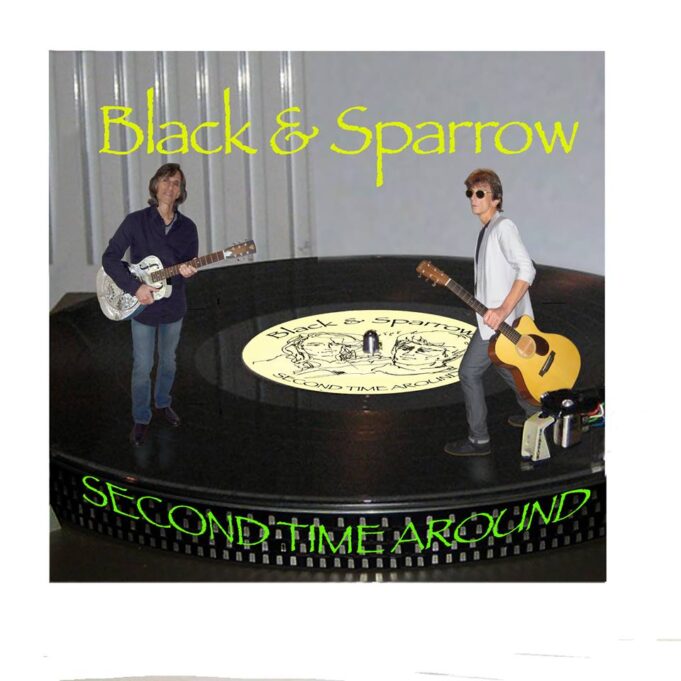 For musicians Klyph Black and John Sparrow, it’s been a long strange trip, but they keep coming back to make music together.  Their songs have

taken on a whole new dimension with a full band behind them on their brand new album called, “Second Time Around” which hit the airwaves back in February 2014.  Between them, they have over 60 years of musical experience and have not slowed down.

Klyph started out in the band Urgent, whose 80s hit, “Love Can Make You Cry,” appeared in the movie Iron Eagle.  In the meantime John was in a group called “Johnny Sparrow and the Vidals,” and it was at this time that they met through a mutual friend, hit it off, and formed “Black & Sparrow.”  This acoustic duo played for many years together before taking a hiatus to pursue other work.

Shortly after that, Klyph parted ways with the band to form “Rumor Has It,” was a member of the “Jam Stampede” for a short time, and sat in as a sideman to Michelle Shocked.  In the meantime, John scored the full-length movies, “Schmucks” and “Marie,” which he also had a major acting role in.

Now, after several years apart, “Black & Sparrow” is back together again picking up where they left off with new songs and sellout crowds.  First to join them was Randolph A. Hudson lll, a virtuoso on Baritone 6 and 12-string guitars, who’s played with the “Pychedelic Furs” and toured with “Bongwater.”  Then Mike Mazzaraco, a bass player, hopped on board.  He’s a graduate from The Conservatory of Music at SUNY Purchase, a studio owner, recording engineer, and a multi-instrumentalist.  Last but not least, James Benard on drums came next.  He’s studied with drumming greats Jack DeJohnette and Tony Williams, and attended the University of Miami with a major in Applied Percussion, Studio Music, and Jazz to become a world-class multi-percussionist.   As a bonus to Klyph and John’s acoustic guitars, Klyph brings his dobro and slide guitar to round out their sound.

Black & Sparrow will be making regular appearances at Stephen Talkhouse as well as going out on the road this June to Mexicali Live in Teaneck, NJ and The Space in Westbury, NY to promote the new album.  Their tight blues sound will delight audiences and “Second Time Around” is but a preview of music yet to come from this musical friendship.