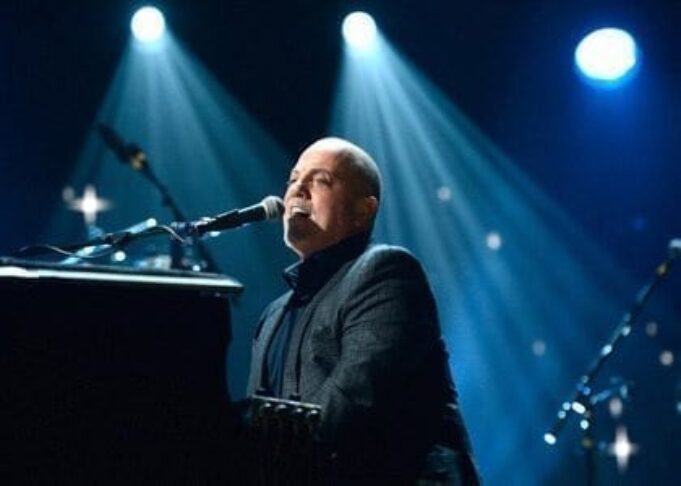 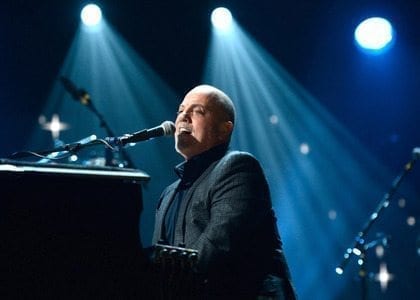 So, I made homemade color tickets for my wife in late January for her 45th Birthday to an undetermined Billy Joel Concert.  He’s taken up “Residency” at MSG for 2014 playing 1 show a month for 12 months. I didn’t have a particular date or even the tickets in hand, and every show is sold out, but what the heck I’ll work it out.  By dumb luck, a colleague of mine, who is also a part time ticket broker (I guess they retired the term scalper) overheard I needed tickets for the May 9th show and we had a brief 30 second conversation. In my email the next day, amazing free tickets to the exact show, in the exact section I wanted; provided we started doing business together.  (Not being in the music business and getting free tickets to a sold out show is pure elation!) 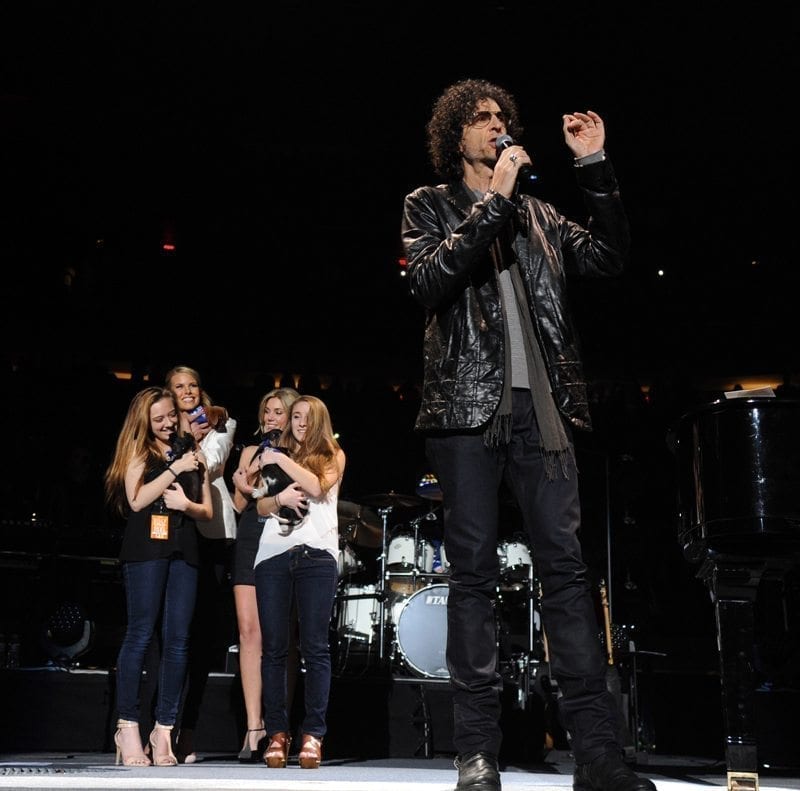 I had no idea it was Billy’s 65th Birthday until it ran across the news scroll the week before the show. My colleague who provided the tickets said, “I thought you specifically wanted his Birthday Show, that’s the toughest ticket to get?” I said “No, I had no idea”.  Dumb luck strikes again.

On to the show;  Lights go down exactly at 8:00. I guess I didn’t look at the stage set-up carefully enough, but it’s the mini-band set up on the front of the stage and out comes Gavin DeGraw. I didn’t know who it was until his second song. Gavin told a great story about seeing Billy Joel when he was 15 years old at the Albany Knickerbocker Stadium with his parents. After the show, Gavin told his father that’s exactly what he wanted to do. His father responded with “Son, I’m a prison guard at a Maximum Security Facility, whatever you do, don’t do what I do.”

By the third song Gavin was down on the floor in front of the stage dancing with a woman “Hey baby, what’s your name”.

For his fourth song, still on the floor, he starts with Justin Timberlake’s “Mirrors” and segue ways into ” I Don’t Want To Be”, and proceeds to go up into up into three side sections of MSG in addition to  taking a full lap around the entire MSG floor under the spot light while singing. This turns out to be the best way to get a crowd interested in an opening act. 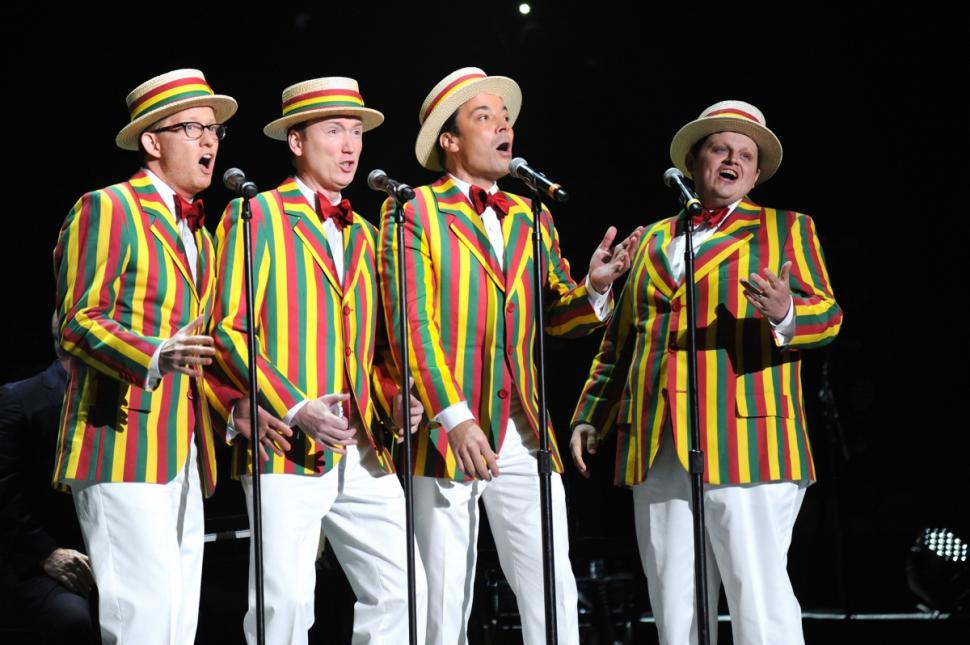 DaGraw closed with the only song I recognized, “Not Over You” and has won over the entire arena. He’s also from Brooklyn and is a Ranger’s fan, so that helps.

During the break a Billy Joel production guy comes out and addresses the crowd, and says, someone’s coming out, they’ll say a couple of words, Billy Joel will come out, we’ll turn up the lights and you’ll all sing happy birthday. All 20,000 of you got the secret?

Out walks Howard Stern, who doesn’t use a single curse word, explains that this a benefit show and all profits are going to the North Shore Animal League to provide “no cage” facilities. He’s accompanied by his lovely wife Beth Ostrosky, Billy Joel’s current girlfriend, and some pre-teen girls all who are holding puppies in hand, and yes, after the show, outside MSG, they’ve got multiple puppy mobiles stationed where you can adopt on the spot.  Howard introduces him as “St. Billy Joel” and leads the crowd in song. 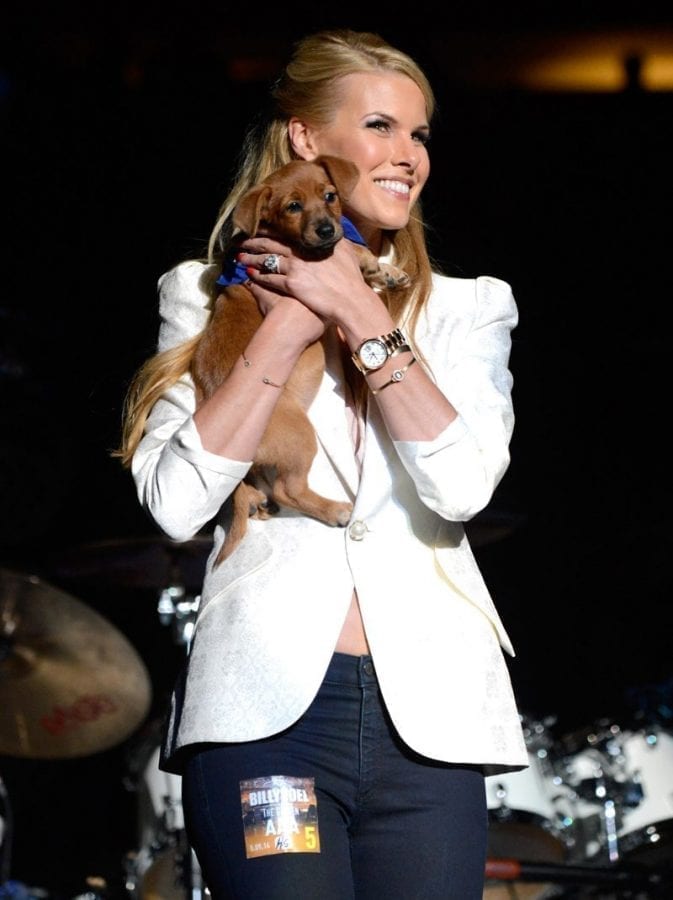 Billy Opens with “My Life” which if I thought about it in advance, should have easily been guessed. Next up is “Movin Out” (Anthony’s Song) anyone know why two names? And then into “The Entertainer”. I haven’t looked into any other set lists he’s played in the last year, but songs like Captain Jack, The Stranger, Only The Good Die Young, Vienna and Miami 2017 weren’t played tonight, so hopefully he’s mixing up the shows with different numbers and not mailing in the same performance.

Jimmy Fallon comes out midway through the 2 hour set and sang A Cappella with Billy Joel, on “The Lion Sleeps Tonight” he then pulls off his black windbreaker to reveal an orange and gold stripped blazer, was handed a “boater” hat by a stage hand, which is the required outfit of barbershop quartets and is joined by three other singers on stage to sing “Sweet” and another version of Happy Birthday while Billy Joel sits on his piano bench, smiling and very happy to be serenaded.

I always look forward to Billy speaking to the audience, he always has something salty to say, and he did not disappoint; Telling us he was using this Binaca like breathe spray to loosen his vocal chords, he once saw Ted Nugent use it, but it didn’t work on Ted’s voice, cause he wasn’t spraying it up his ass.

The minor issue I have, and this the “Everyone is getting old part of my review”.  Everyone is getting old! Most of my section was sitting between song 2 and song 11 and I felt let jerk, standing up dancing and blocking the view with my wife. Maybe I’m a little self-conscious, but I still have lots of energy and I’m not going to slow down anytime soon. Also, Billy really didn’t do any major piano solo work during the evening, except the required parts, like on Scenes from an Italian restaurant, letting the band to the heavy lifting.

From the video channel of crimmper

All in all a solid show, with a smattering of celebrity and it was a special night indeed. Billy has no intention of retiring until he’s dead.

To quote Billy during “Piano Man” at the show;

“It’s a pretty good crowd for my Birthday, the regular crowd shuffles in” 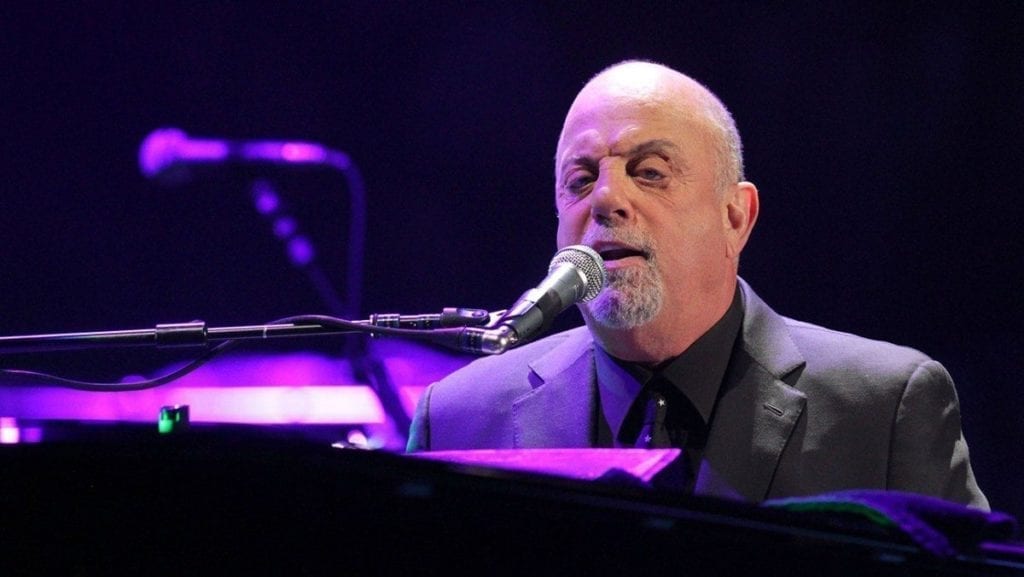 *Happy Birthday was sung by Audience and led by Howard Stern

My Life   (Appropriate for your 65th Birthday)

The Ballad of Billy the Kid

Everybody Loves You Now 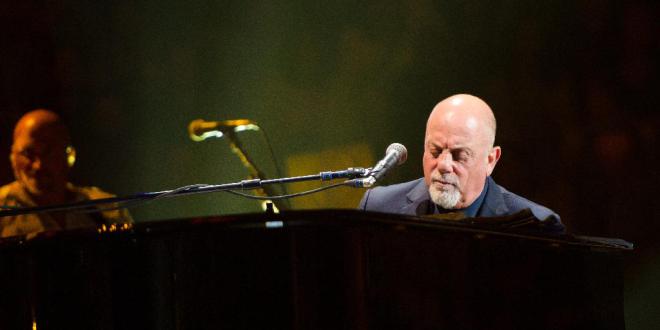 Sweet and Happy Birthday by Jimmy Fallon and three additional singers for a barbershop quartet, complete with costumes.

Don’t Ask Me Why

Scenes from an Italian Restaurant (Best song of the night!!)

It’s Still Rock and Roll To Me

You may be right (With Gavin DeGraw)

Billy Joel  Vienna Waits For You