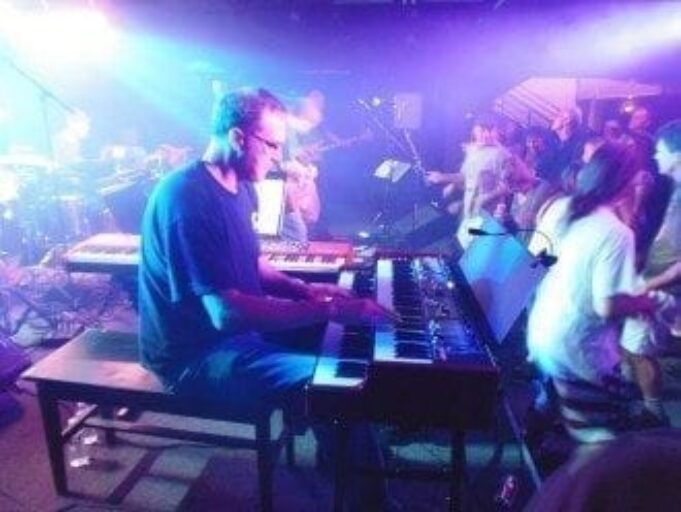 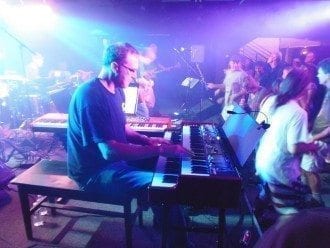 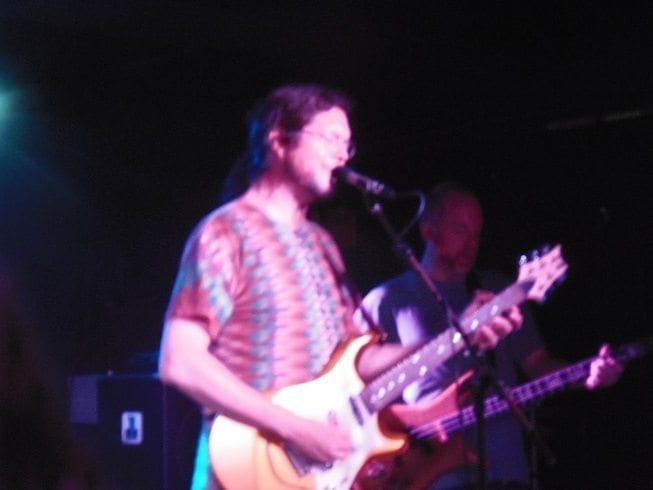 It should be no surprise to anyone who reads this little corner of the internet that here at LMNR we are big fans of the John K. Band.  Since seeing them for the first time around 2.5 years ago in the nation’s capital, we’ve been closely watching the rise of this great band.  On this night the band featured Nathan Graham on drums, Katy Gaughan on percussion, Paul Grepps on keys, Larry Joseloff on bass and of course John Kadlecik of Phil Lesh and Friends, Furthur and formerly of Dark Star Orchestra on guitar and vocals.   Lizzy Loves wasn’t able to make it up to Boston as she prepares for the miracle of life, though I heard she was planning on being at the Mighty High festival the next day.

Check out the review of the John K. Band show in NYC from April here with videos of new material.

I was lucky enough to be inside for sound check, which coincided with the doors opening to the public.  The band started up the Motown classic Second that Emotion, and though it was just sound check the house lights came down and suddenly we were emersed in the full band experience.  Folks streamed into the venue and filled the stage front and the full on boogie and show began unexpectedly.  The band finished the check which felt more like a one song set than a sound check, and then retired to prepare for the show.  The buzz was electric as more people streamed into the show.

Set one started with another Motown classic, How Sweet It Is.  This version was true in spirit to the Jerry Garcia Band version, and the crowd maybe was anticipating a first set filled with covers, whether from Motown or the Grateful Dead songbook.  What followed however was a set filled with Kadlecik originals, commencing with Sister Smiles, a song originally recorded with Kadlecik, Greg Anton and Melvin Seals in their band The Mix and written by Robert Hunter.  After that five songs all written by Kadlecik for the John K. Band and most having premiered in the last few shows:  Hard Highway, Liquid Silver into a rollicking version of River Run.  (Hard Highway and Sister Smiles both have lyrics written by Eric Colson.)   Then came an earlier original, Desert Trance which had all of the mystery and intrigue that the song’s written form promises, and the set one closer, Great Vehicle,  a happy and fun song suiting the personality of this band quite well. 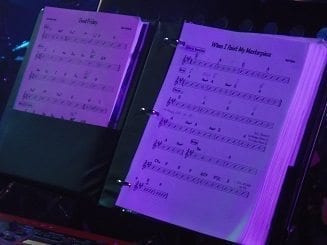 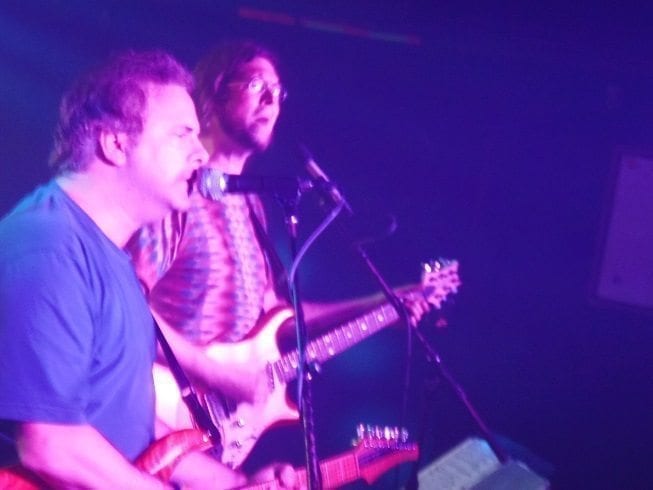 Set two began with an additional person onstage, Jim Harris of the local Dead tribute Playing Dead had taken up residence on guitar and vocals right next to Kadelcik in the middle of the stage.  The two guys had played together before as Harris is a former member of Dark Star Orchestra, but he indicated to me that they had not played a note together in some fourteen years.  You could not tell though, as their guitar partnership was extremely strong from the opening licks.  Fans were rewarded with a second set that was completely Grateful Dead covers.  The opener Shakedown Street was energetic, and Joseloff’s enthusiasm for the bass lines was evident as he bounced all over his corner of the stage.  A solid When I Paint My Masterpiece led into Sugaree.  A very strong Man Smart Women Smarter came next and gave way to a Drums anchored by Graham and Gaughan.  The rest of the members took refuge off stage while these devils created their own stirring rhythms on stage.

Check out the review of the final Allman Brothers show on the March beacon run in NYC here.

The band came back to the stage for a short Space interlude that led into Fire on the Mountain.  So Many Roads followed and segued into the set closer Not Fade Away.  After a very short break away from the stage the band returned for the encore, and though it is a cover, it really feels like a John K. Band original at this point, Poi Dog Pondering’s Everybody’s Tryin.  A very positive and cheeful end to a night filled with smiles and happiness.

Jim Harris’ presence was excellent on this night, allowing Kadlecik to soar on lead guitar.  His backing vocals were a perfect addition in the absence of Lizzy and there was just a solidity to the whole band that was a benefit.  This really seems to be the spirit of the band, to bring light to the stage and thereby bring light to their audience.  This is one of the most positive bands I’ve seen and I look forward to their shining their light for years to come. 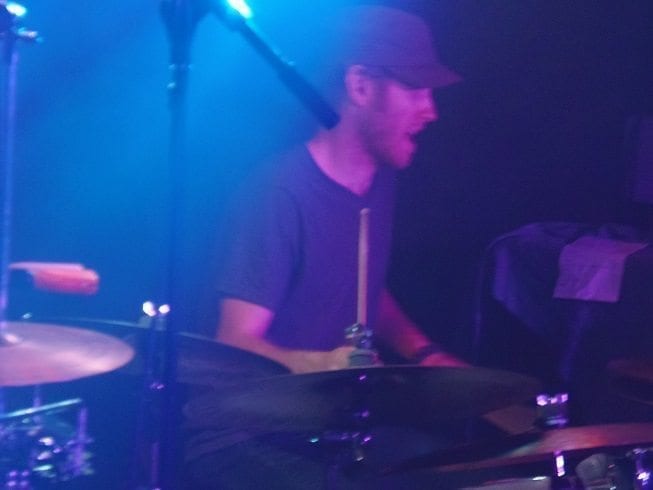 Check out the review of the John K. Band show in NYC from April here with videos of new material.

Check out the review of the final Allman Brothers show on the March beacon run in NYC here.