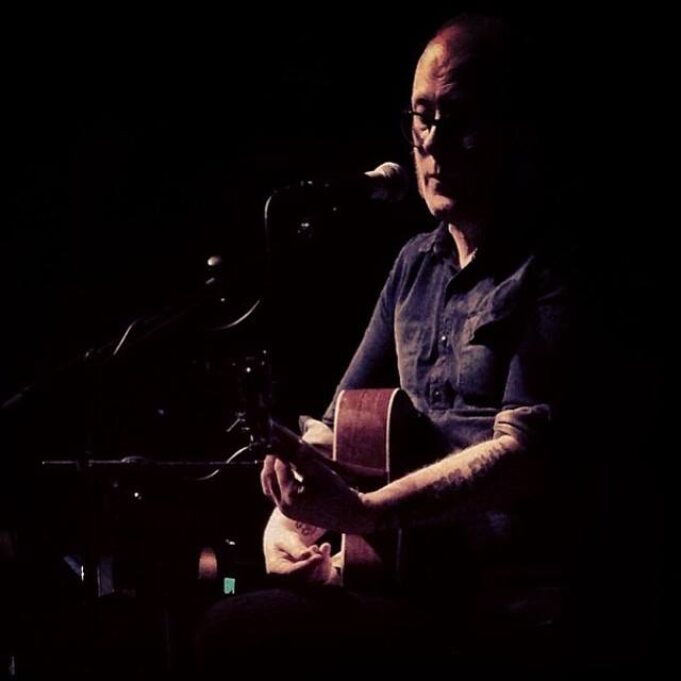 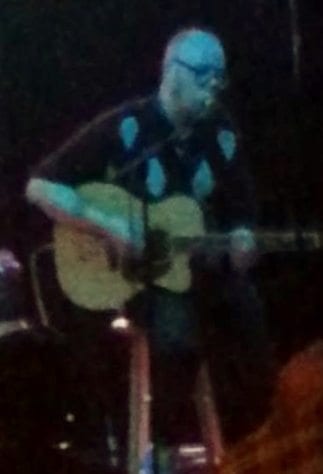 The clever troubador that is Mike Doughty made his return to rural New Hampshire and the Stone Church with two shows on April 26, 2014.  This intimate show was a great way for fans to interact with the former Soul Coughing Front Man in his Question Jar show format. From the show opener Unsingable Name into (You Should Be) Doubly (Gratified.) to the double encore Doughty reached out to his fans and embraced them with his humor and music.

Fans of Soul Coughing were rewarded with acoustic versions of $300 and Super Bon Bon.  Folks more familiar with Doughty from his recent book The Book of Drugs were able to get to know him through a jar in which slips of paper were place by fans.  Silly requests for dates or personal info were interspersed with song requests and more cerebral queries.  “Which of the Circles of Hell would you expect to visit were you to be sent…”  The answer:  Heresy.  The question and answer period was more jocular than anything, but provided an interesting interlude between songs yet did not disrupt the flow of the music.

Original songs flowed out in Doughty’s casual and easy style including Down on the River by the Sugar Plant,  True Dreams of Wichita, Ossining and Put it Down were all powerfully performed. Some obscure or unexpected covers were also featured including Red House Painters’ Mistress, Thin Lizzy’s Running Back and oddly enough, John Denver’s Country Roads, perhaps an homage to the rural location of the roadhouse.

Down on the River by the Sugar Plant

Doughty ended the show with a great version of Circles, followed by his fake last song I Hear the Bells from Haughty  Melodic.  After faking an exit and delaying the requisite 90 seconds, he just turned back to face the audience for a two song encore including 27 Jennifers and his hit, Looking at the World From the Bottom of a Well Song.  The night was great, and Doughty proved himself to be entertaining and a great story teller.  His affable manner and easy going style do not hide the depth of his songwriting, which is nuanced and intriguing.  While he’s not a technical wizard at either guitar or voice, his ability to turn a phrase and weave a tale is remarkable, and the combination of his great qualities make for a great stroll into his personal world.

Looking at the World From the Bottom of a Well Song.

(You Should Be) Doubly (Gratified)

Down on the river by the Sugar Plant

Navigating by the Stars at Night

I Hear the Bells

Looking at the World From the Bottom of a Well.