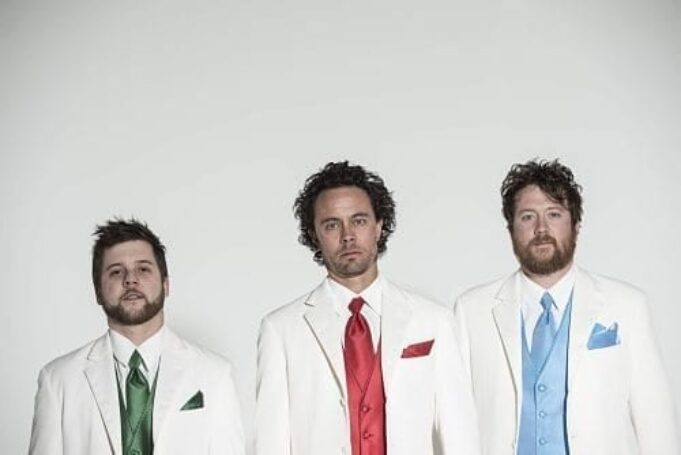 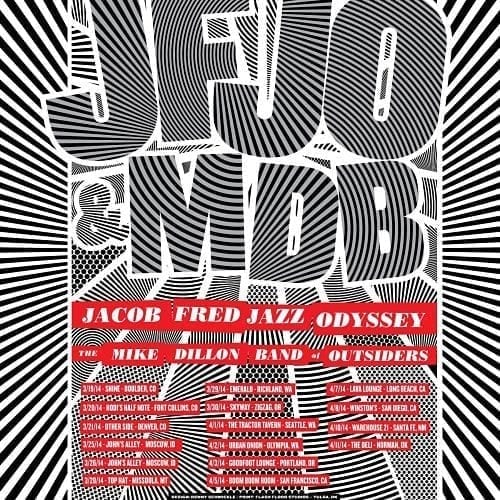 TO TOUR WESTERN US TOGETHER MARCH & APRIL

The Mike Dillon Band and Jacob Fred Jazz Odyssey are set to launch a 16-date tour of the western United States. The run kicks off with three shows in Colorado beginning in Boulder on March 19. It then cuts North to Idaho and Montana before heading to the Pacific Northwest followed by a stretch down the West Coast to San Diego. The tour wraps in April with shows in Santa Fe, NM and Norman, OK. The co-billed dates between Mike Dillon and Jacob Fred Jazz Odyssey have deep historical significance as the artists have shared stages and collaborated for almost two decades. JFJO pianist Brian Haas first saw Dillon perform when he was a teenager in high school.

Check out the article about the Jacob Fred’s Jazz Odyssey album FRAMES recorded with Matt Chamberlain. 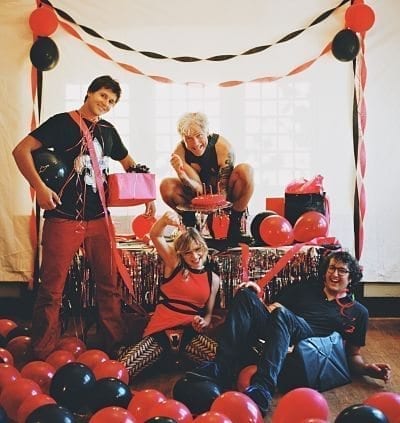 “The first time I saw Mike Dillon he was buck ass naked taking a timbale solo with Billy Goat at Eclipse in Tulsa,” says Haas. “I was 17 and it changed my life forever. Now JFJO is doing an entire tour with this amazing man and his brilliant band. We can’t wait to get out there and play these shows.”

Mike Dillon will release his next studio album, Band of Outsiders, on April 1. The 13-track effort, featuring his band comprised of Carly Meyers on trombone, Patrick McDevitt on bass and Adam Gertner on drums, careens between musical styles, including punk, Brazilian, math rock, New Orleans, jazz and old school hip-hop. The results capture the group mind established between the four musicians while playing over 220 shows in 2013.

Jacob Fred Jazz Odyssey celebrate their 20th anniversary in 2014. The Tulsa-based institution recently returned to a trio format featuring founding member Brian Haas on piano and Rhodes, Chris Combs on electric and lap steel guitars and Josh Raymer on drums. They’ll release a limited edition LP on Record Store Day, April 19 entitled Millions: Live In Denver. The set was recorded over four sold out shows at the revered Denver jazz venue, Dazzle in November 2013. It presents JFJO digging deep in their repertoire to perform songs that they hadn’t played live for many years.

Both the Mike Dillon and JFJO albums will be released by independent Brooklyn record label, The Royal Potato Family, who celebrate their 5th anniversary in 2014.

Hear Mike Dillon Band’s “All Walks of Life” from Band of Outsiders here. 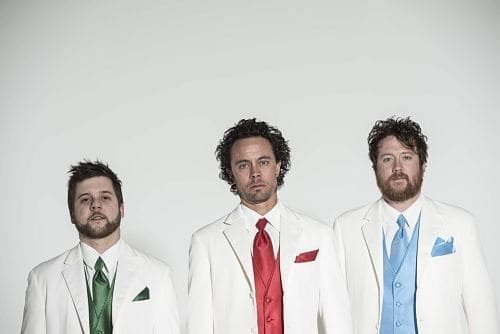 Check out the article about the Jacob Fred’s Jazz Odyssey album FRAMES recorded with Matt Chamberlain.

Check out the article on Mike Doughty’s tour dates for his Question Jar shows.

Check out the article on the tour dates for the Cowboy Junkies.