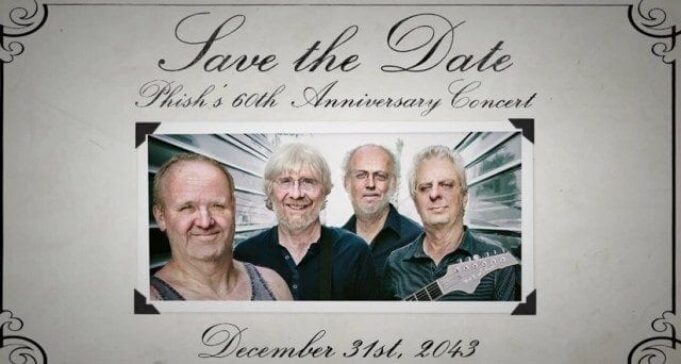 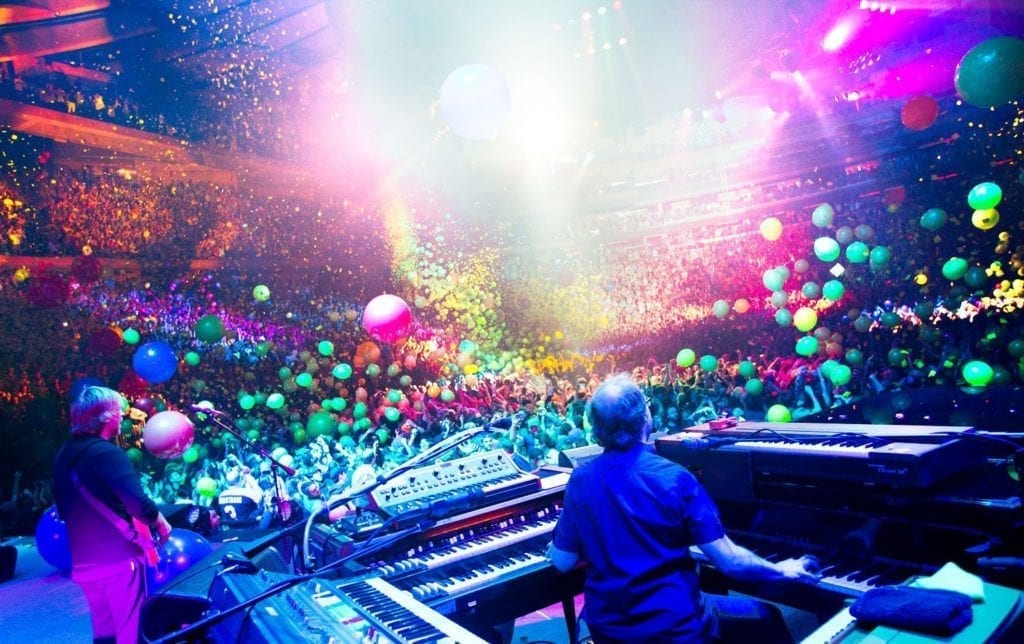 “As tenured Phans are concerned, I was a late bloomer onto Phish lot.  I graduated high school in 1999, spending most of it listening to classic rock bands like Led Zeppelin, Pink Floyd, Aerosmith, and The Allman Brothers Band.  I came to find out that a lot of my friends were really into Phish and although I thought I had some idea of what they were up to, it took me until my first year at Plymouth State College (NH) in 2000 for me to really get hooked.  Of course by then, Phish had started their first hiatus and I’d have to wait more than two years to see them live.

“My first show was MSG 12/31/02 and I was like ‘Are they ALL like this?!?’  That show, with the ‘Tom Hanks’ tease, snowfall and snow fairies, and a most epic balloon drop changed my perspective on what live shows could be like, what they SHOULD be like.  It also immediately left me wondering what I had missed.

“I started exploring Phishtory, hoping to glean some insight on what it was like to be there when it was all happening.  ‘Bittersweet Motel’ helped a lot.  I was fascinated with the aura around the band and the lore that made being on the road with them so alluring.  I enjoyed engaging in conversation with Phans about their experiences, trying to learn whatever I could.  Some were disillusioned, saying to me, ‘It’s not the same’ and ‘You thought that was good?  You should’ve been at such and such…’  I decided I was going to create my own life experience with Phish. 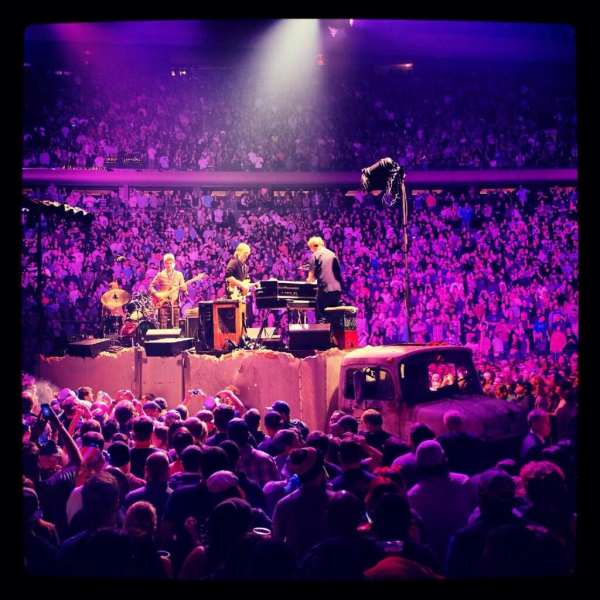 “I caught one Summer Tour show in 2004.  I didn’t go to Coventry.  It just wasn’t in the cards.  Before then, Phish had announced their break-up and it just didn’t feel right to be just getting started on tour with so much emotion in the air.  Through the years between then and 2009, I kept Phish as the background music to my life and when they announced that they were coming back, I knew it was time to seize the day.

“I went to all three nights in Hampton ’09 (The first night being my favorite show until NYE ’13).  I went to Phenway.  I practically lived at SPAC.  I raged Superball.  46 of my 48 shows (including five at MSG) have been 3.0 shows.  They have all run together into one incredible experience, practically indivisible from each other carrying equally joyful sounds and experiences… until now.

This year’s NYE performance brought me closer than ever to the band I’ve loved and now to whom I’ve dedicated my career.  With the ‘official’ date of Phish’s 30th anniversary passing before the MSG run, it was still anyone’s guess what the gag would be.  With the conclusion of the first set and the JEMP video appearing on the screen, we knew we were in for something special.  Upon realizing that the mic stands on the top of the truck were fashioned from hockey sticks, it became apparent that Phish had held out for the last show of the year to celebrate their anniversary!

“…despite being an awesome cover band, they played nothing but originals (except Auld Lang Syne) across the entire 4 night run. I thought that was a great touch.”   Derek Kipp

The second set with parts of Gamehenge in it brought me as close to the earliest events in Phishtory as I will ever come.  I finally had my piece, however small, of 1.0.  The 30 year montage that preceded the encore was special for me, too.  As the memories rolled by, those that witnessed each event cheered loudly for their part in creating what has become an anthology of experiences.  My first show appeared on the screen, followed by many images that I got to see in the flesh.  I cheered exuberantly!  My experiences were part of Phish lore, too.

The most impactful moment of the night was in its final minutes.  As the words ‘Save the Date: 12/31/43’ rolled across the screen, the words Trey spoke about Phish playing for another 30 years hit home.  Phish is back… for good!  We’re in for many, many more life-affirming shows, journeys, and experiences.  I, for one, will see you there.  Let the good times roll! 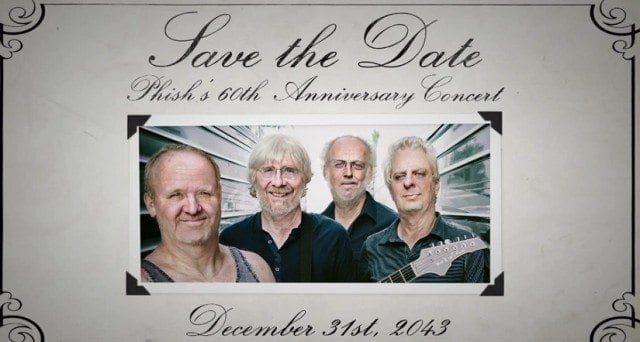 From the video channel of sequoia240

About the Author:  Dave Brunyak has been a well known member of the New England live music community for some two decades.  He has been a member of and led many projects including a stint in Pink Talking Fish and years running his own Phish tribute called the Phreaks.  MSG NYE was his 48th Phish show and his third visit on New Year’s Eve to see his favorite band in New York (’02, ’11, ’13).