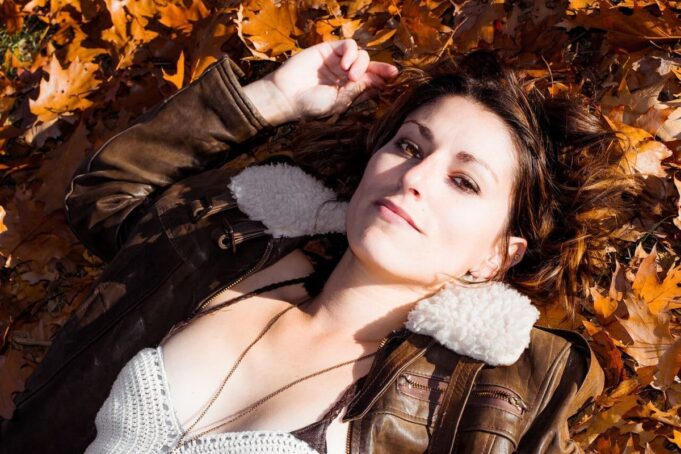 The first time I saw Sarah Blacker she was opening for another local band (Air Traffic Controller) at Club passim in Cambridge, MA about a year ago (March 9th 2012 to be exact…isn’t google wonderful?). I was immediately taken in by her music and lyrics, her personal style, and her natural, easygoing vibe. I must admit that I find it hard usually to ‘fall in love’ with a woman’s voice.

For some reason I just always naturally gravitate toward men’s voices. However, hearing Sarah perform live stole my heart upon first listen. Her voice was sweet and powerful, crystal clear and strong, multifaceted and interesting and overall heartwarming. Her genuine smile showed that she loves what she does and has tons of fun while doing it. I was taken in by her warmth and the way she interacted with the people in the room…and the deal-sealer- she made me feel like I was a longtime friend.

Blacker’s songs were personal and sincere. We spoke after that show and all the emotion I felt was confirmed. She is one of the friendliest people in the biz. I picked up an EP called Sarah Blacker Live at WERS with 3 lovely tracks. Since then I’ve seen her perform several more times and was lucky enough to sit in behind the scenes a couple of times in the studio at 88.1 WMBR out of MIT where she not only performed as a guest on the show Droppin’ Knowledge but became a co-host of the show for awhile alongside regular host Joe G.

Fast forward to March 22nd 2013. Once again I’m at Club Passim. This time Sarah is headlining and I have come specifically to see her. Sarah is playing new material from her forthcoming album Precious Little Things, which is tentatively targeted for a June release.   She is surrounded on stage by some pretty heavy talent: Eran Shaysh on percussion, Chuck Fisher on guitar and Sean McLaughlin on bass. They all gel together and make everything seem so easy and sound so fantastic. They are all having a great time and it is infectious.

Sarah’s set opens with a sweet cover of Blue by Joni Mitchell and then she flows into her own material, some older and some newer: Pluggin’ Away, Knocked The Winds (there’s a beautiful official music video of this on her Youtube channel), Shiver, Cowboy, I’m Like A Train, My Lord (a personal favorite of mine), then with Sarah plucking on ukulele The Most Beautiful Thing and Perfectly Imperfect (which has great backing harmonies), Bad I Been (a tongue in cheek apology to her parents for becoming a musician), and finally These Summer Nights.

After we all think we’ve heard everything she treats us to an encore called Revelry of Heart that’s an a cappella style, foot stomper that calls to my mind Nina Simone’s Be My Husband. After the show she takes the time to talk to everybody waiting for her, including warmly greeting me, my husband and our 7 year old daughter (who had also accompanied me that first time I saw her). She even takes a picture with my daughter who is wearing a Sarah Blacker baseball cap. We are all big fans.

Why not be more like Johanna Port?  Submit your reviews and article ideas to [email protected]   Consider the glory!