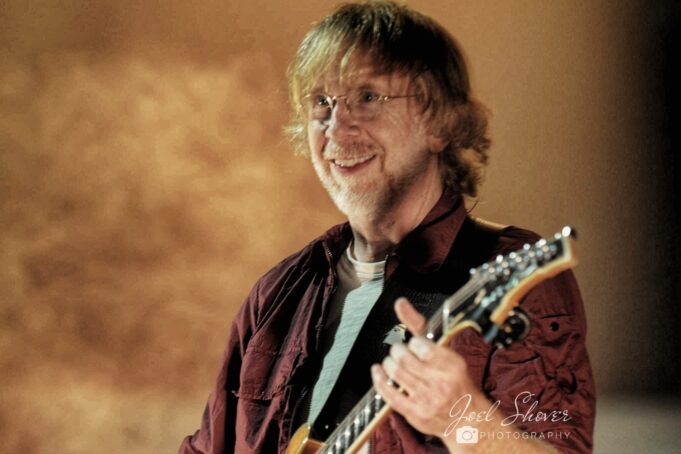 Seems the only thing getting more buzz than Taylor Swift were the fans at UMASS Lowell for Trey Anastasio Band and Goose. This jamfunktasic collaboration had me curious from the announcement! I would finally get to see what all the Goose hype is, as my friend Andy has told me since seeing them put jam down at Floyd fest in 2019 to go see these guys! Trey Anastasio sure knows how to pick them, because these guys hit the stage with not only a mystical swagger about them but the rock and roll jam force to back it up! Goose is “The Real Deal”.

The scene outside the Tsongas center was very similar to that of a PHISH show, which is somewhat reminiscent of a Grateful Dead show, which is very much like a Goose show which brings us to where were at folks! We know we can’t stop time and the music will carry on in whatever shape or form it takes from the foundations of what got us here in the first place! Goose (formed in 2014) are from Norwalk, CT, they are: Peter Anspach – keys, guitar, vocals, moustache aficionado; Rick Mitarotonda – vocals, guitar; Trevor Weekz – bass; Ben Atkind – drums: and Jeff Arevalo – vocals, percussion, drums.

The friendly staff had no problem ushering in the crowd from the rains that fell. I looked around the arena and thought how much this night reminded me of the late 80’s early 90’s PHISH Shows! There’s something very special about concerts in hockey arenas, and tonight would be no different!

The lights went down as Goose took the stage for the second night of an eight-night run with the Trey Anastasio Band and the crowd was greeted by Anspach himself before they set off into their set. As I fired away pictures on my Nikon, I couldn’t help but think why the hell have I not seen these guys? I was down and feathered with the first note! If you’re not on this funk filled music train you are missing out! The band laid down a seven song 90-minute set that included Trey Anastasio himself on two songs! They energy in this venue was on fire! And there was still more music to come as they completely overhauled the stage for TAB.

Echo of a Rose

Arcadia
(with Trey Anastasio) (Trey on guitar and vocals)

Check out the full gallery of GOOSE photos from this night by Joel Shover here.

The beats didn’t stop there as Trey continued the groove with Gotta Jibboo. As I stated before, the energy in this room was out of this world amazing that I was reminded that I’m living A Life Beyond the Dream. Anastasio had two more originals, Simple Twist Up Dave, and Dark and Down before calling on Rick Mitarotonda and Peter Anspach back up on stage for smoking rendition of Back on the Train into an epic version of Steam.

The Tsongas Center was steaming at this point but the music wasn’t over as Trey Anastasio performed an acoustic version of Phish’s Theme From the Bottom. Rick Mitarotonda then joined Anastasio onstage for a duo acoustic Strange Design Phish cover. I was then an all-out musical blitz with both bands performing Massachusetts most profitable anthem Blaze On into a drum jam to send us all home.

Check out the full gallery of TAB photos from this night by Joel Shover here.

From the video channel of Skelator Revisited

A Life Beyond the Dream

Back on the Train (with Rick Mitarotonda and… more )

Steam (with Rick Mitarotonda and… more )

Blaze On (with Goose)

Outro Percussion Jam
(Members of TAB and Goose on various percussion marching out, led by Cyro)

Check out the full gallery of TAB photos from this night by Joel Shover here.

Check out the full gallery of GOOSE photos from this night by Joel Shover here.

Go See Live Music…… Till The Next Show…. Joel 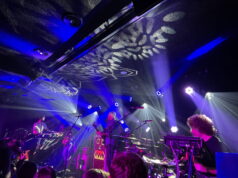