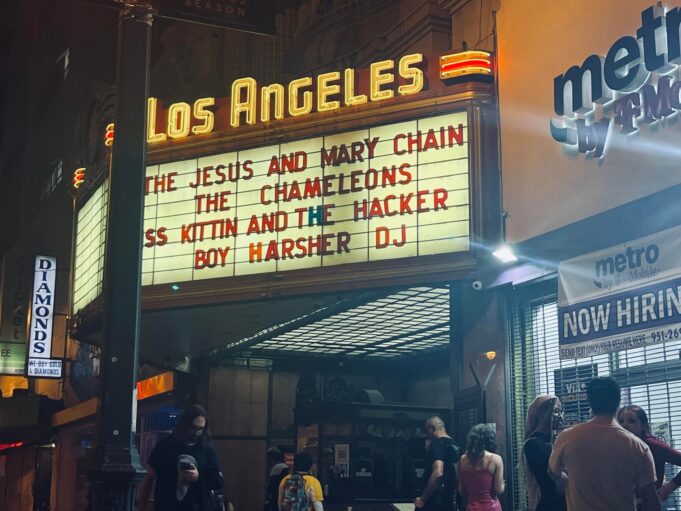 One of the biggest highlights of the night on October 21st was the exciting, fresh, original and relevant performance by The Jesus and Mary Chain, consisting of brothers Jim and William Reid. The band was formed in South Lanarkshire, Scotland in the 1980s and rose to international prominence. This seminal band has served as an inspiration from everyone to My Bloody Valentine to Dinosaur Jr. and were themselves influenced The Velvet Underground, The Stooges and diversely by Phil Spector and Brian Wilson.

The Jesus and Mary Chain reveled in celebrating pop convention and alternatively subserving it.

The Jesus and Mary Chain SETLIST:

Something I Can’t Have

All Things Must Pass

Another compelling highlight of the evening was watching The Chameleons perform live. They are an atmospheric pop band that never achieved mainstream success but a devoted cult following, who formed in Middleton, Greater Manchester in 1981. The Chameleons have inspired Oasis, The Verve, Editors, White Lies, The Slow Readers Club, The Flaming Lips and Interpol.

The capacity crowd response was positive and overwhelming enthusiastic as the audience filled the main ballroom to watch both seasoned and critically lauded acts play.