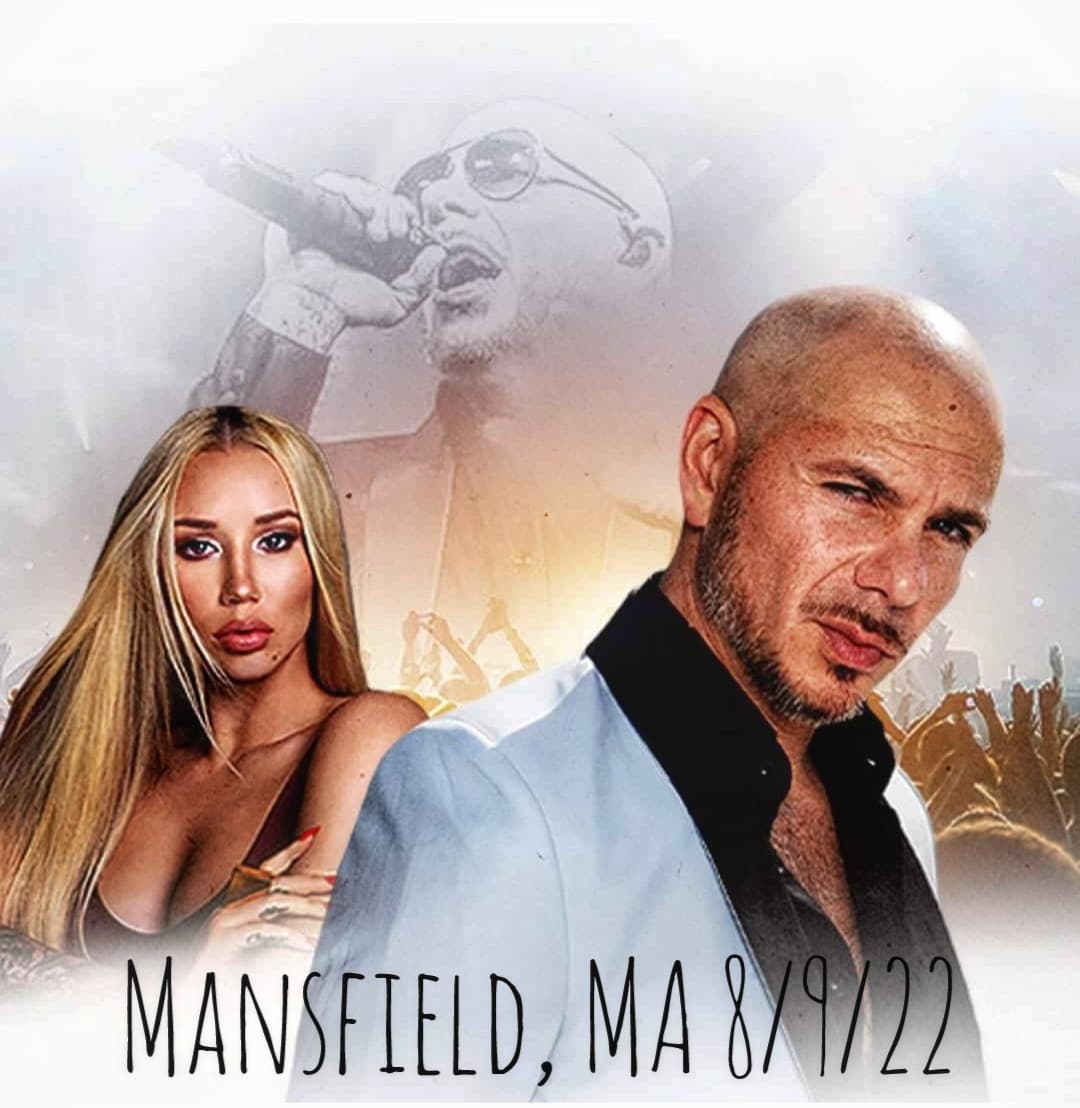 Mr 305 is joined by Iggy Azalea at the XFinity Center in Massachusetts August 09 2022. By Joel Shover

Mr. Worldwide and Iggy Azalea still felt good as they brought their new Can’t Stop Us Now Tour back to Xfinity Center in Mansfield, MA on Tuesday Aug 9th 2022. Recently it was announced that the show had sold out. It was with great anticipation that this night would be blowing last year’s stop out of the water. Fans came en masse as traffic was backed up on I495 mid-afternoon trying to get into the parking lots.

Once parking was secured the light tailgate parties began with some grilling and chilling. This young crowd came to party with the man from 305 himself tonight, as they raged in the lots sharing only the positive vibes PITBULL brings. The weather was hot and sticky but from the looks, everyone was dressed appropriately. The crowds made their way into the sold-out Xfinity Center to grab some fresh concert merch on the way to their seats.

As if the night wasn’t hot enough here came the famed Iggy Azalea looking hotter than ever with her entourage of dancers to the extreme delight of the crowd as she kicked off the party with the hit “Work” she wasted no time dropping bass bombs as little “Sally Walker” came walking down the street. Iggy was delighted to be back in Mansfield as she told the crowd how excited she was when she saw the stop on the tour! Azalea played a hot, and I mean HOT, 14-song set that also included the Ariana Grande cover “Problem” and everyone’s favorite “Fancy” as she showed she had every fancy move in the book!

Check out the gallery of photos of Iggy from this night here.

How do you cool down from that? You don’t! You just keep the party going and that’s just what PITBULL did as he burst onto stage with and abundance of energy to hit “Don’t Stop the Party”. Smoke rose from the stage Mansfield was so hot.

Mr. Worldwide called out to all the ladies in the crowd with “Hey Baby (Drop It to the Floor)” and reminded them to don’t bring their cell phones to the hotel, motel, Holiday Inn, with the hit “Hotel Room Service” Pitbull acknowledged the group of fans with the Cuban flags in the front row.

The rest of the 24-song set included covers like Livin’ on a Prayer (Bon Jovi), Sweet Child o Mine (Guns & Roses) along with other top hits including “Fireball”, “International Love”, “Give Me Everything” and of course, “Can’t Stop US Now”.

If you are looking for a high energy party look no further than a PITBULL/IGGY show. Be sure to look for your tickets to next year’s show at the Xfinity Center in Mansfield, MA.

Echa pa’lla (manos pa’rriba)
Discoteca
(IAmChino cover)
Whoomp! There It Is/Pepas (Remixes)
I Feel Good
On the Floor / I Like It / All Night Long (All Night) / DJ Got Us Fallin’ in Love
The Anthem
Shake / Culo / I Know You Want Me (Calle Ocho)
Hit the Floor/Toma
Hot / Gasolina
(Daddy Yankee cover)
Livin’ on a Prayer
(Bon Jovi cover)
Feel This Moment
Fireball
Intro (Ivandoggy)/Don’t Stop The Rock/Give It All You Got/Move Shake Drop/Jump Around (Remixes)
Timber
Can’t Stop Us Now
Time of Our Lives
Give Me Everything

Full gallery of photos from Pitbull on August 09 2022 located here.

Go See Live Music…. Till The Next Show………. Joel