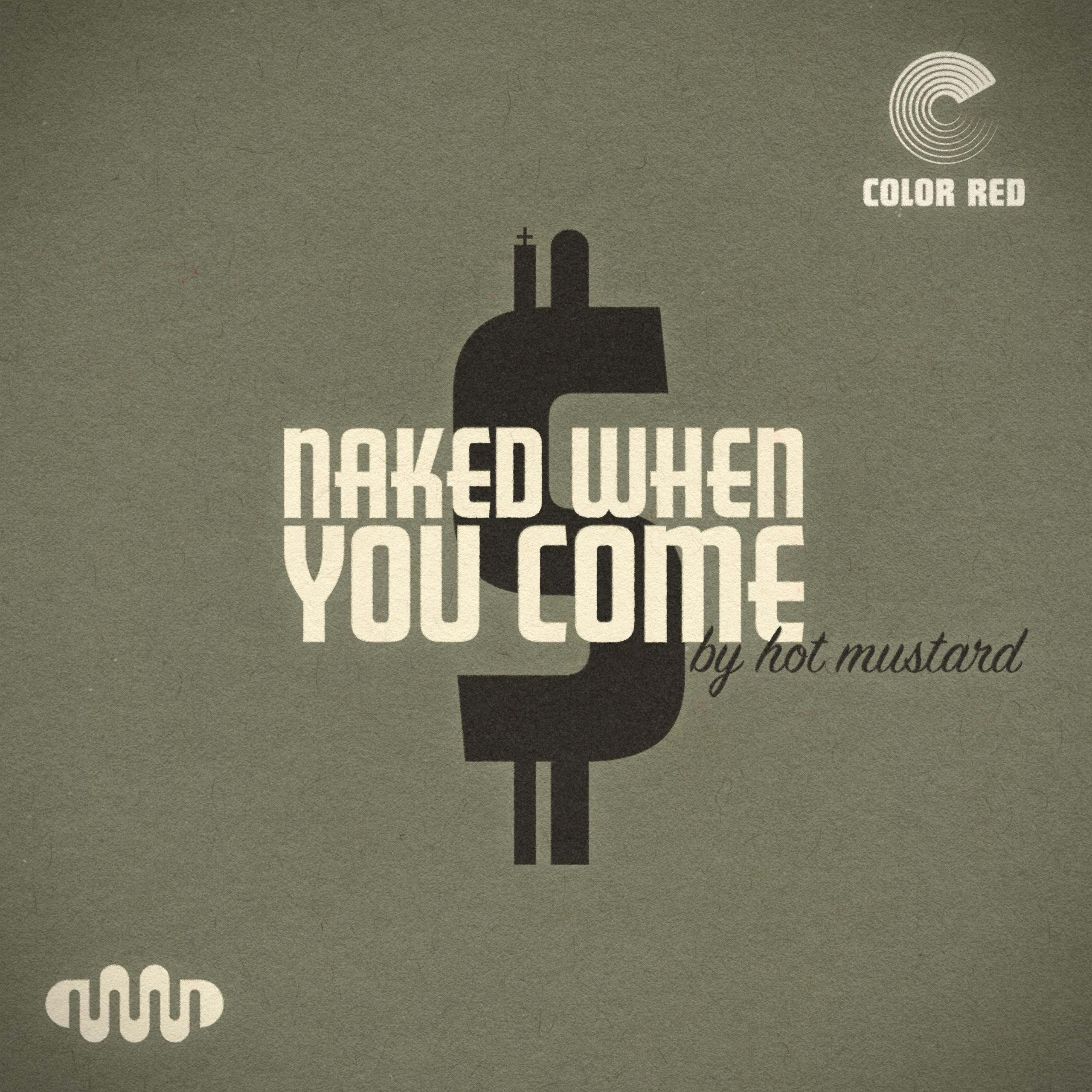 The dynamic instrumental cinematic funk/soul duo, Hot Mustard, is proud to announce the release of a new single, “Naked When You Come,“ the first music released by HM since their debut full-length album, Mother Sauce (2022) dropped earlier this year.  Multimedia artist/guitarist/producer Jack Powell and bassist Nick Carusos have again linked up with Eddie Roberts (New Mastersounds) to release the track on his Color Red label. Working their own distinctive flavors into classic recipes, the duo draws influence from first generation boom bap hip-hop, 60s era soul-jazz, and vintage cinematic library style recordings yielding an end result that is, quite frankly, stunning and wildly addictive.  This is as hip as hip can get.

Hot Mustard has built an army of followers since the release of Mother Sauce.  HM was featured in rotation on KCRW and KUTX, and covered by Relix, Impose, Live For Live Music, Jazz Weekly, and BUZZ to name a quick few. They also brought home a Best Of Charleston Music Award (‘Up and Coming Band of 2021’ – Charleston City Paper) in their hometown.  With their new track, Powell and Carusos enlisted the talents of Los Angeles based soul-singer Kendall Coyer of the Intuitions.  “Naked When You Come” was originally recorded by the Lollipops in 1966, and HM’s take on the obscure Danish pop track features Coyer’s sultry vocals over a thumping hip hop groove. The track radiates a Daptone meets Portishead vibe featuring creepy combo organ, funky soul guitar, and punchy horns by grammy nominated Antibalas trumpeter Jordan McLean and trombonist Dave “Smoota” Smith (TV On The Radio), both of whom were prominently featured on HM’s debut record.

The music video was created by Jack Powell (Opus Thimble), who assembled clips from old films to make a video collage that explores the concept of “you can’t take it with you” – the universal truth that we all must part with our earthly possessions upon death.  As a true multi-media artist, HM’s broad musical vision becomes realized when viewed in concert with Powell’s stunning and eccentric brand of visual art.

“Most of the art I make involves some sort of found objects and assemblage – taking something old and forgotten and making something new and interesting. For the ‘Naked When You Come’ video, I sifted through many hours of old public domain footage in search of compelling imagery to compliment the heavy theme of the track.” – Jack Powell (Opus Thimble)

Currently HM is gearing up for the release of their second full-length album, Seconds, due for release in early of 2023 (Color Red).  For now, we hope you enjoy this small offering to tide you over.  For more info on Hot Mustard / Music / Videos / Links / Presave Naked When You Come NOW – please visit: SOLO.TO/HOTMUSTARDSOUND

We caught up with Jack Powell of Hot Mustard for a quick chat about the new single:

On the collaborations:
The collaboration with Jordan and Smoota has been really great. We linked up early in the pandemic at a time that was incredibly intense and we all needed an outlet to pour some positive energy into. I think the fact that it was born out of this overwhelming and unsettling experience makes it special in a way that maybe it wouldn’t have been had the circumstances been different. In hindsight, I think it was a complicated coping mechanism of sorts for myself and maybe the others to some degree as well. Music can be really good at that kind of thing.

Kendall Coyer and her band, The Intuitions, out of Long Beach, CA have a similar story to us in that the pandemic pushed us to really pursue our passions more aggressively. When we heard her voice we knew it would be perfect for the track. I think we have a mutual respect for each other’s music, so we were really excited about the collaboration and happy that we were able to come together and make something nice.

On the original track:
The original track is this kind of curious, obscure masterpiece that I just happened to stumble upon a few years ago and it just stuck with me. It’s one of those tracks that I ended up revisiting every once in a while because it has a really strong vibe and these beautifully dark but simple lyrics.

On the video:
The video is also full of curiosities I found digging through old public domain archives and ephemeral films which I reassembled to interpret the sentiment of the track. It was a fun break from my typical style of animation.