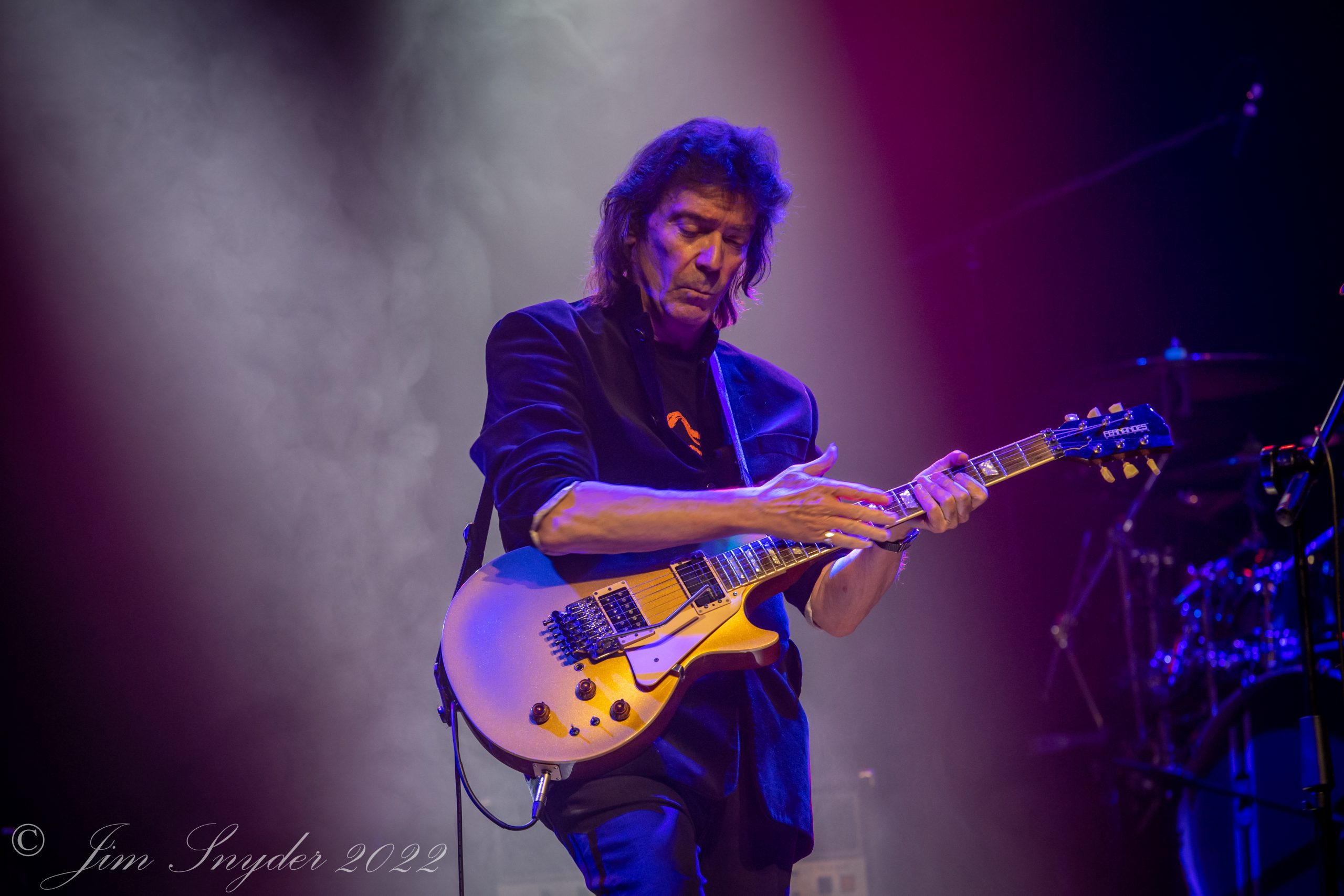 Copernicus Center May 5 2022 by Jim Snyder

I was so excited to get the chance to see Steve Hackett doing a show that featured a revue of Genesis’ Seconds Out album. This show was at The Copernicus Center in Chicago, Illinois on May 5th 2022. This music really brings me back to my youth.

The first time I was introduced to Genesis, I saw the ...And Then There Were Three record in 1978.  This was shortly after Steve Hackett had left the band.   I have always enjoyed their music, but never really familiar with a lot of their non-hit songs, so a few years ago a friend introduced me to Steve Hackett’s solo material, and I really enjoyed it. Then this friend asked me if I would like to go and see the Steve Hackett revisiting Genesis tour of Selling England by the Pound and this show blew me away. At that time, I revisited a lot of old Genesis music and found it to be inspirational.

Four months ago, I heard Steve was playing again at the Copernicus Center in Chicago and doing the Genesis album Seconds Out and I just knew I had to be there. The show was two sets. The first set was Steve Hackett’s solo material.

The song that stood out to me the most in the show was “The Devil’s Cathedral.” Steve’s keyboard player, Roger King, was over-the-top on this song.   They ended the set with a song I wasn’t very familiar with called “Shadow Of The Hierophant.” Man, this band can stand on its own!!   Rob Townsend was soaring on saxophone, flute and clarinet. Everything was held together by the bass player, Jonas Reingold.   The drummer was Craig Blundell.  I could hardly wait for the Genesis material in the second half of  the show.

The second set starts with the song “Squonk” and then it moved into one of my favorite Genesis songs, “The Carpet Crawlers.” Nad Sylvan duplicated Peter Gabriel quite well. Again, this band is tight and well-rehearsed.   You could just tell these guys love playing with each other. The one thing I always enjoy about seeing Steve play guitar, is he makes it seem so effortless with the sounds so soaring and biting right at your soul. The band then broke into the song “Firth Of Fifth,” after which they played “The Lamb Lies Down On Broadway” and then moved into “The Musical Box.”

For those of you who have never seen Steve Hackett-Genesis Revisited, this is NOT a cover band.  Steve Hackett was part of the heart of Genesis for a bunch of years and this band, I believe, can stand tall with Genesis itself;  sorry, no offense to all of the true Genesis fans.

Thanks so much, Jo, for all your help in getting me in to photograph and review the show.