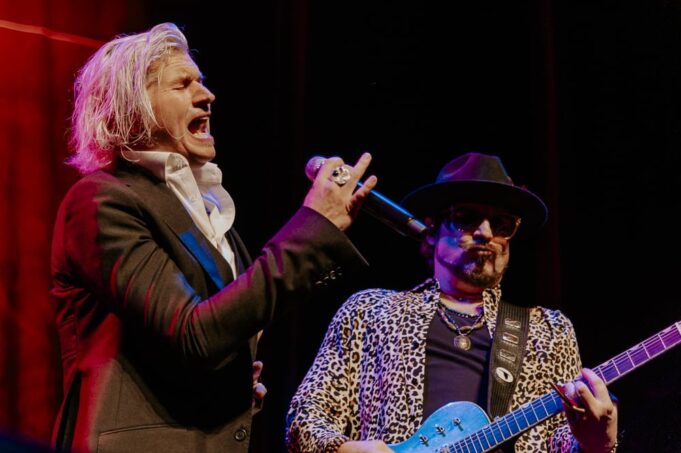 Rival Sons brought their Pressure and Time 10th Anniversary tour to the Warfield in San Francisco on November 11th. By Justine Willard

They kicked off the night performing “All Over the Road,” the second single released from their 2011 album Pressure and Time. They also played that whole album in order from start to finish, and it was incredible to hear that album performed live in that way. And it was something special for the fans who have been in love with it for so long.

As usual, it was so entertaining and captivating to watch Rival Sons perform live as each member always brings something unique to the performance. Jay Buchanan offers a fantastic vocal performance. Scott Holiday was killing it on the guitar, Dave Beste smoothly played the bass, and Michael Miley had a glorious time on the drums.

Rival Sons also performed the songs “Too Bad” from their most recent album, Feral Roots, “Jordan” from their third studio album Head Down and “Electric Man” from their 2014 album Great Western Valkyrie which at the time featured new bass player Dave Beste.

Unfortunately, the night had to end, so for the last song they performed, “Keep On Swinging,” the second single and first track from Head Down.

The Anniversary tour has ended, but you can still pick up the Pressure & Time 10th-anniversary vinyl. The band will also be a part of Greta Van Fleet’s Dreams In Gold Tour, which starts in March of 2022, so you don’t have to wait too long to see Rival Sons again live.

Check out the review by Justine Willard of Rival Sons from 2019 here.