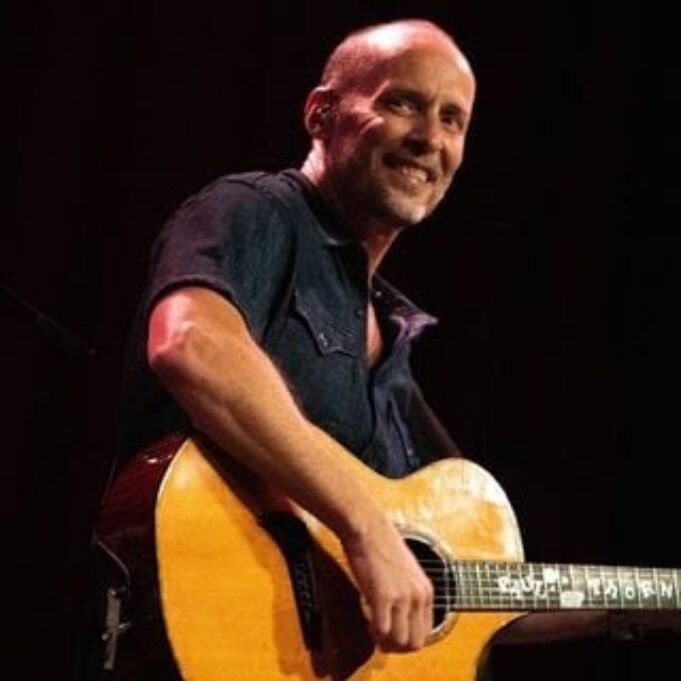 Paul Thorn has created an innovative and impressive career, pleasing crowds with his muscular brand of roots music—bluesy, rocking and thoroughly Southern American, yet also speaking universal truths. Among those who value originality, inspiration, eccentricity and character—as well as talent that hovers somewhere on the outskirts of genius, the story of Paul Thorn is already familiar.

The fourth single from Mississippi-renaissance-man Paul Thorn’s upcoming album Never Too Late To Call may be his most joyous to date. “Holy Hottie Toddy” takes a simple-but- groove and a resounding chorus to get a very basic, but all-too-important message across; “Love everybody.” The song’s last verse sums up the idea succinctly: “Let go of any grudges while you’re still around / You can’t say you’re sorry when you’re laying six feet in the ground / The best time is right now.”

Thorn came up with the idea on a trip to see his daughter’s band perform in Oxford, Mississippi. “All throughout her performance, drunk boys kept yelling the words ‘Hottie Toddy,’ which is a buzz word at Ole Miss,” says Thorn. “It’s a greeting.” Thorn cooked up a catchy hook with the university’s classic catch phrase and spun it with his infectiously positive message. “The song is about being all-inclusive,” he says. “Let’s love everybody.”

“Holy Hottie Toddy” comes on the heels of three other singles from Never Too Late To Call. “Two Tears Of Joy” is a slow-burn ode to life that finds Thorn naming all that he’s thankful for without once coming across as cheesy or overly earnest. “It sounds a little corny to say this but I’m a 56-year-old man who has had a really blessed life,” says Thorn about the inspiration behind the tune. “I’m really grateful and thankful for everything I have and for the people I’ve met. ‘Two Tears of Joy’ is another way of simply saying I’m grateful.” The album’s title track was written about Thorn’s sister Deborah who passed away in 2018. “When I was on the road, I would want to talk to someone after my shows, after the members of my family were asleep,” remembers Thorn. “My sister, a night owl, would often stay up all night. I’d call her and she would say, “It’s never too late to call.” “Here We Go” is about Deborah’s twin sister, Charlotte, who she left behind when she died. “Charlotte is a devout Christian and firmly believes that they’ll be reunited in a better place and will never be apart again,” says Thorn. Like most of his songs, this one also has a broader meaning. “Anyone that has someone they love knows it’s a joy and privilege,” he says. “This song is about having somebody.”

Thorn’s music has always been a reflection of where he’s been or where he is in his life. On Never Too Late To Call, we find mellower Paul Thorn. The wit and the—at times—humorous commentary on life’s existential questions are in evidence, but here there is a peace about his life’s journey. Or, to put it in his words, “I’ve been such a lucky boy. I’m crying two tears of joy.”

In addition to releasing Never Too Late To Call, Thorn has announced a slew of new tour dates including stops in New York City, Chicago, and Atlanta. A list of upcoming dates can be found below and all scheduled (and rescheduled) dates and ticket information can be found at paulthorn.com/tour.

Born in Tupelo, Mississippi, raised among the same spirits (and some of the actual people) who nurtured the young Elvis generations before, Paul Thorn has rambled down back roads and jumped out of airplanes, worked for years in a furniture factory, battled four-time world champion boxer Roberto Duran on national television, performed on stages with Bonnie Raitt, Mark Knopfler, Sting, and John Prine among many others, and made some of the most emotionally restless yet fully accessible music of our time. He’s also appeared on major television shows, received numerous National Public Radio features and charted multiple times on the Billboard Top 100 and Americana Radio Charts. His album Never Too Late To Call releases on Aug. 6th via Thirty Tigers.