It’s been a long time- my last ‘concert’ was March of 2019- though I had been to a pair of drive in shows, and I’m not disrespecting them- this was something wholly different. A regular, real show- general admission, in a field, with a big stage and legendary New England band Max Creek. I ran through my regular check list for a show like this: recorder, cables, batteries, chair, and we were off from our northern MA homestead through the woods to Mason NH.

There was a small line of cars but the wait to get in was only about ten minutes and parking was easy. Up on the hillside of the golf driving range, and immediately people were gathering and socializing, trunks being popped and everyone enjoying a beverage and each other’s company. We sauntered down the hill, waded through a light security checkpoint and were inside. Squares were painted on the lawn in front of the large stage (essentially a festival size stage which is somewhat surprising in these environs, but a welcome site for sure.) It was quickly obvious though that the squares were a remnant of recent regulations and the ever changing conditions made people increasingly comfortable gathering at smaller and smaller distances.

It’s been so long! I felt like Han Solo coming out of the carbonite, disoriented but hopeful. The joy of the return of live music was clear on everyone’s face- and the initial confusion of whether to hug or fist bump, shake hands or wave was replaced by the relief and release when the music started. Our collective time out ended as Max Creek took the stage and opened with She’s Here. So familiar, so welcome- the crowd of nearly four hundred people allowed the music to wash over us.

This was the third show back for Max Creek after last weekend’s Lake George show, and the night prior in Burlington Vermont. I’m hard pressed to remember the last time that Max Creek played New Hampshire. Had there been any rust that developed on this mature band it was not evident when the first song seamlessly transitioned into Six Days on the Road anchored by bass player John Rider. A sixteen plus minute double opener was a great way to showcase that the band wasn’t merely starting again with live shows, they were returning.

Up next was a rare treat for me, Mark Mercier’s ode to New England road food with Howard Johnson’s. No people nationally may not even know what a Howard Johnson’s is; but it’s basically a Denny’s. “Had a hamburg, french fries and onion rings, a plate of fried clams and a few other things, listening to music and feeling my very best. When it came to dessert I sure didn’t stop, I had a plate of ice cream with a cookie on top, all brought to me by this girl in an orange dress.” If you didn’t grow up in New England in the 70s and 80s the comforting nostalgia may be lost on you, but I was instantly transported to some high school after party munch down in Fairfield CT in 1986.

A return to normalcy, and another treat for me is one of my favorite Max Creek songs, Scott Murawski’s Willow Tree. The band easily moved from stanza to stanza and unfurled a Creek classic with ease and the crowd went from the discomfort you may feel at the beginning of a party to the sweet relief of feeling like you were back home with all of your friends. The set continued with Rider’s I Love You So.

In a possible nod to upcoming shows at The Range, Mark Mercier played Copperhead Road. While Steve Earle is coming to the Range this summer, the version of this song by Max Creek is wholly different than his early Americana release. This version perfectly illustrates the style of Mark Mercier- not the B3 hum that you’ll get out of a Beau Sasser or Melvin Seals- but rather a grizzled, if not drunken, saloon piano player, dodging bullets while slinging songs to a raucous crowd. The heaping spoonfuls of feel disguise Mercier’s keyboard mastery on constant display.

Rider returned strong with a lengthy Devil’s Heart replete with a drum section that featured percussionist Jay Stanley and drummer Bill Carbone. The nearly thirteen minute version of the song gave way to the set closer, Murawski’s You Let Me Down Again which itself was over fourteen minutes. First set was just over an hour, but felt like a long, warm hug from a band we all missed so much.

Set two started again with guitarist Scott Murawski performing Summer Sun which gave way to another saloon sing along by Mark Mercier, Don’t Do It. The classic by the Band got the crowd both pumped and ready to ride for a long second set. John Rider came in with what feels like another rarity, the western Big Iron.

Bill Carbone had the singer spotlight shone on him with I’ll Be Your Baby Tonight which he performed with his usual enthusiasm while never missing a beat on the kit.

Now, it is no secret that I’m a huge fan of Scott Murawski- his playing, vocals, and song writing all are exactly what I am looking for in a band. With a She’s Here and a Willow Tree I was feeling quite sated, and would never have requested what is perhaps my favorite song of his, Heartbeat. But my secret wish that had been left unspoken unfurled next and it was glorious. The simplicity of the chord structure allows for the whole band to stretch out and exercise their chops- and Murawki’s solo was both a feat of strength and an illustration of quickness and agility. He was backed deftly by the dual drum brigade whose hits and flourishes helped to maintain the crescendo that is the finale of the song. MMMMMMM, tasty.

The saloon pianist returned with Midnight Hour and the crowd and the band were in full frenzy- jamming, dancing, cheering, responding. This song transitioned into a slow jam that suddenly featured thumb piano which signaled Stanley’s transition from behind the percussion kit to the front of the stage to perform his song, Down in the Jungle with it’s band to audience call and response “Into the Ocean!” I have always felt that this really showcases the beauty of Max Creek- the newest member taking the spotlight, performing his own song with the full support of this juggernaut jam ensemble, replete with a rap verse that seems out of place but somehow ends up making perfect sense. If you’re in Max Creek, you’re in Max Creek and the band and the crowd will support your every move.

The fourth song of the transition suite ended the set with John Rider’s Slow Down. Don’t let the title fool you though, this song is no plodding selection, but rather a rollicking rocker filled with Creeky goodness.

A brief pause led to the encore which included a bluesy Love Will Make You Lose Your Mind, followed by a lengthy and good-natured Goin Down the Road Feelin Bad. The latter featured the Creek’s particular take on lyrics of this jam band classic, and took us into the night as the show ended with band and audience feeling sated and relieved that this long winter without live music and gatherings is over. Any initial hesitation on hugs was abandoned as friendships were renewed, and the love between band and audience was rekindled.

I can’t wait until the next Max Creek show (July 3 in Granby CT, followed by a pair of shows in Norwalk CT July 23 and 24 or 25 if there’s rain.) And I am certain to return to the Range at Marty’s for an upcoming show as it is an oasis that should be visited any chance I get (see below for some upcoming show dates at Marty’s.

Upcoming Shows at the Range

July 24 Steve Earle and the Dukes

July 30 Melvin Seals and JGB with Roots of Creation 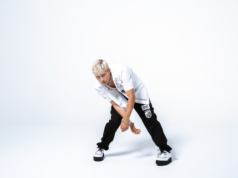 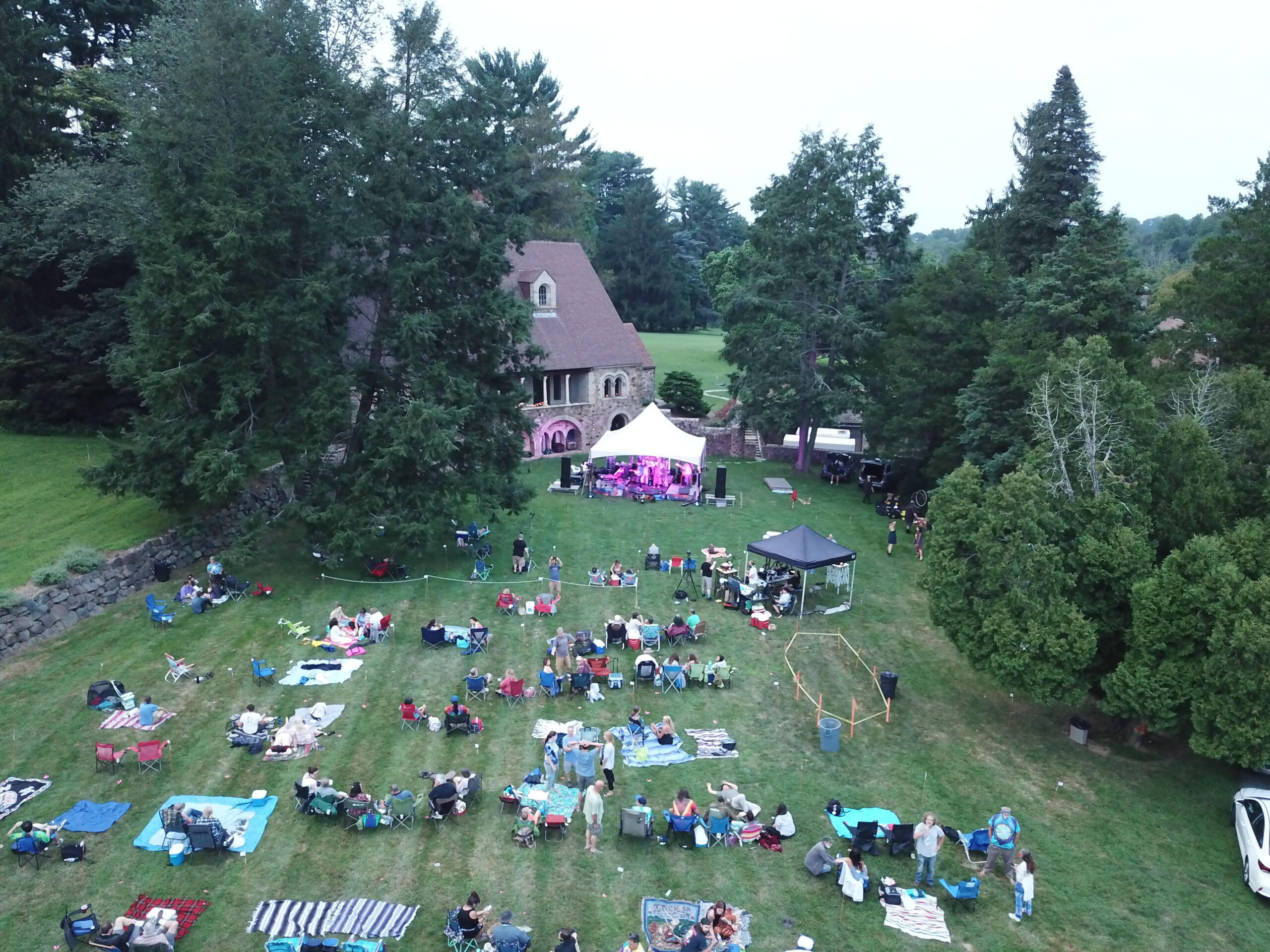 Live Music News & Review was born out of a love of live music and the wish to chronicle the amazing shows happening around the country. Stories and reviews are born both from our editorial board and from readers just like you around the country.
Contact us: [email protected]
6,371FansLike
248FollowersFollow
312FollowersFollow
10SubscribersSubscribe