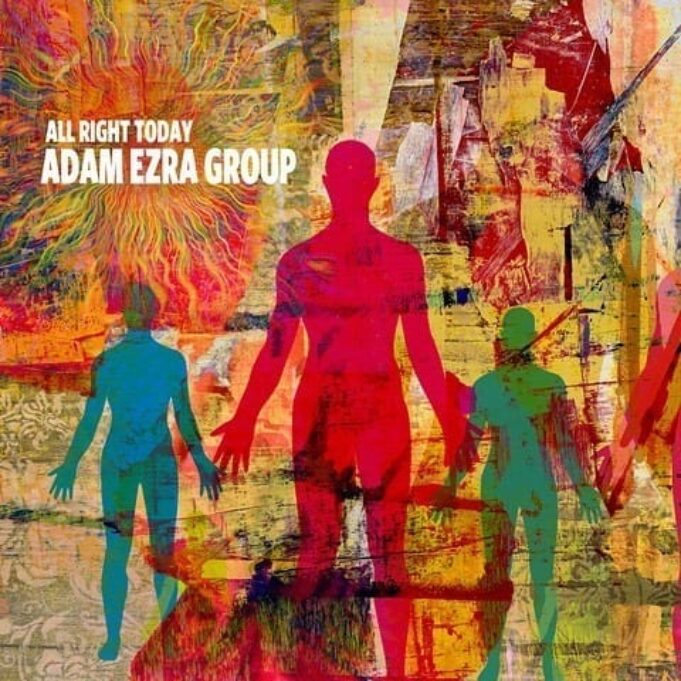 January 29, 2021 – Adam Ezra Group has released their newest single, “All Right Today,” an effervescent, feel-good track which is an ode to putting one foot in front of the other, to living in the moment, and leaning on one another to get through our hardest times.

All Right Today” is Adam Ezra Group’s first release as part of an ambitious new recording series dubbed The Album Project. The endeavor will see the band releasing 18 new singles over the next few years, trading in the traditional LP format for a steady flow of fresh material designed to keep their ever-expanding community active and engaged even beyond the pandemic.

“I wrote that song years before COVID,” says Adam, “but that line, ‘We will be all right today,’ kept coming back to me through this whole experience. It felt like a mantra I continue to lean on right now and the right way to kick this whole thing off.”

“All Right Today” shares a message and mantra that Adam resonates with personally. Stuck at home with a calendar full of cancelled tour dates at the beginning of the COVID-19 pandemic and no one to perform for, Adam turned to live-streaming with his first digital show on March 13, 2020. Initially created as a way to connect with people to feel less lost and scared during difficult times, he returned every single night for what he and his fans would eventually come to call The Gathering Series.

Driven by a belief that small grassroots communities have the power to impact the world, Adam – who is approaching his 365th consecutive Gathering – has now reached a cumulative audience of well over 12 million viewers worldwide, a staggering feat that stands as a testament not only to Ezra’s artistic endurance, but also his ability to provide an accepting and supportive space for newcomers to join his tight-knit community of fans. Through his own harrowing battle with COVID, a move to the Mojave Desert, a socially distanced summer tour, and even his wedding day, Adam never missed a performance, broadcasting without fail from wherever he found himself each night at 7pm Eastern.

Working outside the confines of the traditional music industry, Adam and his bandmates – Corinna Smith (fiddle), Alex Martin (drums), Poche Ponce (bass) – built a community of fans through sheer grit and determination, regularly performing hundreds of shows a year for the past two decades without any major label or mainstream radio support.

Fusing folk intimacy and rock energy with soul power and pop charm, the band first emerged from Boston in the early 2000s and quickly garnered widespread acclaim for their bold, insightful songwriting and interactive, euphoric performances. From hole in the wall bars and house concerts to sold-out headline shows and dates with the likes of Little Big Town, The Wallflowers, Gavin DeGraw, Train, and The Wailers, Adam and his bandmates treated every single gig like their last, attracting a die-hard following that believed not just in the music, but in their commitment to activism and social change, as well.

Stay tuned for more new music and announcements from the Adam Ezra Group in the coming weeks!