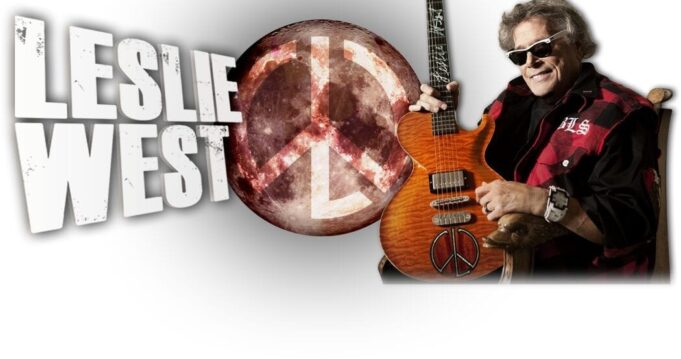 We are so sad to report on the passing of legendary guitar player Leslie West.

West, who was born Leslie Weinstein- was a respected and world renowned guitar player with a truly distinctive sound. His muscular leads and tone was showcased in the classic rock band Mountain who scored a major hit with “Mississippi Queen.” The follow up “Nantucket Sleighride” went gold.

West’s latest album was “Soundcheck” and featured a heavy list of revered players from Jack Bruce to Brian May, Peter Frampton, Bonni Bramlett and more.

West got his start in a blossoming rock scene on Long Island in the late 1960s where he played in the band the Vagrants. West’s first solo album was titled “Mountain.” He then formed the band Mountain with the producer of that album, bass player Felix Pappalardi who had been involved with rock super group Cream. The two joined forces with Steve Knight on keyboards and drummer Norman Smart to form Mountain. Smart didn’t last very long and was replaced by Corky Laing.

West released two albums plus a live album with bassist Jack Bruce of Cream and Laing on drums logically called West, Bruce and Laing. West went on to play in a myriad of bands, many of which were various incarnations of either Mountain or a version of the Lesley West band under a variety of names. The list of rock and roll luminaries with whom West would work over his career is stunning including Foreigner’s Mick Jones, Mick Jagger, and Noel Redding (of the Jimi Hendrix Experience.) The guests on his 2011 album “Unusual Suspects” was an incredible list including Billy Gibbons, Steve Lukather, Joe Bonamassa, Slash and Zakk Wylde.

West struggled with health issues from substance abuse in the 1970s to a serious struggle with diabetes in the last ten years. On December 22 2020 it was reported on social media that West was experiencing congestive heart failure and had been on a ventilator and was surrounded by family in Florida.

West had a big personality and was well loved. He was a frequent guest on the Howard Stern show where his affable personality came through on the air. His ability to overcome personal hardship was palpable. After losing a limb in his battle with diabetes would have sidelined nearly anyone- West was able to release an album and continued to perform even from a wheel chair. His spirit was mountainous. Our sincerest condolences go out to the family and legions of fans of Leslie West. May his memory be a blessing.