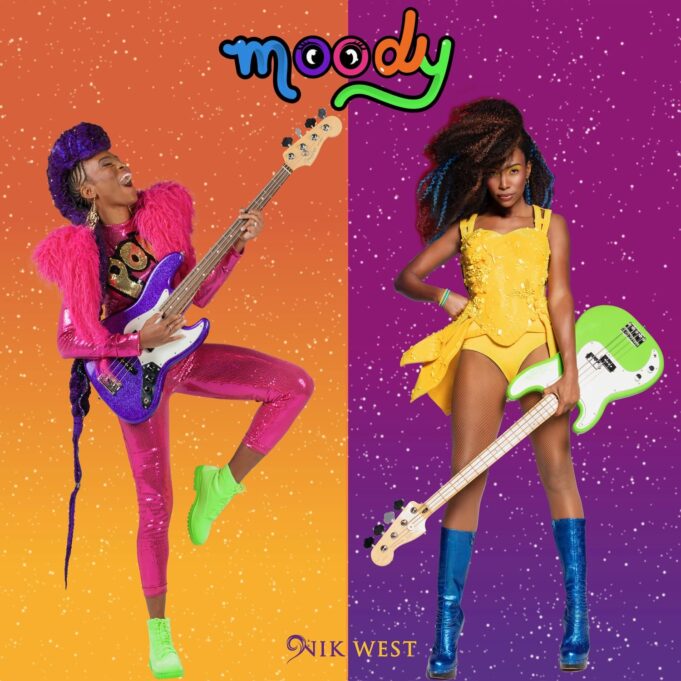 New album to be released. By Harriet Kaplan

Nik West brings the party and more to “Moody,” her sophomore album due for release on April 1.

This masterful LP is an explosion of wild exuberance and unbridled passion performances on record that crackle with a fiery and ballsy life force. “Moody” is an incredibly funky, danceable and catchy musical effort with a driving, full-throttle muscular backbone.

The LP is high energy and upbeat throughout the 11 original tracks that moves easily through genres from rock to pop. The flamboyant and colorful artist, both in look and style, also brings that creativity to the fore in a diverse sonic palette with top-drawer arrangements. The instrumentation is first class with a dynamic live band and horn section on cuts including “Funk For The People.”

Nik West is respected and renowned for her skills on bass and her many credits include work with Prince, Dave Stewart, Quincy Jones and others. The vocalist, producer and multi-instrumentalist has also been dubbed the female Lenny Kravitz. West’s influences, which echo and reverberate throughout Moody, referencing the funk heroes who came before her.

Brazilian guitarist Larissa Basillo enters the fray on the riotous female rock anthem, “We Can Do It.” West delivers a very authentic raspy high-pitched vocal and is an expressive singer. Her versatility as a vocalist is showcased well, and to a greater effect, even, on the more mid-tempo track, “Tears.”

This number reveals another side to Nik West “the funkster and rocker.” This restrained, nuanced and tenderly vulnerable performance that may seem out of place on Moody, which is dominated by high voltage tracks, but it does give an interesting glimpse into a risk-taking artist that isn’t afraid to slow the party down a bit and bare her soul more quietly.

Look for the April 1 release of “Moody” by Nik West.