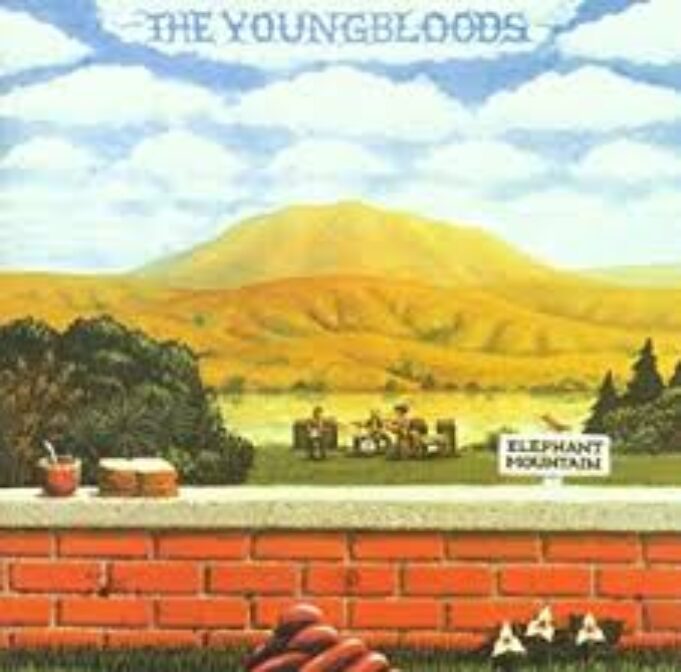 The following review appeared in the Boston Phoenix Mar. 9, 1971:

Whenever the Youngbloods come to town they always seem to manage to give some kind of free concert. Last week, they outdid even themselves. In town for the sole purpose of doing a free gig, they wound up doing two.

The first, Tuesday night, was broadcast live from WBCN. With all their equipment set up in a room that could have measured no more than ten by thirty, the conditions were not all that conducive for a full band to play a full gig. Not only was there no room to move, by the middle of the evening there was very little air to breathe. Yet the Bloods played continuously for more than three and a half hours. During that time they did nearly 40 songs, including everything from their latest album, “Elephant Mountain,” and almost a dozen new tunes. All this in spite of the fact that they were all still recovering from an all-night celebration at the Club Casablanca the night before.

The idea of doing an entire concert over the air is, to my knowledge, unprecedented and, hopefully, may be continued by others in the future.

Together for six years now, the Youngbloods have always been one of the most talented American groups but, for some reason, it took them all that time to get to where they are now, and that is exactly where they say they want to be. Popular and making money, but not huge stars.

“We are making good money, but we are not superstars,” explained drummer Joe Bauer. “If we were superstars, we would no longer be the Youngbloods.” It is hard not to believe him.

Musically, the group is very pleased with the addition of bass player Michael Kaine, who joined the Youngbloods last fall. He has filled the spot vacated by Jerry Corbett, when he left the group a few years ago. The band has been playing as a trio.

Although the three-man group worked, leader and bass player Jesse Colin Young, guitarist-pianist Banana and Bauer found that there was not much more they could do with only three. Now they are able to do three part harmony again and Jesse is free to play the guitar rather than bass, something he has wanted to do for a while.

The second concert was at Harvard’s Sanders Theatre on Wednesday night and the price of a ticket was just 25 cents — quite a welcome change from the now standard $3.50, $4.50 and $5.50 to which we have all become accustomed.

Again the Bloods played for more than three-and-a-half hours, doing encore after encore. Besides accommodating every request from the crowd, except for things like “The Wine Song’ and “Grizzley Bear,” which Corbett used to sing lead on, they delighted the 1,400 or-so who were lucky enough to get tickets with beautifully done versions of numbers such as “Corrine, Corrine,” the Stones; “Connection” and Ritchie Valens’ “Oh, Donna.”

With unparalleled enthusiasm and generosity, the Youngbloods have finally come into their own, I heard somebody say, as I was leaving the theatre, “I don’t expect that much from nobody.”

Although I wrote review this nearly fifty years ago, I still remember the Harvard concert as one of my favorites of all time. The Youngbloods were my favorite group at the time — I have probably seen them a dozen times — and I couldn’t have been more thrilled to hear them play for three and a-half hours. I also had a reel-to-reel recording of the WBCN show, but of course I have no idea where it is now, nor could I play it even if I wanted to.

“Elephant Mountain” remains one of the greatest albums of all-time, in my opinion, and holds up really well. The band had moved into a jazzier, jam-bandy sound by then, much different from the folk and folk-rock stuff of their early days, such as the iconic “Get Together.”

I don’t think any of their albums, not even “Elephant Mountain,” broke into the top 100, which baffles me. Their only top 40 hit was “Get Together.” It reached only number 62 on the charts, but hit the Top Ten years later after it was used in a commercial for brotherhood. The band broke up not too long after their fourth album, in 1972, and Jesse went on to release a slew of solo albums that were relatively successful. He lives in Hawaii and continues to tour from time to time. Banana — Lowell Levinger — was born in Cambridge and was a renowned bluegrass musician when he joined the band. He currently plays in Little Steven’s Disciples of Soul. Bauer and Corbett have passed away.


ABOUT THE AUTHOR Michael Lasalandra is a music fan and an artist who paints portraits of musicians, among other subjects. His work can be seen at mlasalandra.com.