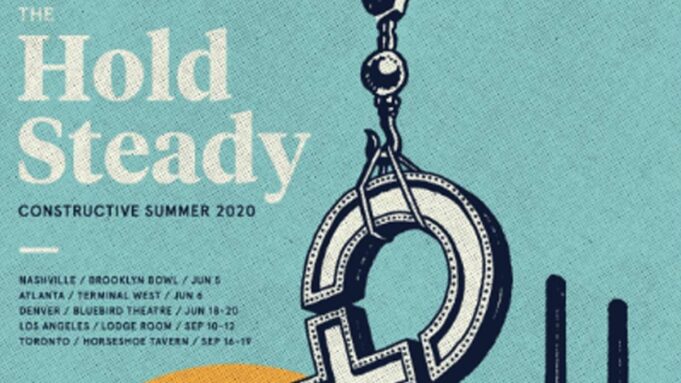 The Hold Steady have announced 2020’s Constructive Summer performances. The dates begin with sold out shows in Minneapolis, MN on Friday, April 3 at First Avenue as part of the legendary club’s 50th Anniversary celebration, and a two-show doubleheader on Saturday, April 4 at 7th St Entry. In June, the band will then head to Nashville, TN’s brand new Brooklyn Bowl to be part of the venue’s first month grand opening-celebration, followed by Atlanta, GA’s Terminal West in June before returning to Denver, CO for the first time since 2016 for a three-night run. The Hold Steady have also confirmed multi-night shows for September, visiting Los Angeles, CA for the first time since 2014 and Toronto, ONT.

The Unified Scene fan club ticket pre-sale begins Tuesday, February 26 at 10am local time, with the general on-sale starting Friday, February 28 at 10 am local times. The complete Constructive Summer 2020 itinerary is listed below.

For each set of shows, the band will be offering a limited number of multi-show passes, a limited number of soundcheck/happy hour tickets, and advance merchandise packages. For complete information on tickets and pre-sale, please visit theholdsteady.net.

Letter from the band:

“We’ll be kicking things off June 5 back in Nashville helping our friends at Brooklyn Bowl celebrate their new venue down there. The next day, Saturday June 6, we’ll head a few hours down the road to Atlanta and play our first show there in quite a while at Terminal West. Later that month, we’ll head for the mountains- 3 shows at the Bluebird in Denver on June 18,19 & 20. We haven’t been to Denver since Riot Fest 2016 and are super excited to be back in the Mile High City. Maybe we’ll finally figure out what a Denver Haircut looks like….

After a bit of a summer break, we’ll hit the West Coast in September and play our first shows in Los Angeles since 2014. These will happen at the Lodge Room in the Highland Park area on September 10, 11 & 12. Very much looking forward to the return to Southern California.

Constructive Summer will wind down in later September at one of our favorite locales: The Horseshoe Tavern in Toronto. We’ll be doing another four night stand there, September 16, 17,18 & 19. This is our third Horseshoe residency because the shows there are always so epic. We’re expecting nothing less this year.

Remember, outside of Constructive Summer we also have shows coming up in London, Minneapolis, and Melbourne Australia! We hope to see you along the way!“ 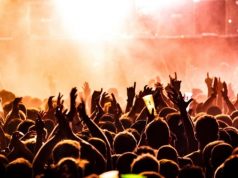