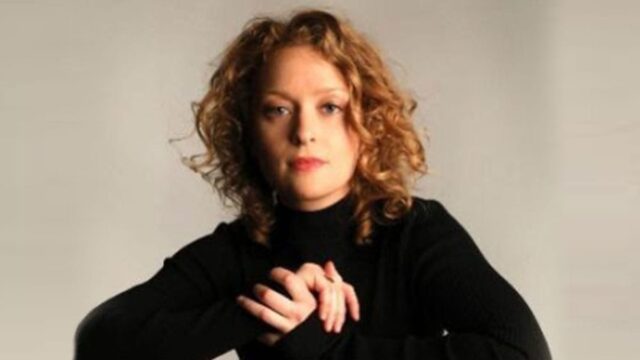 Alice Howe, rising voice in modern folk, announces tour dates this February and March.  The singer, composer and guitarist will be accompanied by Freebo during the first leg and then will join Joshua Davis for a series of shows in California.  In February, Alice will embark on a run that will see her hitting cities including Ft. Atkinson, WI, Arlington Heights, IL, Kalamazoo, MI and returning to some favorite spots like Philadelphia, Northampton, and Boston.  When she connects with Joshua Davis, the two will perform in Los Angeles, Kelseyville, Novato, and Berkeley.

Alice Howe debuted in 2019 with Visions, a contemporary love letter to 60s and 70s folk and timeless blues. It pays homage without succumbing to imitation, and offers an intimate snapshot of a young artist discovering her own power. Produced by Freebo with a stellar cast of musicians in Bakersfield, California, Visions is a collection of new originals alongside Alice’s interpretations of iconic songs from her family’s vast record collection.

Joshua Davis was raised in the folk tradition: the music, the social movements, the land. He writes songs that blend the roots of American music with gritty rock n’ roll and vintage soul. Performing Songwriter Magazine called the result, “Some of the liveliest and most rocking roots music around.

For over 15 years Joshua has made his living sharing his songs, stories and knowledge across the US and Canada at festivals, concert halls, coffeehouses and dives – as a solo act, front man for roots ensemble “Steppin’ In It”, classic swing band “Shout Sister Shout”, songwriter showcase band “The Starlight Six” and frequently as a workshop facilitator, presenter or instructor.