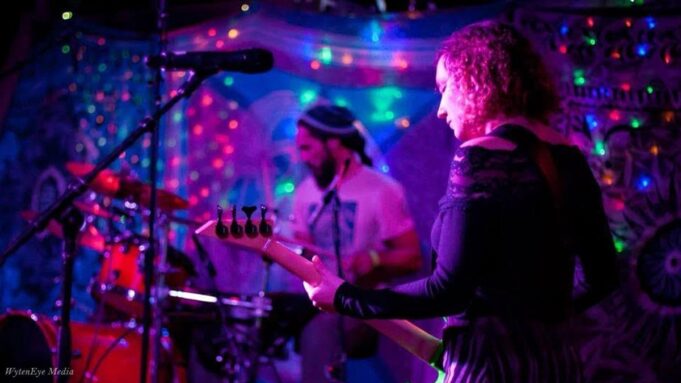 A series of Old 78 Farm Fall Festival reunion shows in January and February in New England are on the docket for rice – an American Band.

2019 was a pretty big year for rice – an American Band. The New England band, who call themselves a true American rock band, played numerous festivals from Strangecreek to Jerry Jam, Harry’s Hill Green Love Renaissance, the Big E (one of the biggest fairs in America), Mana Festival, Wormtown and their fall capper the Old 78 Farm Fall festival.

The band put together a video of an original song, SlackJawed, from video footage culled at the festival and to continue the family affair aspect, the video features an interpretive performance by Mary Simon (14).

To kick off 2020, rice will be hosting a series of Old 78 Farm Fall Festival reunion shows, to include partnerships with bands who were on the festival over the years. A nice cadre of New England bands both up and coming and established will share the stage in multiple cities. Another Old 78 staple, Rebel Alliance, kicks off the series in Pittsfield MA at the Colonial Theater on January 18th.

The Stone Church in Brattleboro VT will host their second show with rice, this time with scene veterans Roots of Creation. Band leader Brett Wilson played Old 78 with his own band, and with Roots of Creation some years later. RoC will be doing two sets, one classic RoC and one Grateful Dub and rice will open that show on January 24th.

February 1 rice will return to the Green Door Pub at Stratton Vermont for a full night of music. On February 6 a triple bill consisting of Athol MA’s Whalom Park, rice and Boston’s The Quins will hit Electric Haze in Worcester MA. This particular show will be a reunion of three bands that performed at 2019’s festival.

“We’re in the practice space hammering out new music already, and we hope to maybe get some more formal recordings accomplished in 2020. We’re already booking festivals for 2020 and look forward to seeing all of our rice cakes out on the festival trail this next year.”

Drop us a line at [email protected] with your live show review of live music news item.