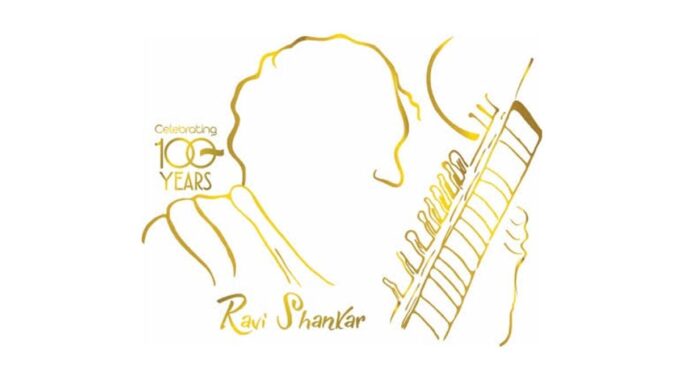 Celebrating one hundred years – The Life & Legacy of Ravi Shankar

A legend of 20th century music and an international icon of India, sitar virtuoso and singular composer Ravi Shankar (1920-2012) will be commemorated with a series of Ravi Shankar Centennial Concerts in May 2020 to celebrate 100 years since his birth on April 7, 1920. Ravi Shankar Centennial Concerts feature family members Norah Jones and Anoushka Shankar as well as special guest artists Philip Glass, Dhani Harrison (son of George Harrison), and an orchestra of Shankar’s foremost disciples performing on venerable stages across the globe (*please see the concert listings below for which guest artists will appear at each show*). Ravi Shankar Centennial Concerts will be presented at San Diego Civic Theatre (San Diego, CA: May 16, Fundraiser for Shankar Foundation), Walt Disney Concert Hall (Los Angeles, CA: May 19), Chicago Symphony Orchestra (Chicago, IL: May 22), Carnegie Hall (New York, NY: May 29),and Southbank Centre (Shankar 100 Series, London, UK: January – November 2020). A centenary concert in New Delhi, India in November 2020 will be announced soon.

Ravi Shankar was an Indian classical artist of the highest rank who across nine decades spearheaded the worldwide spread of Indian music and culture. The first Indian musician to become a household name in the West, Shankar achieved international fame in the 1960s through his collaborations with George Harrison of The Beatles and unprecedented performances of Indian classical music at seminal U.S. festivals and benefit concerts, including Monterey Pop (1967), Woodstock (1969), and the Concert for Bangladesh (1971). Shankar became a hero to the counterculture and a global ambassador uniting the East and West through his mastery of a transcendental music that spoke volumes beyond words themselves. Billboard named Shankar “Artist of the Year” in 1967.

Shankar’s exhaustive list of accolades exhibits his devotion to humanitarian work while tirelessly unveiling the wonders of Indian classical music to audiences at the far stretches of the globe. For his partnership with George Harrison on The Concert for Bangladesh — a forerunner of all major benefit concerts including Live Aid — Shankar was the recipient of UNICEF’s first-ever “George Harrison Humanitarian Award” in recognition of how the event saved the lives of Bengali children. His astonishing genius for sitar performance and composition left an enduring imprint on the world’s most renowned stages whereas his famed recording catalog won five GRAMMY® Awards and his score for Richard Attenborough’s Gandhi was nominated for an Academy® Award.

Shankar’s unrivaled command of traditional raga forms was balanced by an inimitable creative and experimental side, which led to award-winning Indian film scores, theatrical productions, opera, composing a new melody for the Indian national song (“Sare Jahan Se Accha”), and the pioneering of the first sitar concertos commissioned by the London Symphony Orchestra and New York Philharmonic. Traversing well beyond the pop music scenes of the 1960s and 1970s, Shankar helped inspire artists towards modal jazz and spawn a new wave of minimalist composers. Among those who considered him a guiding light of musical influence were none less than John Coltrane, Philip Glass, Yehudi Menuhin, and Zubin Mehta. Coltrane named his son Ravi, in his honor.

In later years, Shankar received India’s highest civilian award, the Bharat Ratna, France’s Commandeur de la Légion d’Honneur, and an honorary knighthood from Britain. He also served as a member of India’s upper house of parliament from 1986 to 1992. In December 2012, shortly before he died in San Diego, aged 92, he learned that he had been awarded the GRAMMY® Award for Lifetime Achievement.

In response to Shankar’s ultimate passing, Mr. Manmohan Singh (Prime Minister of India, 2004 – 2014) commented, “He was a national treasure and a global ambassador of India’s cultural heritage. An era has passed away with Pandit Ravi Shankar. The nation joins me to pay tributes to his unsurpassable genius, his art and his humility.” On his final Los Angeles performance at Walt Disney Concert Hall in 2011, the Los Angeles Times noted, “Legendary and iconic are terms cheapened and debased by advertising and the overeager. They should be reserved for someone like Shankar. I am among the maybe millions whose first meaningful experience with music from a distant culture was Shankar’s sitar playing. He opened ears and remade sensibilities.”

Once a student of uncommon powers embarking on a journey to become a world-class musician under the direction of his guru Allauddin Khan, Shankar’s greatest contributions as a teacher himself was in training disciples one-to-one in the traditional Indian manner. A core ensemble of his finest disciples will perform with Shankar’s two celebrated daughters the GRAMMY® Award-winning Norah Jones and the GRAMMY Award-nominated sitar player Anoushka Shankar at the forthcoming Ravi Shankar Centennial Concerts. Together, along with select special guests, they will collectively pay tribute to Shankar with a repertoire featuring his multi-genre works including Indian ragas, compositions for Indian orchestra, East-West duets, and Bollywood songs.

To celebrate the centennial of Ravi Shankar, author Oliver Craske will release a biography, entitled Indian Sun: The Life and Music of Ravi Shankar (Faber Books, April 2020). Additional centenary releases will be announced in 2020.

Drop us a line at [email protected] with your live music reviews, news, and event previews.