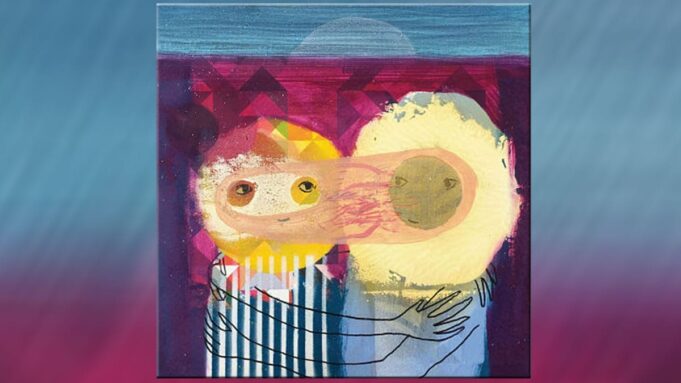 phér•bŏney will be released February 7, 2020

Featuring Russo as primary composer and multi-instrumentalist, the acclaimed Brooklyn-based drummer is joined by friends and collaborators like saxophonists Stuart Bogie (Arcade Fire, Antibalas) and Erik Lawrence (Midnight Ramble Band, Steven Bernstein’s Millennial Territory Orchestra), guitarists Josh Kaufman (Josh Ritter, Bob Weir) and Robbie Mangano (Project/Object). A natural progression from Russo’s years in the Benevento-Russo Duo where he split composing duties, the material came together in a loose and organic fashion when the drummer began experimenting with song ideas in his Brooklyn studio space, Woodlot Recording, where he tracked guitar, piano, and drums, amassing sketches for original compositions. He later took these ideas and motifs out of his lab into a proper studio setting, but soon found his work needed more time to gestate. Returning to his solitary process, Russo began to fully realize his compositional aspirations in his womb-like studio setting. There, ‘phér•bŏney’ took shape more truly encapsulating Russo’s prismatic artistry, showcasing him as a composer and all-around musician outside of his fiery virtuosity as a drummer.

Among the album’s select highlights is the sleekly cinematic “phér•bŏney Love Theme” with its deftly hypnotic percussion, and imaginative arrangement, which unfolds with surprises like braying sax, subtle spy-movie electric guitars and layers of theatrical electronica. On “Molly & Anni” Russo manages a mashup of celebratory highlife with stately electronica for an immersive and grooving effect. Russo turns in a tender, but tripped-out version of Jobim’s “Waters of March” replete with watery atmospherics and heavily treated vocals that sound like they were beamed from some lysergic P-funk fantasy. The overall effect is hauntingly beautiful. The nod to film composer Danny Elfman, “Elfman,” features interlocking musical motifs and playfully theatrical dynamics that evoke Elfman’s moody-but-whimsical musicality.

Russo is best known for his dynamic, dexterous, and densely layered rhythmic approach, which has propelled a bevy of jazz, rock, and electronic artists. As a bandleader in his own right, he founded and fronts the widely successful Grateful Dead revival band, Joe Russo’s Almost Dead. He first came to national attention with the Boulder, CO-based free jazz-rock collective Fat Mama and later as one half of the experimental downtown NYC post jazz combo, Benevento-Russo Duo. At various points over a near two decade career, he’s played with Cass McCombs, Craig Finn, Shpongle, Trey Anastasio and Mike Gordon, Gene Ween Band and Furthur featuring Phil Lesh and Bob Weir of The Grateful Dead.