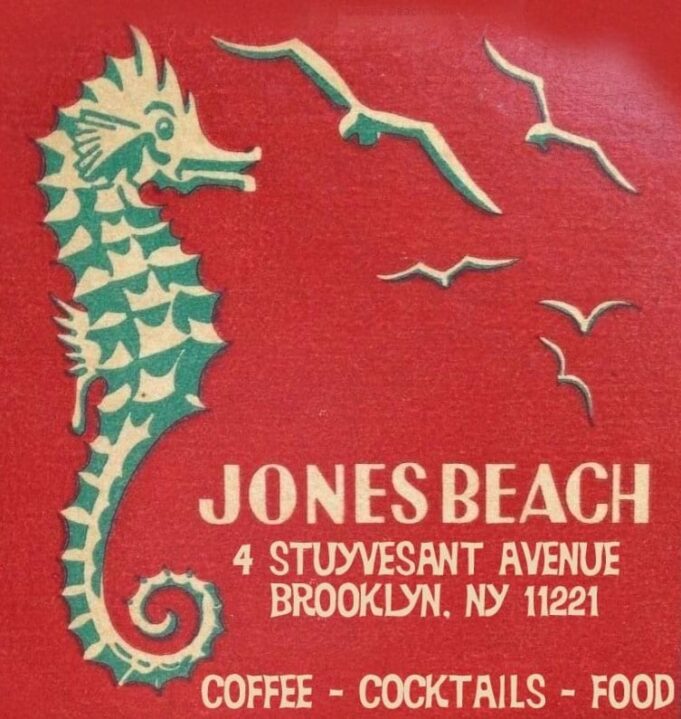 Something otherworldly and borderline insane went down in the shadows of Bushwick on September 27th. A stacked bill of electronic/noise mavericks played a night long set at the burgeoning Jones Beach Bar and Café, where both musical sensibility and the sound barrier were pushed to their limits.

The night started off easy with Vincent Hunter, mixing some progressive trance beats with heavier rhythms and samples. The crowd was sparse, but the mood was tight, and the heat soon picked up with Nullobite. Stationed behind a laptop decorated with a collage of stickers, they produced a fantastic cacophony of hissing beats that lashed and slashed through the air like leather-bound whips. Haunting electronic textures swallowed the room whole, spiraling the audience into a demonic frenzy of music and sound. Barely discernible dialogue broke through the grating, circular saw like, noise storm that settled momentarily for a synth interlude. Mood went from black to white as the argumentative voices calmed down; frequencies became lighter, concluding with a succinct lullaby chime. Nullobite slammed their laptop shut, and the room broke into applause.

Basking in the realm of performance art, the madness continued with 2 Girls 0 Hammers. What sounded like a sample of “Lucky in the Sky with Diamond’s” whimsical organ intro was gradually overshadowed by an audio soundscape of harsh arctic winds and trickling cold water. This sonic elemental storm served as the soundtrack for 2 Girls 0 Hammers’s performative catharsis. Wielding two hammers, the artist went to town on an aluminum tray, beating it to bits. The set lasted less than fifteen minutes, but the audience demanded an encore. After a second round of harsh noise and metal abuse, 2 Girls 0 Hammers packed up and headed to their next show.

Mouthedwounds lived up to their name, howling sweet screeched nothings into a mix board duct taped with a distortion pedal and contact microphone. Atonal, menacing, and evoking pain, the performance droned and concluded with aimless moans that teetered off as bursting rhythms rung out.

Things tightened up with P.R.O.G.R.A.M. Reminiscent of dark-core bandcamp artists like Filmmaker, P.R.O.G.R.A.M touted a visceral stage presence, commanding the brutal procession of ferocious rhythms blasting from their laptop. Sounding off like live ammunition, the rounds of blown out drums and corrosive synth leads drove the crowd into a manic dance. Minimal dissonant melodies ensued, oscillating into a whirlwind of hardcore chaos. Half way through one of their tracks, P.R.O.G.R.A.M took a solid stance, grappled their sweat drenched shirt, and screamed straight into the air with wretched fury. Transcending metal-esque stage rage, they were the most brutal act of the evening.

The show was slated to run till 4:00AM, but unfortunately, I didn’t have that kind of endurance. That last set I caught went on around midnight; their stage name was DJ Fleshlighty. Standing over an array of sequencers and interfaces, Fleshlighty opened his set with a steady beat and looped vocals; the crowd sat on the floor to marvel. Building and breaking down a texture driven soundscape, their tone was warm and hypnotic. Echoed frequencies oscillated as Fleshlighty murmured into his microphone, guiding a heart pounding kick that rhythmically shattered through a storm of looped aggression. A member of the audience was invited to bark into the microphone. They took up the offer and proceeded to howl as Fleshlighty manipulated their vocals. Chilling and austere, the set concluded to the resounding applause of a packed room, and I made my way to the subway.