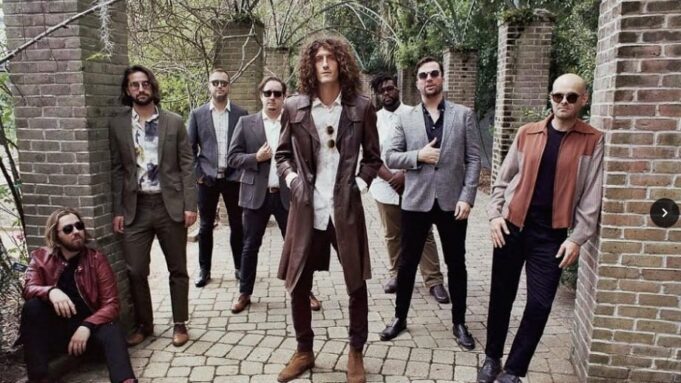 The band has been touring the globe with increased popularity since the release of the single “Wish I Knew You When I Was Young” in 2015. That song was written by the band and was produced by Ellman and reached #1 on the Billboard Adult songs chart in 2016-17. Since then they have taken their show on the road around the globe.

The band formed in New Orleans in 2007 and have signaled their international acclaim by playing the New Orleans Jazz and Heritage festival, the absolute pinnacle for any band from the Big Easy.

The Revivalists began when guitarist Zack Feinberg met vocalist/lyricist David Shaw as a young man riding his bike on a different route than usual, and rode past Shaw, recently transplanted from Hamilton, Ohio. The two struck up a conversation and got together to play music. The rest is rock and roll history in the making.