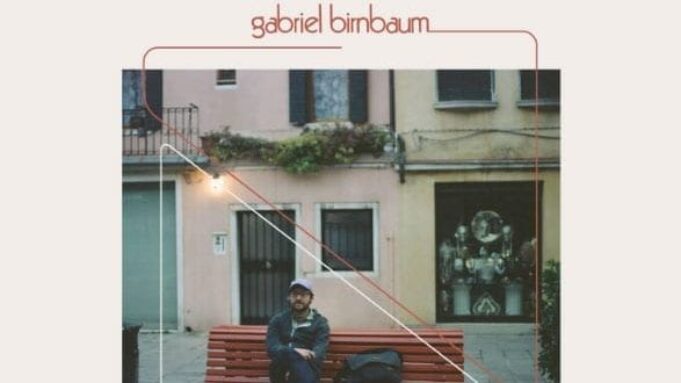 Gabriel Birnbaum turned 21 on stage at a bar in Tampa, Florida, to the sound of strangers singing “happy birthday dear Dave,” having misheard his name. He turned 22 at a house venue in Murfreesboro, TN – one of those spots where they would cook you a meal made out of dumpstered groceries and then let you sleep on the couch when everyone got tired of drinking. On his 30th birthday he played a show at Bard College and spent the night on the carpeted floor of an off-campus house next to a grinning plastic skeleton, the first thing he saw in the morning light.

For someone who’s a perpetual outsider, the life of a touring musician can be a salve. You always have a reason to be where you are, and you’re always going to be somewhere else tomorrow. It’s a kind of suspension of life, an endless succession of similar nights marked by odd details and occasional transcendent moments – the cafe in Idaho where the proprietor left you with his gun overnight for “protection,” the art space in Iowa that reeked of the Subway sandwich bread that was baked upstairs every day, the festival where you met a hero and got to feel that for the day you were peers, members of the same musical lineage. You pocket those stories and trot them out at parties, pore over them until the paper softens like an old love letter, but as the years go by and you remain outside of normalcy and stability (and health insurance), they can feel like a ripoff.

Birnbaum, a working musician since his teens, began as a jazz and avant-garde saxophonist, with stints playing everything from throwback soul music to harsh noise everywhere from the grungiest DIY venues to Lincoln Center and festivals like Bonnaroo and Le Guess Who. At 30, when he began to write the nine songs that make up Not Alone, he had arrived at one of these moments where everything seems to be ending, aside from another year as an underpaid condescension-receptacle in the service industry. After he finished his shifts at the cafe he would go to a bar, a different one each night, always alone. He’d nurse a beer and sit in the bubble of ambient chatter and warm light and see himself fading out of existence. Call it failure, call it burnout, call it clinical depression (doctors did). Call it whatever you want, it can only be lived in for so long.

But if you’re going to keep going in the end, in spite of all the bullshit and hopelessness, in spite of an industry full of hacks and strivers and power-abusers, in spite of never being seen, you might as well do it exactly the way you want. So he did. After a luckily timed offer of some free studio time, he decided to make Not Alone as a birthday present to himself, and called in some of his favorite musicians to join him: Will Graefe, who plays guitar for Okkervil River and comprises half of the duo Star Rover; Adam Brisbin, extraordinary guitarist for Buck Meek and Sam Evian; and Jason Nazary, a freewheeling drummer who passes easily between the avant-garde, indie and jazz worlds.

Inspired by Neil Young’s on the fly process, and by the brilliant session players in the Wrecking Crew and their contributions to LPs like Jim Sullivan’s UFO and John Phillips John the Wolf King of L.A., Birnbaum took his songs to the band with no real preparation. Together in the living room of the Great North Sound Society they found the magic moment of each track while a pork shoulder simmered in the slow cooker. “Every song has two magic moments,” he says, “the first is when it first coheres from separate parts into one solid thing, and the second is about a year into playing it live, when it reaches a kind of sleek, streamlined perfection. We were after the first one here.” The LP was tracked in a couple of days, with a few gentle overdubs, and then mixed by like-minded songwriter Will Stratton.

Out of a season of endings, if there’s enough time, will always come new beginnings. As the autumn turned to winter, Birnbaum met someone new and began to fall in love with an intensity he didn’t think was possible anymore – it was as if the entire world round him had come back to life, just as everything was freezing. And in falling in love he found a new version of his own voice: a simpler and clearer one, less interested in hiding, willing to accept itself as it is, to trust the song to reveal itself at the right speed. Having seen the dark from the inside, he was ready for the light when it came. Not Alone contains both at once.