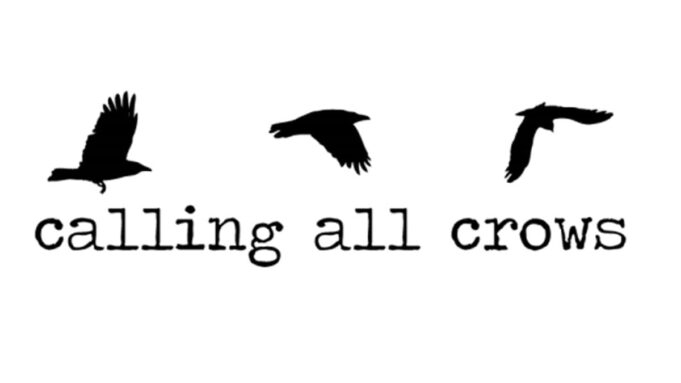 Chadwick Stokes announced his 12th annual benefit concert in support of Calling All Crows at the House of Blues in Boston on Saturday, December 21st.  Performing with his band, the Pintos. Money raised at the concert will help channel the power of live music toward community change for women and girls. Special guests will be announced soon. Tickets for the concert are $36 and up and are available at LiveNation.com.

Calling All Crows is the social activist organization founded by Stokes and his partner Sybil Gallagher founded in 2008 to bring their commitment to hands-on service and activism on the road. Since then, they have continued to work with musicians, fans, and nonprofits to better the lives of women locally and globally. Their current focus is preventing sexual violence at shows and festivals through their #HereForTheMusic campaign, which has trained over 1700 musicians, venue/festival staff, industry professionals, and fans to-date.

“We work for a future where the success of live music is measured not only by ticket sales, but by the impact of fans and musicians mobilizing for social change to improve the lives of women around the world,” said Stokes.

Past campaigns have included gun violence prevention, refugee support, marriage equality, hunger, and more. Calling All Crows has invested over 30,000 hours of service and raised more than $575,000 to support organizations in communities across North America and Europe.

Stokes and The Pintos are set to release a new self-titled record on November 15th which was produced in Brighton, Massachusetts. Stokes enlisted the artistic muscle of friends and family on this record. Willy Urmston (Chadwick’s younger brother) plays banjo and sings backup vocals; Jon Reilly, Stokes’ long-time touring and recording percussionist, also contributes backup vocals.  Tommy Ng on bass and vocals rounds out the ensemble, an addition that was narrowly missed. Ng was a dedicated volunteer with Calling All Crows and one day Stokes and Ng were working on site at one of the Crows’ many service projects when he heard Ng singing. When Stokes was sure that he wasn’t poaching Ng away from one of his other bands, he invited him on board.

Chadwick Stokes and the Pintos perform a benefit concert for Calling All Crows at  the House of Blues Boston on Saturday, December 21st (Doors – 7:00PM  Show – 8:00 PM).  Special guests will be announced soon. General admission and stadium tickets are $36 in advance; $41 day of show. Foundation Room Pre-Show tickets (includes acoustic performance by Chad and an autographed copy of the new CD) are $76/GA Floor and $126/VIP Box Seats.  Tickets are on sale Friday, September 27th at 10:00AM at LiveNation.com.