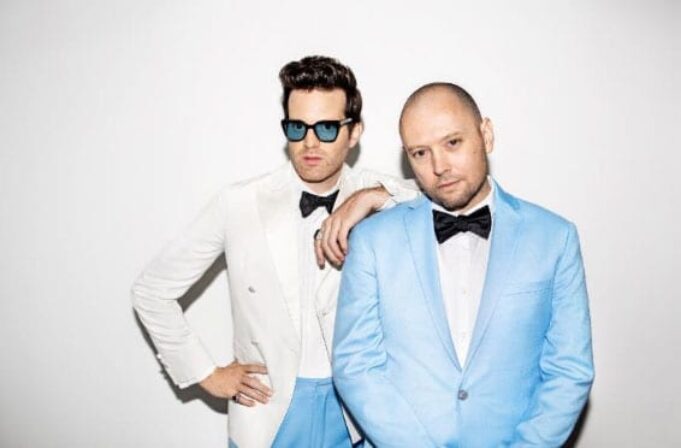 Tuxedo III, the duo’s critically-acclaimed third studio album, was released July 19th via their own label, Funk on Sight, and entered the Billboard Heatseekers Albums Chart in the Top 10. Produced and arranged by Tuxedo, the 11-track album features the singles “The Tuxedo Way,””Toast 2 Us” and “Vibrations” and an array of special guests including MF DOOM, Gabriel Garzón-Montano, Parisalexa, Leven Kali, Battlecat, DāM-FunK, Gavin Turek and Benny Sings.

Tuxedo is currently in the midst of a summer headlining tour in support of the new album. The 21-date outing, which features a five-piece live band, continues tonight at Thalia Hall in Chicago and then makes its way to Minneapolis, Seattle, Vancouver, Portland, San Francisco and Santa Cruz before stopping in Los Angeles August 23rd at the Globe Theatre and wrapping August 24th in San Diego.

Bonding over a shared love of Chic, Parliament, and the other signs in the greater funk Zodiac, Tuxedo (Los Angeles-based Hawthorne and Seattle-based One), has been steadily making a name for themselves over the past five years, standing at the forefront of a new wave of gangster boogie – one that owes as much to G-funk as P-funk. Their first full-length release, Tuxedo (2015, Stones Throw Records), debuted at #1 on iTunes’ R&B chart in the U.S. and Top 10 on Billboard‘s R&B Albums Chart. Their follow-up album on Stones Throw Records, Tuxedo II, (2017), which premiered with a special performance on Jimmy Kimmel Live!, is a modern testament to unity and positivity in trying times, serving as a reminder that the dance floor will always be there to welcome you, whoever you are.

Tuxedo has since performed on Conan and NPR’s Tiny Desk and been featured by the likes of Billboard, Wax Poetics, Mass Appeal, DJ Mag, HipHopDX, Nylon, OkayPlayer, Huffington Post, EW.com, and Medium, among many others, throughout their rise. Tuxedo’s music has been streamed nearly 40 million times on Spotify, with their playful, throwback-centric music videos amassing over 16 million views on YouTube. Considering their individual successes – Mayer Hawthorne’s four acclaimed solo albums and Jake One’s impressive production work for hip-hop’s elite including Drake, Future, The Weeknd and De La Soul – and eight Grammy nominations between the two of them, it’s no surprise that their powers combined have yet again yielded an absolute slapper, perfect for dance parties in 2019 and beyond.