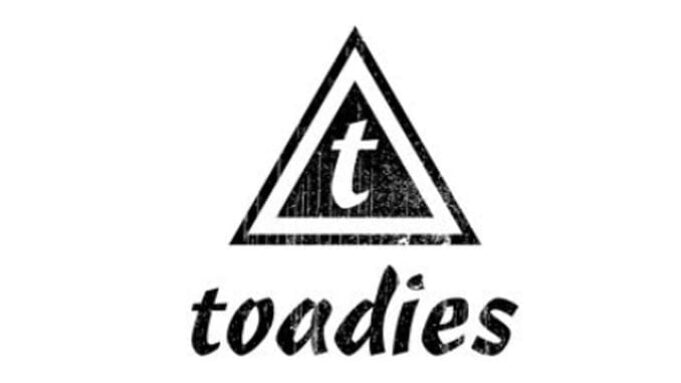 Toadies have enlisted Steve Albini to record their eighth studio album, the session scheduled for early 2020 in Chicago. Bassist Doni Blair refers to Albini as a “bucket list producer.” Guitarist Clark Vogeler adds “There are records in each of our collections that were recorded by him which mean the world to us.  The sound he brought to records like The Pixies’ Surfer Rosa, and PJ Harvey’s Rid of Me, capture the feeling of being in a room with a band while they play (quite loudly, it would appear).  A personal fave, Wedding Presents Seamonsters, saved me in a way that no other record has.  The emotion of the songs just pours out of the speakers.  His recordings of bands are honest; there’s not much in the way of Pro Tools fixing (he records to tape) or studio trickery (no autotune in sight!).  It’s mostly just a band in a room with microphones, playing the songs, and that appeals to us at this point.  We’ve always felt like we could deliver live, so why not record the band live?”

Before heading into the studio, Toadies will celebrate 25 years of their platinum-selling debut album Rubberneck. Originally released August 23, 1994, Rubberneck featured the hit singles ‘Tyler’ and ‘Possum Kingdom’ which reached #1 on Billboard’s Heatseakers chart and spent 49 weeks on Billboard’s Top 200 chart. Toadies broke up shortly after the release of the follow up full length Hell Below/Stars Above.  A one-off gig in 2006 became a full-fledged reunion with their devoted following growing stronger each year since.

To celebrate Rubberneck’s anniversary, Toadies will play four Texas shows performing the album in its entirety.  Clark Vogeler says “That people still want to hear the Rubberneck songs live, 25 years later is a testament to the bond that people make with the music they love. There are certainly albums that old or older that mean a lot to me, so it’s not hard to understand. To be in a band who plays songs that elicit joy in a crowd of people is a musician’s dream come true. There is literally no feeling on earth like the one I get when I play the first few notes from ‘Tyler,’ and everyone in the room screams with excitement.” Drummer Mark Reznickek adds  “I never gave much thought to what I’d be doing 25 years later, but I’m pretty certain I didn’t think I’d still be playing all those songs. I never expected the band or the album to be as long-lived as it has been.  Seeing the smiles on the fans faces, and hearing the roar of the crowd when we play their favorite songs will never get old.  I guess I really am livin’ the dream.”

Kathy Valentine’s Bluebonnets support the Rubberneck anniversary shows. A Texas connection, the band formed in Austin, Texas with core members Kathy Valentine, Dominique Davalos and Eve Monsees meeting at the famed Antone’s club.They call their sound glam garage with layered girl-group harmonies. Tight and tough, their songs are energetic and genre-defying, arrangements held together by guitar interplay and hooks you remember long after the show.

Switching genres, in Houston Toadies will open for chart-topping country singer Cody Jinks. Of the odd pairing, Clark Vogeler says: “We have a had a great time lately playing shows with bands that one would not necessarily expect The Toadies to accompany.  It’s been my experience that younger audience members tend to have a much wider range of musical tastes, and that seems like a positive development. Cody is a super talented fellow so, we’re excited to do some shows with him and we appreciate that he is sharing his audience with us.”  Rez continues: “We’re always looking for ways to make new fans, and when we’ve played with country artists in the past, it’s always been an unexpectedly good fit. So I think it’s pretty cool that we’re gonna be able to play with Cody Jinks.”

Toadies have more than 25 years, countless shows and seven studio albums behind them. They have played Lollapalooza, ACL, graced the cover of Marvel Comics, released five signature beers with Martin House Brewing, a signature coffee with Full City Rooster, have had a “Toadies Day” declared by their hometown of Fort Worth and have hosted ten Dia De Los Toadies, their festival that launched in 2008 honoring Texas musicians and beyond.