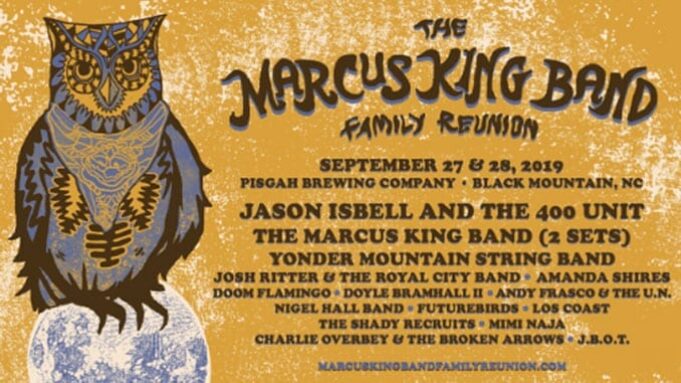 The impressive and diverse lineup for the two-day music and arts festival, held just outside of Asheville, NC at Pisgah Brewing Company, has been carefully selected by Marcus King himself. The “electrifying performer” (Rolling Stone) and young American songwriter curates every aspect of the event from personally organizing the family-jam collaborations, to hand selecting each vendor.

Marcus King began his year with critical acclaim for his band’s third studio album, Carolina Confessions, and has continued to gain momentum with marquee festival appearances (like on Willie Nelson’s 2019 Luck Reunion), premiere support slots (he’s currently touring with Chris Stapleton), and numerous sell-out shows (including a recent three-night tour run at Brooklyn Bowl). This weekend, The Marcus King Band will head to their hometown of Greenville, SC to perform at the sold-out Hometown Throwdown, which will be livestreamed on Relix and Nugs.net. Marcus is showing no signs of stopping as he prepares for the return of his own branded festival this fall.