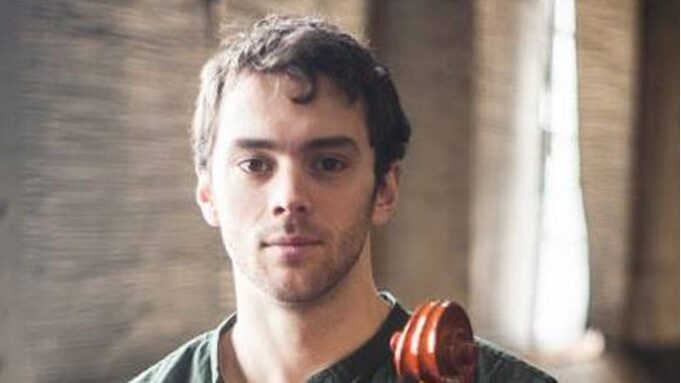 Matthew Thornton was “discovered” (happened upon, really) by a certain humble scribe a few weeks ago, at open mic just a half-mile down the road. For just a minute, it escaped ready-recall whether it was the songs or the playing that most popped out. The voice, memory served to say, was plenty more than adequate- and likely more like ‘right on,’ or perfect for the material.

The material- all the artist’s own- is quite good; to say the very, very minimum, superior. On the sardonic side of witty but no less clever and intelligent, the lyrics are straightforward enough to hear with little effort, especially with such excellent articulation applied with to the stream-water flowing voice. Good thing, too: some lines have a rapper’s worth of words packed in, and every syllable has meaning within the song- and every song is just as full of meaning.

Anybody remember when Springsteen was “the next Dylan?” Somebody call Time Magazine; there’s a new boss in my little town. The other most-obvious comparison to be made would have to be Harry Chapin- this stuff is that kind of meaningful minstrel music. Figure in the fine fret-work, every bit as articulate and superior as the singing and the lyrics, and the level of the 28-year-old’s very artistic output. is on its way to being on a par with Bruce Cockburn. Seriously. Watch this guy.

Watch the video. Some sweet instrumental intro parts were passed by before the amateur camera-man realized it was THAT song, but once the melody came clear, the switch was flipped and the red, round button pushed. There might be some more amazing examples of the words, the voice, the technical musicianship or composition in various of Matthew Thornton’s supply of songs, but this one, freshly named “Is It Really Working,” has a pretty perfect balance.

Not unlike Doug Hewitt’s “OK To Be Human,” this is a popular song and FM-staple waiting to be unveiled- except its too good. Such saccharine string arrangements as come with big-budget production á la L.A. are almost asking to be applied, but the ever-insurmountable issues of intelligence, alacrity and acerbic assessment of Things As They Are will always arise to keep a cap on the commercial potential of most any Real Artist like these local heroes.