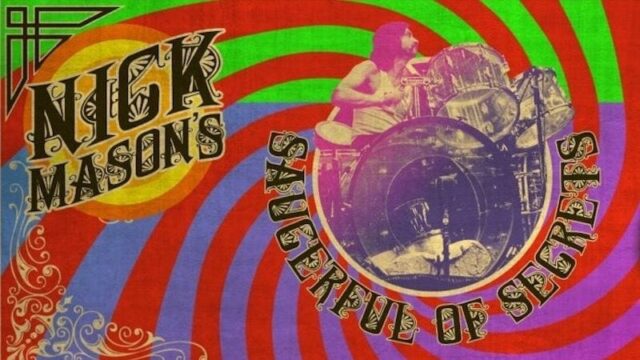 I have a confession to make, I’m a tribute band junkee.  As a musician myself, who has always stressed “finding my own voice” (perhaps better translated to, “I’m not talented enough to sound like any of my guitar heros), I sometimes find this strange.  But, after my two favorite bands, The Grateful Dead and Pink Floyd, both stopped touring in the mid-90s I found myself seeing bands like The Machine, Dark Star Orchestra, The Australian Pink Floyd Show, and Melvin Seals and JGB.

However, things took a much more interesting turn in the early 2000s when Grateful Dead bassist Phil Lesh started his “Phil Lesh and Friends” project.  Unlike most tribute bands, who typically attempt (with various degrees of success) to faithfully reproduce the sonic (and often even the visual) experience of being at the original band’s show, Phil took a different approach.  Treating the Grateful Dead’s library of music more as its own “genre” than simply a single band’s catalog, he’s put together incredible groups of musicians who re-interpret the music, much as a Jazz musician does when approaching playing another musician’s song.  Warren Haynes and Jimmy Herring sound like Warren and Jimmy when playing with The Q (arguably the most successful of Phil’s experiments), not like Jerry and Bob.

Phil’s vision has spawned an entire movement in the Grateful Dead world with bands like Joe Russo’s Almost Dead and Grateful Shred performing their own unique interpretations of “Grateful Dead as musical genre” (masterfully in the case of the two aforementioned bands in my humble opinion).

However, to this day, the same can not be said for Pink Floyd.  Bands like Brit Floyd and even Pink Floyd members Roger Waters and David Gilmour have continued touring the world with high production value (and highly entertaining) reproductions of what later year Pink Floyd shows were like.

“When we were rehearsing for David Gilmour’s 2006 solo tour, David graciously asked the band if there were any Pink Floyd songs we thought the band should perform.  I suggested The Nile Song.  David suggested I find a new band.  And I have.”

SOS focuses solely on Pink Floyd’s early works, pre-1973’s career-changing/defining “The Dark Side of Moon.”  Starting with their 1967 debut, the Syd Barrett fronted “Piper at the Gates of Dawn” through 1972’s transitional album, “Obscured by Clouds,” the band takes a fresh spin at interpreting a part of Pink Floyd’s catalog that rarely has been touched over the years.

On warm March evening in San Francisco, the band launched right in with a powerful performance of Interstellar Overdrive from Pink Floyd’s debut album.  They continued on this path with the first two tracks from this album, Astronomy Domine and Lucifer Sam before segueing into a beautiful acoustic driven version of Fearless from 1971’s “Meddle” (I have said in the past that while I believe “Dark Side of the Moon” is probably the greatest Rock and Roll album of all times, “Meddle” is my favorite Pink Floyd album).

The band continued through the early catalog with Obscured by Clouds then When You’re In from 1972’s “Obscured by Clouds” (in my opinion, Pink Floyd’s most underrated album) followed by Remember a Day from the namesake album, “A Saucer Full of Secrets.”  Up next was Arnold Layne, the band’s first ever single, followed by a real rarity, Vegetable Man, which Mason explained was never released because the band never finished it.

And so the evening continued, fluctuating between lighter, acoustic moments, powerful psychedelic jams, full on rock and roll, and the sometimes odd psych-pop of the Syd Barrett area as the band worked through If, Atom Heart Mother, The Nile Song, Green Is the Colour, Let There Be More Light, Childhood’s End, Set the Controls for the Heart of the Sun, See Emily Play, and Bike before ending the set with a powerful One of these Days (probably the only song performed that you might expect to regularly see at another Pink Floyd tribute show).

The band returned to wrap things up with A Saucerful Full of Secrets and the very appropriate finally of Point Me At the Sky (“all we’ve got to say to you is goodbye”).

Perhaps it’s not fully fair to label a band that contains one of the original members as a real “tribute,” yet I know many people will turn their nose up to “the drummer” starting a new band piggybacking on his original band’s success. However, with SOS, Nick Mason is re-introducing an important part of Pink Floyd’s legacy, and does so masterfully with a group of musicians that not only do justice to the original while keep true to themselves, but clearly does so while having a ton of fun at the same time.

Nick Mason’s Saucerful of Secret is a MUST SEE for any true Pink Floyd fan! 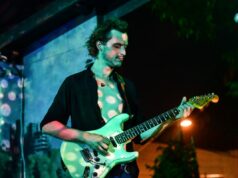 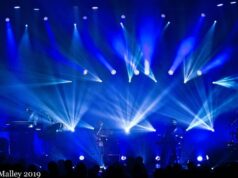 Live Music News & Review was born out of a love of live music and the wish to chronicle the amazing shows happening around the country. Stories and reviews are born both from our editorial board and from readers just like you around the country.
Contact us: lmnandr@gmail.com
5,766FansLike
209FollowersFollow
295FollowersFollow
6SubscribersSubscribe

The Floyd by Rick Winfield