Next month, on November 23 and 24, come two highly anticipated shows at Albany’s Palace Theatre: a two-night run from the reigning masters of live jamtronica, The Disco Biscuits (with an opening set the first night from soon-to-be-big, Albany jamband, Formula 5). People seemed to be really hyped about these coming shows. Why? Because the biscuits are tasting better than ever. 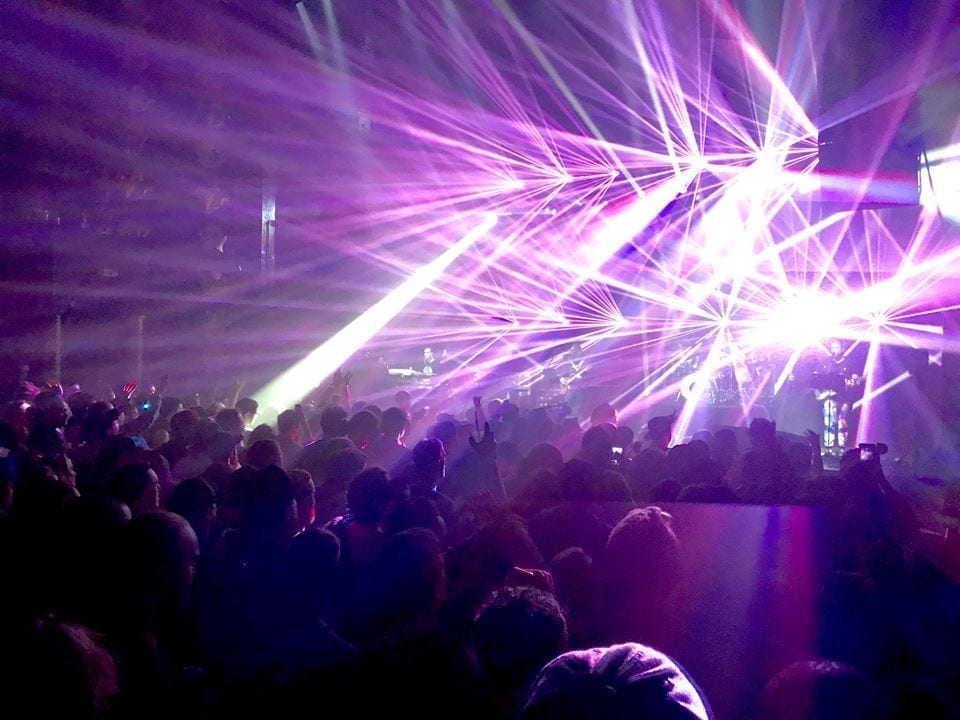 Last weekend, the four-piece played a two-night run at The Palladium in Worcester, MA, and they rocked it all weekend along. In addition to special intimate sets from guitarist Jon Gutwillig and keyboardist Aron Magner, they delivered four big, far-ranging sets across the weekend. For both veteran fans and for people just getting a first feel of the untz, these were top dollar performances.

The band pretty much blew the weekend wide open with what fans have been calling one of the very best first sets played all year. They are not wrong: featuring a wild Uber Glue to start, the band took off right away and didn’t look back. The Caterpillar was good enough, but the real appeal of the weekend was imminent from here. Uber Glue would return in a stellar reprise jam, as would Caterpillar, but only after a “Miracle” and “Air Song” sandwich, within this larger sandwich, did they tie it down everywhere with propulsive, well-balanced playing from all four members.

Check out Miles’ review of the Bisco show on March 8 in Providence here.  There is plenty of video on that review, too.

The “Rivers” brought on set two of the night in comfortable, patient style. Atmospheric chords from Aron Magner and steady walled behind some patient, extended guitar soloing from Jon Gutwillig. From there, the band once again jammed to the end of the set without stopping, traversing the coolest corners of space age rock, and dipping into some ultra gooey dub rock somewhere along the Boomshanker —> Mr. Don line.

Night two saddled itself beside night one, making for a hard call for best night. A “42” to start off offered Palladium weekend audience yet another sandwich, this time comprised of only four huge songs across the first set. Fans cheered wildly pretty much all the way through “The Very Moon,” a top favorite in the Biscuits catalogue, from it’s spirited opening segment, to the very awesome way it drops into the funk section halfway through. This one was jammed out into “Orch Theme” and found deep dark territory, and in the thick of some very focused playing from the band, Barber’s guitar sounded like a medieval war horn sending out an ominous battle cry. 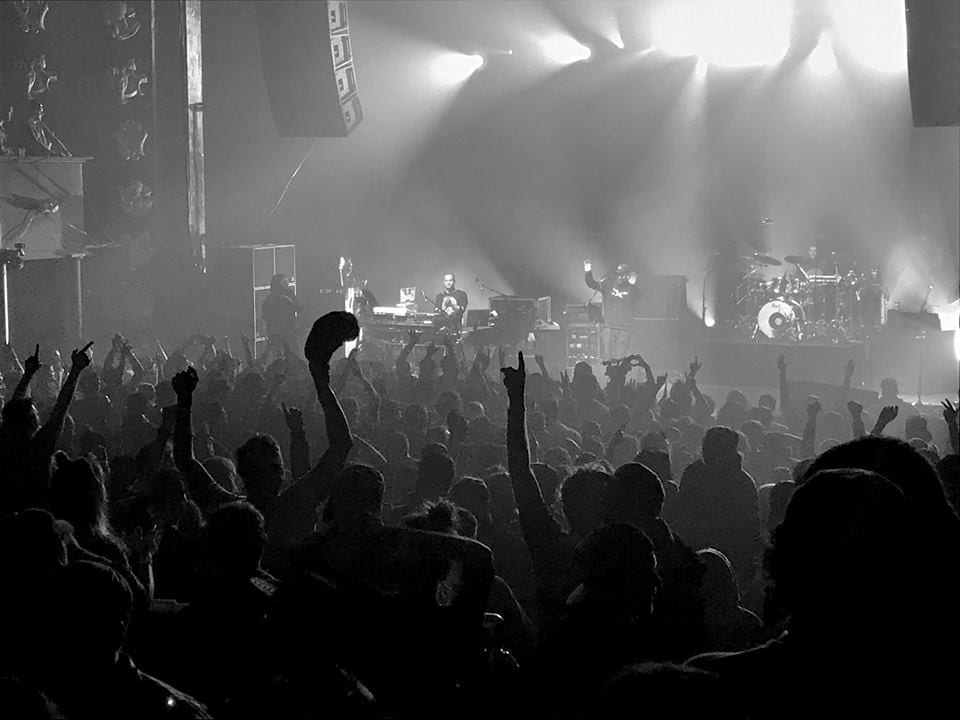 Night two set two, I was gifted with a personal favorite Biscuit song, “Rockafeller,” and this was a very good one. An inspired type-one one jam grew gradually out of this tune, taking it further than fans might have expected the band to, and was capped by some epic arena-type soloing at the end. But the real meaty journey of the night was the Helicopters sandwich that worked its way through a “Feeling Twisted” and an unfinished “Rock Candy.” Candy and Twisted both scaled rolling musical peaks, giving the crowd’s infectious energy back over to them again and again. Through the welcomed strong return of “Helicopters,” the crowd was pretty ebullient throughout the entire Palladium.

Even the House Dog Party Favor, coming as the encore for night two and the last little gift of this weekend, was packed with creativity from the band, and taken well beyond the limits of any standard encore. If anything, even this last little jam showed that there’s very little, if any, material The Disco Biscuits are not willing to power rock out or trance-funk out to the brim, in their (by opinion) unmatched earnest for live improvisation.

Check out Miles’ review of the Bisco show on March 8 in Providence here.  There is plenty of video on that review, too.