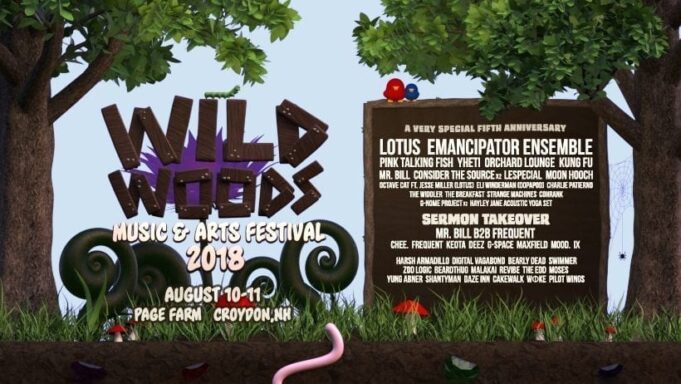 From the video page of jamiegoldberg10

Pulling up to Page Farm in Croydon, NH for Wild Woods Music and Arts Festival, I was racked with anxiety. I always tend to get like that when attending a festival for the first time, or a new venue, and ultimately the new crowd of people. There’s a brilliant word for it. I’m not too sure of its origin, but the word is “resferber.” It’s a noun meaning, “the restless race of a traveler’s heart before the journey begins, when anxiety and anticipation are tangled together; wanderlust,” So while my heart and the rest of my insides were hopping around like some frantic bullfrog, I took the time in between deep healing breaths and consumed the all out beauty which is Page Farm.

And just like that, all the nerves stopped with the car engine. As soon as I set foot on the lush, freshly cut grass I knew this place was unique. The camping area was wooded, but open, with plenty of space for campers. Fresh wood chip scattered along the ground made for a comfortable, dry load in and it was only a short, flat walk to the main concert field. In between were the food and clothing vendors. The verdure of the main concert field is what first caught my attention, then its sheer size. But then, out of the corner of my eyes ( yes, somehow my eyes split to the opposite sides of my head) I spotted two stages. Both being somewhat art exhibits themselves, they flaunted two different original designs.

The main stage (Page Stage) reminded me of an Aztec drawing of a large winged bird-it’s arms outstretched, reaching from one side of the stage to the other. The second stage (Reliquarium Stage) was clearly steampunk influenced. It had two large fan-like apparatus’ that jutted out on the left and right side of the stage, intricate copper pipe work laced the top, while in the middle, above the musicians was a giant cog wheel. It was beautiful. My friends and I were celebrating a birthday that weekend (Happy Birthday Meg!!) and it seemed essential to hit up as much music as we could.

The first band we caught was Bearly Dead, and it blasted the weekend off like a shot from a sprinters gun. But this wasn’t a sprint. It was a marathon of incredible music all lumped together into one magic weekend, and we needed to stay on pace. The masterful covers of the Grateful Dead were just the medicine to fuel our hearts.

After that was the familiar absurdity of Consider the Source followed by the rambunctiousness of Moon Hooch. The set I found to be most interesting that night, however, was Consider the Source’s acoustic set. The 2 a.m. set was quiet and intimate. Half the crowd was seated and intently watching while the other half danced and grooved right along. It was a relaxing, fun way to end the night.

Friday night proved to be the best weather wise as Saturday brought clouds and rain later in the day. We were up early to catch the Hayley Jane acoustic set. That woman is truly an artist, and it’s always a delight to catch her act. Her warmth and love seep deep through her music and soak the audience to the bone. No matter the festival, I tend to find a band that is my “Supriise Act” of the entire show. It’s a band that I’ve never previously heard before and one that takes me by my ear and leads me to them. 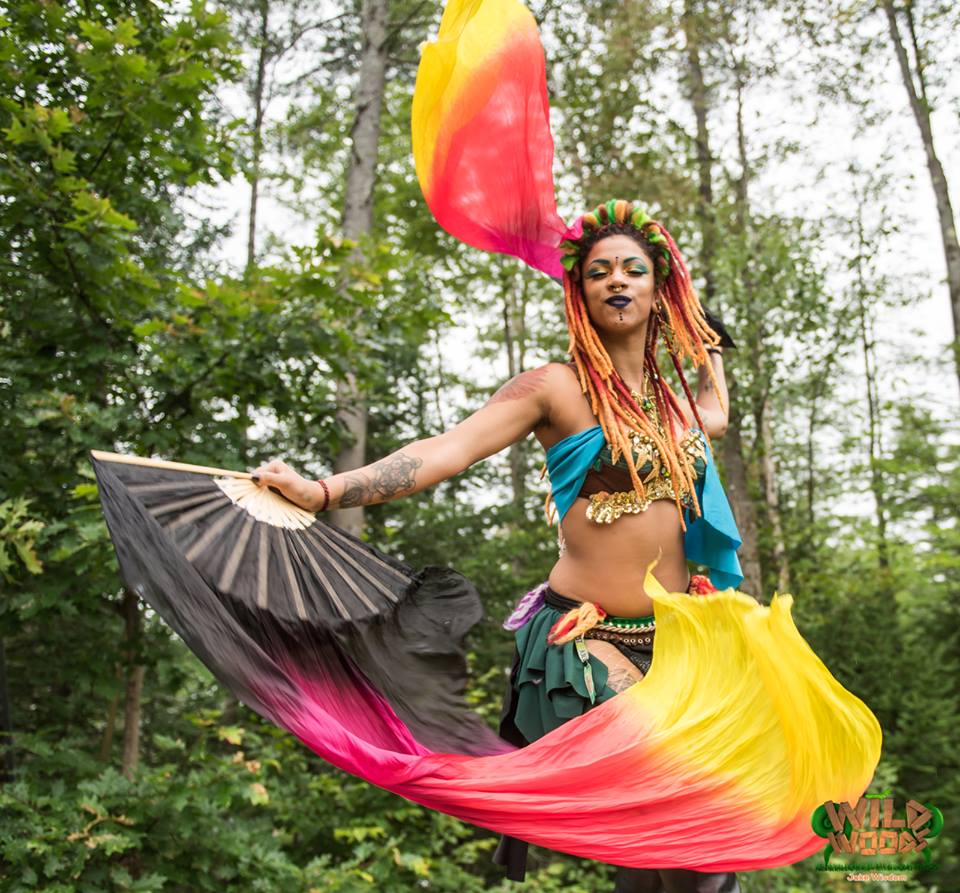 This year, as I was lazy lounging under our E-Z Up half way between both stages, the notes of Swimmer hit me. Their set opener shocked me to attention. The second song had me up and dancing. By the third song I was dead center and enjoying every minute. The four-piece from Burlington, VT describes themselves as Rotten Roll music. A brilliant term which translates into roll and roll mixed with a whole bunch of other elements like jazz, funk, electronica, as well as other things. They are fun, talented, and are certainly making a name for themselves.

From there, our crew was in it for the long haul. We took in fest-favorite Harsh Armadillo at their Page Stage throw down, and also caught sets from The Breakfast, super-group Octave Cat, and the ever so funky, Kung Fu. Lotus was the set that put me over the top! It was my third time seeing them this year with never having seen them before. I knew what to expect, yet was still floored. I met and danced with more friends than any other festival I attended this year.

From the video channel of Infinite Vibrations.

We ended our night with lespecial, another band that is sparking the interests of music lovers wherever they play. A mix between jazz, hip-hop, progressive rock, and electonica, the band put a solid set together and even had time to cover a song that has been churning up a lot lately. Toto’s “Africa” had the crowd belting out the tender lyrics in wild banshee form. For us, the night and festival was complete.

One thing I have to make abundantly clear is the astute production value of the entire festival. Some sincere thought and love went into making this entire weekend wonderful and fulfilling. From the laxer shows (some of the best I’ve ever laid eyes on – truly mind-warping stuff), to all the dancers, flag-wavers, poi-throwers, and fire-spinners, Wild Woods was the complete package. Also, I have to give a shoutout to the cleanup crew who, without a doubt, worked harder than anyone else. I think I may have seen one cigarette butt and one bottle cap on the ground the entire festival. And I made sure I did my part and picked them up. They were on point!

Sunday, packing up was a little tough. Partly because of the rain, which is always a downer when leaving a festival, but most because we didn’t want to leave such a magnificent place. Wild Woods, you have taken a large piece of my heart. But it’s OK. I want you to keep it, hold on to it for a while. Hold it with the same amount of love that you threw into this festival. Remember that I will be back from time to time to check in on it, but I’m absolutely positive that it’s in the best hands. Thank you for a perfect weekend.

From the video channel of Infinite Vibrations.