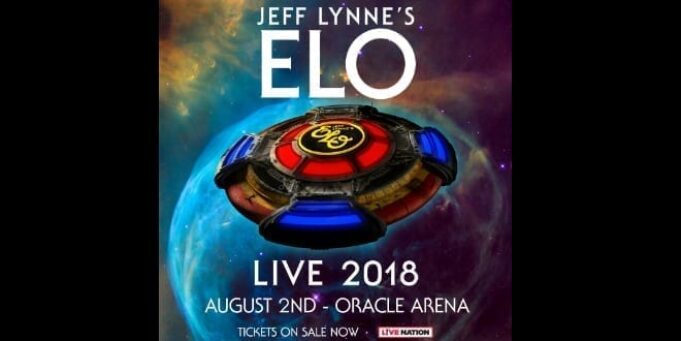 I’m a child of the 70’s. I was 3 years old at the start of the decade, entered my teenage years at the dawning of The Reagan Era. I was surrounded by Ford Pintos and Top 40 AM Radio. Elton John, Linda Ronstadt, The Doobie Brothers, Jim Croce and Electric Light Orchestra. That was the soundtrack to my childhood, provided by KFRC 610AM. Some forty years later, I finally had a chance to see Jeff Lynne’s ELO, 37 years after the last United States roadshow.

From the video channel of Manel Rios.

Thursday, August 2nd at Oakland’s Oracle Arena was the first stop on a quick 10-city, 12-show tour. While many in attendance at the sold out arena wore their frayed, faded and much tighter fitting vintage tour shirts, the night didn’t feel like decades of pent up nostalgia searching for an excuse to pay the babysitter and purchase a $12 beer. With a large segment of the crowd in their 20’s and younger, this was a celebration of the songs. The songs: ‘Evil Woman’, ‘Turn To Stone’, ‘Mr. Blue Sky’, ‘Don’t Bring Me Down’, ‘Do Ya’….and yeah, even ‘Xanadu’.

The songs. Jeff Lynne and his 12-piece band pulled off a remarkable task. They played an extremely tight, thoroughly rehearsed, 20 song set of near perfection without ever sounding sterile. It was fresh, alive and powerful, largely due to Donovan Hepburn on drums. He was the soul of the show. His energy brought new life to the heavily orchestrated music, while never overplaying or taking the focus away from the reason we were all there: the songs.

From the video channel of concertkid

Lynne’s voice sounded better than it should with so many miles on it, but there it was. I admit I was completely sucker-punched by the classic McCartneyesque ballad ‘Telephone Line’. Lynne, standing center stage with only his acoustic guitar and the opening line “Hello, how are you?” took my breath away. By the time he reached the third verse, “Okay, so no one’s answering. Well can’t you just let it ring a little longer” the tears had overtaken me.

From ELO’s first single, ‘10538 Overture’ thru The Traveling Wilburys’ ‘Handle With Care’ and on to the 2015 release ‘When I was A Boy’, Jeff Lynne and company ran through one of pop music’s great catalogs, and wrapped it all up with Chuck Berry’s ‘Roll Over Beethoven’.

Entering Oracle Arena, we overheard a conversation taking place behind us. “When I was five, my parents took me to see ELO for my first concert. thirty eight years ago. Tonight I’m here with my son for his first concert”. Lucky kid. Jeff Lynne’s ELO will be part of his childhood soundtrack. Later, as I closed my eyes and listened to ‘Can’t Get It Out Of My Head’ and ‘Livin’ Thing’, I was brought back to my transistor radio, KFRC 610AM and the songs.

From the video channel of BIGKAT 0812