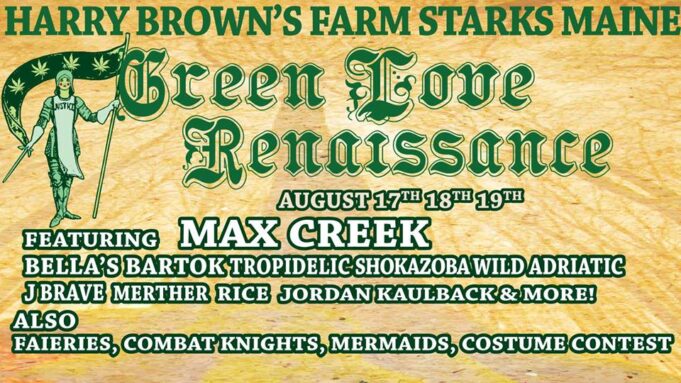 For years I have been hearing about Harry Brown’s Farm and the little haven tucked up in rural Maine.  It sure was far from central Mass to get up there, but it turned out to be well worth the drive.  Arriving at close to midnight on Friday night, we were put in a quick holding pen while they rustled up someone to escort our vehicles down to the camping area.  It was super quiet for a Friday night at a festival, and the whole vibe was super mellow. 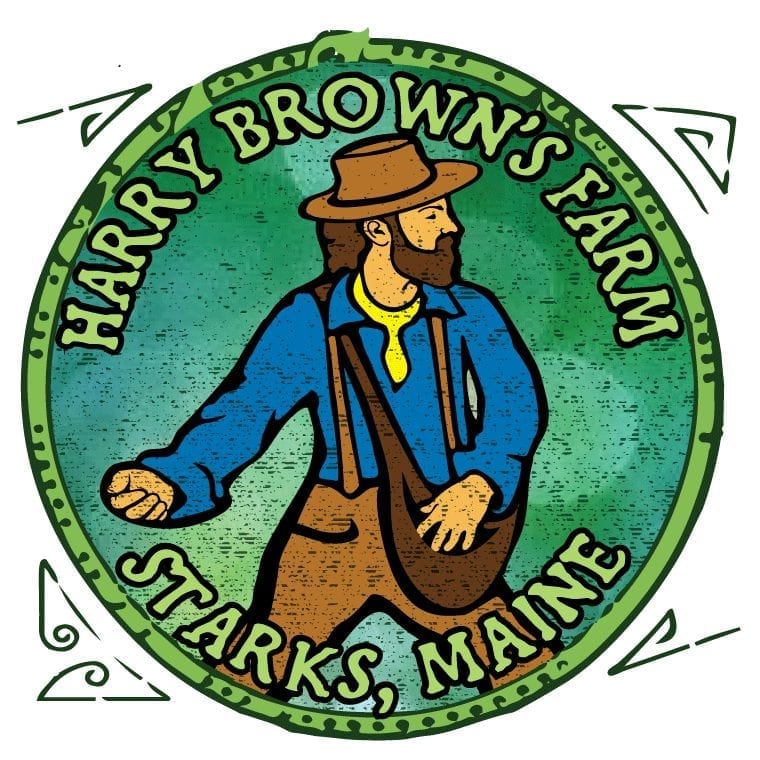 We got set up briefly, looked for our friend in the RV area, got settled, and wandered to the main concert field.  They don’t call it Harry’s Hill for nothing, there is a lengthy slope that leads up to the flat area bordering the stage.  There is a healthy sized main stage and then a tent directly adjacent to it with its own stage.  Late night Friday had a DJ on the stage and a couple hundred people hanging out and socializing.  Again, a very mellow crowd would speak to the vibe for the weekend.  I was disappointed to miss Friday’s band, Shokazoba, but again, it’s far from central Mass! Saturday dawned and I was up bright and early.  I wandered around, checked out the stage, and met some folks.  Up first was a solo artist, Jordan Kaulback I believe, who combined guitar looping with vocals and performed both covers and originals.  He is definitely a disciple of Zach Deputy with a bit of Jason Mraz thrown in, and he entertained the crowd for a good two hours at around noon. The crowd was in super dress up mode with a lot of different people dressed in period dress, or just plain old dressed up.  It was fun that people were taking the Renaissance vibe seriously, and they were rewarded with a late afternoon armor / knight fighting demonstration that was playful and just a nice illustration of what makes regional events like this unique.

Mid-day, rice – an American Band took the stage.  That day, rice was a seven piece band with Kyle Heon on drums; Lauryn Winiarski on bass and vocals; Steve Benson on pedal steel, mandolin, and vocals; Phil Simon on guitar and vocals; Emily Jones on vocals; Brian DiMartino on guitar; and Joshua Leach on guitar.  A full ninety minute set stretched until 4:20 PM with a mix of covers and originals.   The crowd really responded, and the day was on its way. The full set recording is below, the first half of the recording is marred by some wind sounds, but that fades and the second half is more clear.

Harry Brown himself took the stage directly after and thanked “rice – a Marijuana Band,” and gave a speech about THC and cannabis, the property, and the festival that have supported this cause for the last three decades.  He is clearly a beloved figure there. What came next was a Max Creek show for the ages.  Two very lengthy sets that stretched hours and hours.  You could tell the band was relaxed and in super shred mode.  Scott Murawski was in fine form, giving a lesson to the crowd on guitar technique.  I stood with my guitar playing buddy, and we were both amazed at the fret work.  Mark Mercier, interestingly, chose to do all covers that night, it seemed.  John Rider was holding down the bottom with his typical low-note perfection.

I was overly amazed on this day at the amazing drum work of Bill Carbone.  In addition to being able to lay down virtually any appropriate beat or time for any of the songs, he was proving to be a master of the non-definitive playing. By that I mean, as the band was transitioning songs or ‘deciding’ what to play musically, he was able to throw down a primordial rhythm, something that could allow any particular player to progress without defining the direction or rhythmic foundation.  This allowed the players to breathe and stretch, and eventually someone would decide the group direction, and Carbone would make the rhythmic direction after that.  It was a throwback to Miles-era jazz and illustration of the mastery that defines the crossroads of improvisation and rhythmic direction that is necessary from the conductor of the rhythm section.  Plus, his connection with percussionist, Jay Stanley, was evident on extended drum spotlights, like during the Carbone vocal-led, Sweet Wynomi, which ended in a great drum section spotlight.  Kudos, Mr Carbone. Video courtesy of Scott Medeiros:

After Creek educated the crowd in all things jam and awesome, New England’s eccentric Balkan folk punk ensemble, Bella’s Bartok, took the stage.  They were in an alternative lineup with bassist, Dan Niederhauser, having called in sick due to pneumonia (in the summer?).  Asher Putnam ably filled in on bass from his lead singing position, and the rest of the band took it in stride.  I was only able to hang out for two songs, as the day’s fatigue was getting to me and our group.  We wandered back to the RV and was able to catch Bella’s on the wind easily enough.

Another early morning had me up and about and visiting with friends.  Conversation flowed easily, the sun was rising nicely, and we gathered up our energy for the ride home.  We heard tales of how good the late night band from Saturday night was, Merther.  While we would have liked to stay for Sunday’s program, it wasn’t to be.  It’s a long way home!  But we were sated, and will never ever again hesitate to go up to the Hill, but we may allow for more time to visit our friends in Maine.