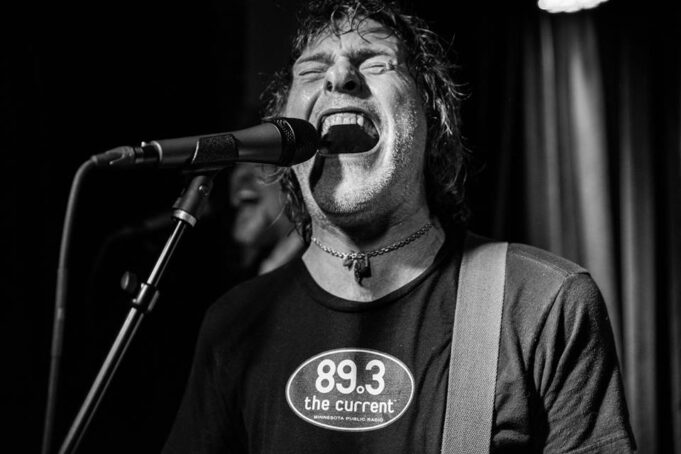 From the video channel of Fernando Vieira:

Trivia Question: Name the musician that was in the Replacements, had multiple other bands and solo albums, and was a member of both Guns n Roses and Soul Asylum.  This describes only one person: rocker Tommy Stinson.

In the 1980s Stinson gained notoriety as the bass player for indie rockers The Replacements. He then formed his own band called Perfect, over the years released two critically acclaimed solo albums, recorded with the Old 97s,  joined Guns n Roses for a long while, helped Soul Asylum to complete their album The Silver Lining and toured with the band, too. But right after his first stint with the Replacements, Stinson formed the Bash & Pop and has reunited since he left GnR in 2016.

The band came to New York on May 10th and played Jesse Malin’s room, Coney Island Baby.  Malin is a fitting host in that he too released many solo albums and had several bands including New York darlings D Generation.

Coney Island Baby is a self described “new bar and club located in the heart of the historic East Village of NYC. Featuring an amazing happy hour steps from Tompkin’s Square Park, live music, and dancing.”

Stinson’s pop indie rock sensibilities seem to be the perfect combination with the club.  The band consists of Tommy Stinson on guitar and vocals, guitarist Steve Selvidge, Joe ‘Kid’ Sirois on drums,  and Cat Popper on bass (from Jesse Malin’s band.)  Tommy and the band are “F’n Awesome!  A real rock and roller whose performance contained absolutely no bullshit.”

From the KEXP video channel:

Mark Ashe came to the show because of the openers, Liza Colby andJohnny and the Bootlegs who followed, and expected to only stay a few songs.  But Bash & Pop were so amazing that he stayed for the whole show. The band, the vibe, the crowd-  were all super fun, and Tommy seemed to be having the most fun of all.  There was no setlist and Stinson called out the songs and the band immediately answered.  The crowd knew the songs and sang along.  Even when someone yelled out from the crowd “Play a Who Song!!” the band answered with The Kids Are Alright as if it were nothing.