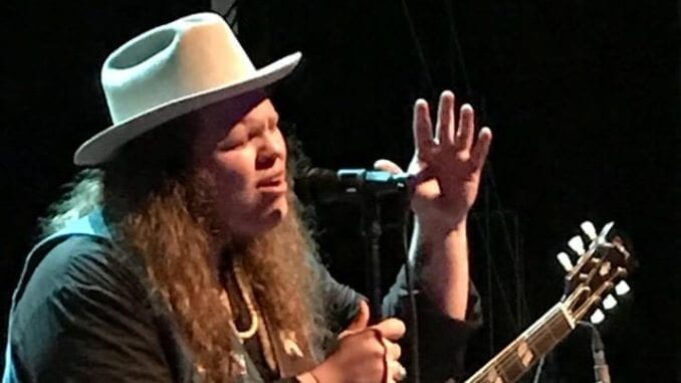 Oh what a night at the Fillmore Miami Beach!!  If you haven’t been to the Fillmore or haven’t been in a while, you’d be surprised. This stunning Art Deco venue has been home to the best of the best, The Dick Clark Show, The Ed Sullivan Show, Miss USA, Miss Universe, many Broadway shows, and many rock n’ roll acts just to name a few.  It underwent a multi-million dollar renovation in 2007 which included an amazing sound system as well as beautiful chandeliers. The venue is now operated by Live Nation.

The evening’s line up included The Marcus King Band as part of a multi-group show: Blackwater Sol Revue featuring JJ Grey & Mofro, the North Mississippi Allstars, and The Greyhounds. What a stellar performance it was.  The Marcus King band ripped the roof off the place. Marcus never disappoints.  Having seen him most recently in October 2017, when he sat in as a guest with Derek and Susan and the Tedeschi Trucks Band at their show at the Beacon Theater NYC, I knew this was a show not to be missed.  At age 21, Marcus is an incredibly talented guitar player.

Such a treat to see The Marcus King Band on my home turf with some close friends – two of which had never seen him perform.   Marcus is a soulful performer with a voice that complements his unbelievable guitar playing. The band rocked the packed house on Sunday night – – along the lines of “NEVER MISS A SUNDAY SHOW,” and this show was NO exception.

The setlist for the evening was as follows:

From the video channel of Todd Stephens:

The Marcus King band consists of:

If you love Warren Haynes, Derek Trucks, and/or Duane Allman, you will undoubtedly LOVE Marcus King. The Marcus King Band will be opening at least 19 shows for Tedeschi Trucks Tour this summer. They will also be at the Peach Festival.