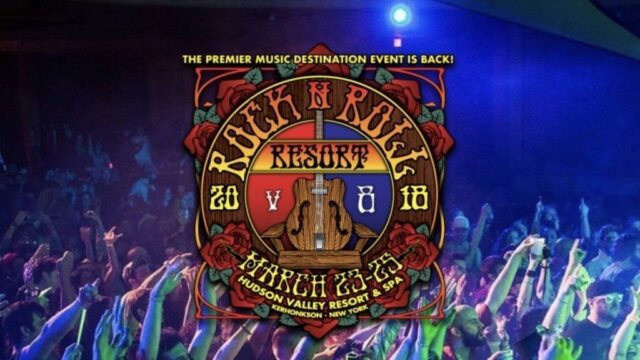 “ROCK N ROLL RESORT V8: THE GRATEFUL ESCAPE” MUSICAL-WEEKEND GETAWAY once again is held in Kerhonkson, NY from March 23-March 25th, 2018. To submit a review or story for consideration hit us at lmnandr@gmail.com Check out the Live Music News and Review.com Facebook page for updates and announcements. Rock n Roll Resort is returning to the fully renovated Hudson Valley Resort & Spa in Kerhonkson, N.Y., nestled in the Catskill Mountains just 90 miles north of New York City. Resort attendees will experience a festival-style event featuring multiple stages with musical acts from all over the country, art, vending and activities – all in one weekend, under one roof. This year’s Rock n Roll Resort takes place Friday, March 23rd through Sunday, March 25th.

Rock n Roll Resort v8: The Grateful Escape features two nights of double headers (two sets). First from Golden Gate Wingmen on Friday, followed on Saturday by two sets of Melvin Seals and JGB. Fans will also get multiple sets from “lethal-funk” pioneers Kung Fu throughout the weekend, and can catch a rare performance from psychedelic funk-rockers The Breakfast.    This year’s headliners draw from both the band members and music of Jerry Garcia’s two most prominent projects: The Grateful Dead and Jerry Garcia Band. Many additional acts are still to be announced that feature artists from a variety of styles and genres. Here’s a little more info about the headlining performers: From the YouTube channel of LiquidSilverStream: https://www.youtube.com/watch?v=zzV3nQ4sFeI Golden Gate Wingmen are a sought-after refuge for Deadheads because of its all-star lineup and their energetic interpretation of traditional Grateful Dead music. The band is made up of guitarist John Kadlecik (Furthur, Dark Star Orchestra, Phil and Friends), bassist Reed Mathis (Billy and The Kids, Electric Beethoven), keyboardist Jeff Chimenti (Dead and Company, Fare Thee Well, RatDog, Furthur, The Dead, Phil and Friends), and drummer Jay Lane (RatDog, Furthur, Primus, Electric Beethoven). From the YouTube channel of VideosMarkG: https://www.youtube.com/watch?v=yxelmxTt-Dc Melvin Seals and JGB have been known as “the keepers of the flame” since their continuation of the Jerry Garcia Band legacy in 1996. Melvin has been a powerful presence in the music industry for over 30 years, with a long-established reputation as a performer, recording artist and producer. He’s most revered for his powerful, high-spirited, Hammond B-3 organ, during his time playing the keys for the Jerry Garcia Band. His unique funky-blues rock-gospel fusion earned Melvin the nicknamed “Master of the Universe” with Jerry. Room info and packages, additional artist announcements, resort activities, directions and all event info can be found at RocknRollResort.com. To submit a review or story for consideration hit us at lmnandr@gmail.com Check out the Live Music News and Review.com Facebook page for updates and announcements. 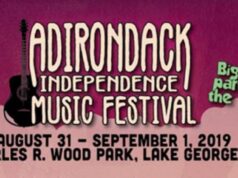 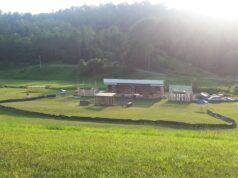 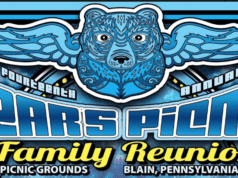