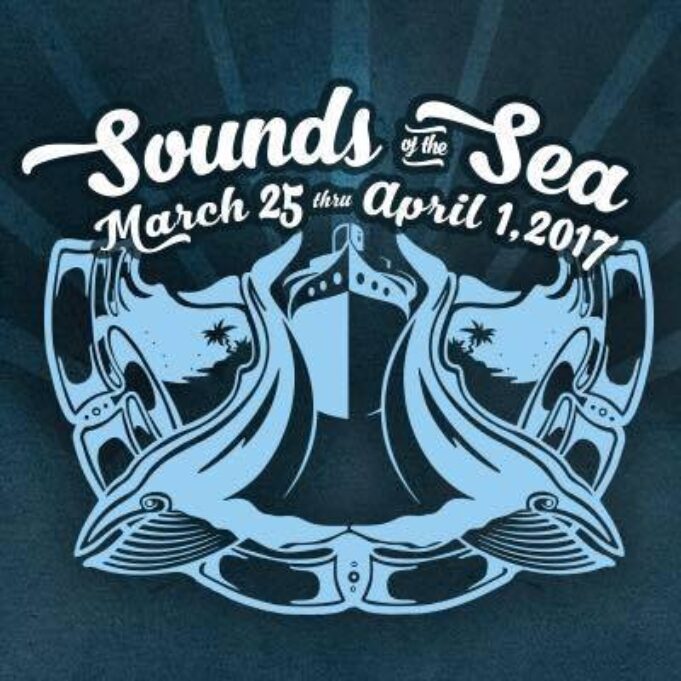 Sounds of the Sea Concert Cruise

Some photos by Joe Byron

The sounds of the Sea Concert Cruise continued its voyage through the Caribbean on that Monday, the third day on the ship with an amazing stop to Jamaica.  I had long wanted to go, having romanticized the island quite a bit in my mind.  We got off at the port city of Ocho Rios, with the majority of the ship departing all at once into the shipyard.

Check out the review of Sunday which included the Donna the Buffalo and Adam Ezra Group performances.

We gathered with some of our new friends (this is one of the great perks of this cruise, meeting so many like minded Creek freaks and new friends, many of whom you felt like you may have known for years already) and decided not to do any of the ‘official’ excursions.  We walked along the beach path for about a quarter mile and spilled into a municipal parking lot where we found a cab to take us to the beach.

The driver was a young man who introduced himself as what I thought was Tough Boy, but it turned out to be Tuffoy.  He was twenty five, and was both polite and an easy going guide to the beach.  He brought us out there and promised to return to pick us up in time to get back to the boat.  We quickly rented beach chairs, parked ourselves beside the crystal waters and had a great day hanging in the hot sun.  A lunch of jerk chicken was perhaps the best meal we had all week, with an amazing Jamaican man (was he forty? fifty? seventy? one hundred years old?  who could tell?) playing acoustic music right next to us.

Tuffoy found us on the beach and brought us back into town at the appointed time.  He overheard us saying that we had a little shopping to do, so I didn’t panic when he bypassed the shipyard and took us into the neighborhoods of Ocho…  When he stopped I had anticipated what he said, “This is my friend’s store, you can get whatever you need, and tell them Tuffoy sent you.”  A little while later we were safely back aboard the Divina.

Check out the review of Saturday which included the first Max Creek performance of the Cruise.

It was easy to realize that the band and crew were having similar experiences to us as passengers when during the set Scott called out, “You ever heard so many fake Jamaican accents in your life?”  The two hour show was smoking hot, continuing the pattern of unusually good Creek shows.

Set list: COLUMBUS STOCKADE BLUES> Darlin, Emotional Railroad, Up on Cripple Creek, Peaceful Warrior, Gloria, If You Ask Me, Standing on Shaky Ground, You’re the Only One for Me, Helter Skelter.

The highlight of this show may well have been drummer Bill Carbone’s rant during Gloria.  Like all good rants it chronicled the experience we were all having on the boat, injecting realism and humor into our shared experience.  His parents and family were in attendance on the boat and you could just tell he was really enjoying himself.

Directly after the show the crew snapped into action, breaking down the full band and the full sound system in a record nineteen minutes.  A crew from the boat also showed up and all of the gear was moved across the boat to the Gold Room.  Just as quickly the system and band were set up, and Hot Creekin Acoustic was ready to play.

John Rider’s second love is to join up with the duo Hot Acoustics and fun special guests to have a casual but purposeful somehow band.  It’s almost like you’re hanging out with them in your living room or around a campfire.  They cover songs that are not in the Creek repertoire but also cover some Creek tunes.  That night it was Gary and Alyce Bertz, Jay Stanley, John Rider and Rider’s son Clayton as a special guest on one song, Bob Dylan’s I Shall Be Released.

The hot sun in Jamaica had taken its toll on us for sure: the long New England winter had left us pasty and white, and the hot sun was really a surprise to our hibernating dermis.  So even with just a few hours and sun screen, we were crispy.  So I only lasted about forty five minutes or so for Creekin Acoustic, and it was fun for sure.  But this is a long cruise, a marathon, not a sprint.  So sometime after midnight we were back in our cabin ready to pass out and face the next day.

Check out the review of Saturday which included the first Max Creek performance of the Cruise.

Check out the review of Sunday which included the Donna the Buffalo and Adam Ezra Group performances.