With a still growing resume of really killer musical acts booked on the regular, Hamden CT’s Spaceland Ballroom, with its adjoining hangout Outer Space, has made itself hard to compete with in terms of CT musical hotspots. Saturday night was an example of the awesome nights of music they put together, bringing Teddy Midnight, Formula 5, and TAUK to blaze out the walls with jams upon jams.

In various spots of CT and the surrounding northeast area, Teddy Midnight are a hometown favorite, and they brought a perfect introduction to the instrumentally colorful and far-ranging music that dominated this Saturday night.

Their trance-fueled grooves dip well enough here and there into deep wells of heady, jazzy sounds to make their repertoire unique and entertaining the whole way down the rabbit hole.

Formula 5, the second act to grace the stage, might look pretty chill, but are a band to be reckoned with, and one that’s no doubt on it’s way up in the musical world.

A true strength to Formula 5 is a clean cohesiveness to their jams that never quits, so that as they build their way through a scorching version of something like “3 Ring Circus,” like they played for the Hamden crowd this night, they find musical power always together as a strong unit. A fearless sense of improvisational reach takes tunes high, and through supremely groovy territory such as in the “Out of Water Jam,” without driving things too recklessly off the rails.

After a middle meaty, energized block of high-end jamming they switched up nicely into some more ballad-structured pieces, something their polished feel lends itself to as well. In the end, Formula 5 can play the part of the unpredictable jammers or the feel-good, sophisticated rock band. This night, the crowd got an offering of “It Goes…” a jazz-friendly new tune to be featured on their soon to be recorded new record.

The four-piece cooled down the heat of their set for a respectable take on the Vulpeck’s funkiest offering yet, “It Gets Funkier.” 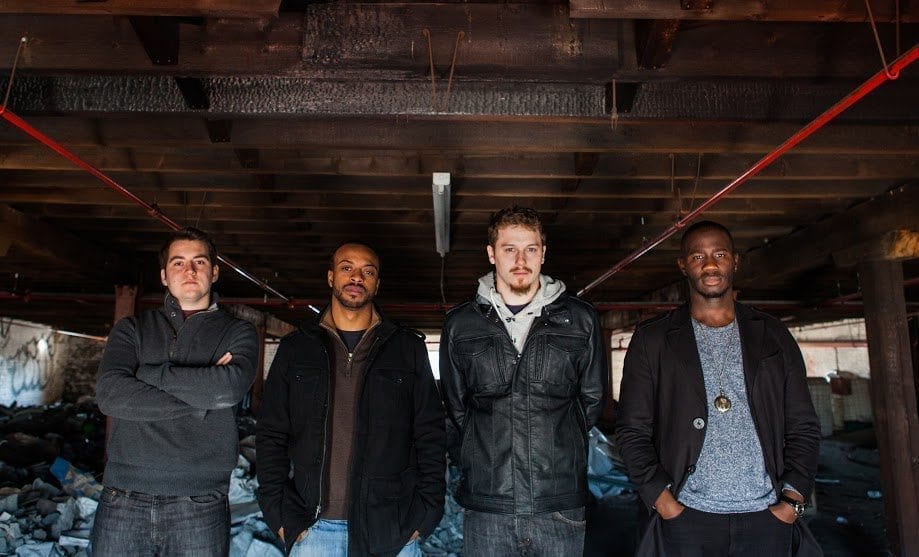 TAUK carried on the night and closed it in glorious fashion. Playing some material from their latest studio release, Sir Nebula, the Baltimore four-piece churned out two big sets of sprawling, introspective jams.

With their kind of refined but relentlessly slick improv, it ended up as no surprise that it was pushing midnight and TAUK could still keep an entire room of people moving around with energy. And then have them vying for what was maybe a 10+ minute encore-this which capped off The Spaceland Ballroom’s night with the fan-favorite cover of the Beatles’ “She’s So Heavy.”

Here is some Teddy Midnight from that tour two days earlier in Bridgeport:

From the video channel of mk devo