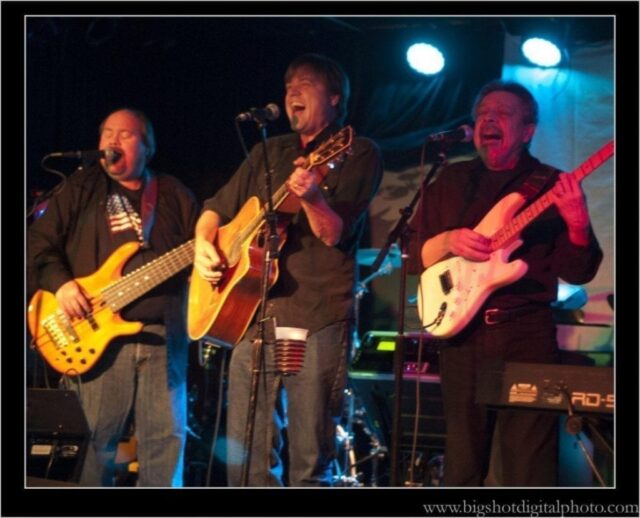 To say that Way Up South is a “southern rock band” doesn’t go far enough to fully encompass the band’s sound.  The band’s music pushes beyond that stereotypical “good ‘ole boy” genre and into the territories of blues, country, jazz, Americana and jam.  You might even call them a northern jam band with a southern, country flair.  As Worcester Magazine put it, “the band proves you can infuse your sound with some southern flavor while remaining unique.”

Way Up South calls their sound “Big Sky,” and that is apparent on their debut album by the same name.  A big part of this Big Sky sound is the improvisational freedom of the rock music they are playing.  It’s driving music, music you can roll your window down to, stick you head out of the car and take in the world.  But, it’s not all about the vibe.  Way Up South is also known for its musicianship.  With spot-on vocal harmonies, tight musicianship and an obvious love of music, these band members weave in and out of songs seamlessly as they transfer their bountiful energy to the audience.

The band’s debut album “Big Sky” was recorded almost exclusively live in bassist’s John Brigham’s home studio, and for that reason it really represents a Way Up South live show.  Without any extra special studio effects or add-ons, 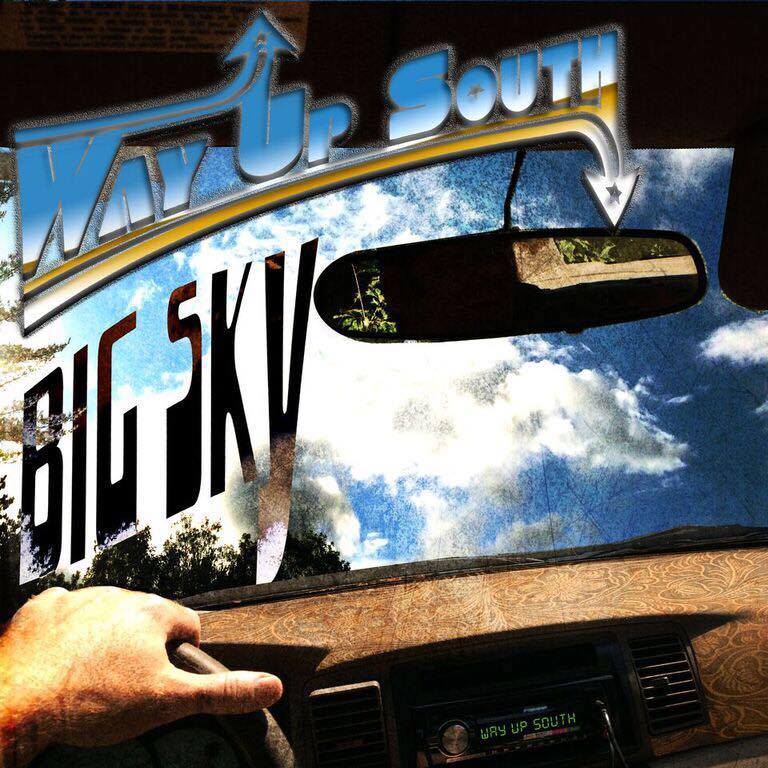 the Cd gives fans an experience akin to seeing the band in person.  Says guitarist Charley Carrozo, “Most of all, we made a record that represents our aspirations and passions. That is why we are all so proud of this record. The album was recorded with no restraints on the music…The sound of Way Up South is supposed to be felt as much as heard, just like at a live show, and between the mixes and the performances I think we achieved that with this first album.”

Live Music News and Review had a chance to catch-up with bassist John Brigham to talk about the band and their sound.

LMNR: How did the band come to be?  Is this the original line-up?

WUS: I will have to speak for Charley on this one as it was his vision to have a band that was capable of performing original music in a Jam Band sort of style with a Southern Rock influence…. Really kind of a Rock Fusion sort of idea.

This is not completely the original line up but pretty close. We added the second keyboard position, Dave Osoff, and we have had three very talented drummers, ending with the current Jack Howard.

LMNR: Can you give a brief description of what your music is like?

WUS: This has actually been a point of development. We have had a tough time really settling on a “tag line” for it. We really should just call it our own. We have influences from Jam Bands to Southern Rock to Sweet Ballad Rock and now we are adding some more current Country feel stuff to the mix. I like to call it Eclectic!!

VIDEO: Way Up South with Mark Mercier of Max Creek

LMNR: How does living in the North influence your lyrics and music? Where did the Southern influences come from?

WUS: Well, Charley has had the bulk of the writing production and he just has a way with words! He will love that comment! But in reality, he really has a way with writing. I have to be honest, I don’t or haven’t written anything because it takes a certain something that is only there with certain people. I know that is slightly off topic but not. His writing has the Northern flare to it, but has a fire that comes from the South- Quite a combination. The music part has both the North and the South to it based off of our own personal likes and tastes in music we listen to and have played for years. The other originals that have been written by both Jeff and Paul have both Southern and Blues influences, which are very tastefully adding to the mix.

LMNR: What makes your music/band unique?

WUS: I think a lot of what I have described above says it all. It is the influence of the original writing and the music that we have all played in so many different circumstances. We have a varied musical past that makes for a tasty blend that is unique.

LMNR: Tell us about your latest album. How did it come about? What makes it special to you?

WUS: If you are talking about the work in progress (2nd CD), it was a natural. We love to play and capture it. Allowing creativity, as well as having a plan, can lead to great things. We have started the process and will be working on it through the next few months.  We produce our own work, as many bands do today, and that is what makes it special. We only have to answer to ourselves and what we want to present to the audience.  That’s what is special.

LMNR: What does your creative process look like? How did recording go?

WUS: The process is just the same as when we play out.  Play the song with feeling and heart to try to get the message across.  We record the way we rehearse, which is a very comfortable zone to be in. It goes very well. But we do try to get a few versions down, again to try to capture something special.

LMNR:  If you had one original song to choose for new listeners to get into your music, what would it be? Why?

WUS: I really have to go to Charley on this.  For me, they are all very cool and all have a message that should entice new listeners. I think the best part is that they are all very “musical” and pleasing to hear.

WUS: Tons! Between all of us there are common grounds as well as great diversity. Dave went to see Dolly Parton the other night! I hadn’t even thought to go see her, although I love what she has done. We all have rock per se in our history with the likes of The Grateful Dead to The Allmans to Carlos Santana and I believe that you can hear that in our music.

LMNR: Do you have a favorite musician or band that you like to cover? How do you make the covers more your own style?

WUS: This goes with the influences as well. We have all played in bands that have covered many of the bands mentioned and many, many more. Paul has a huge Blues influence from the material he covered in The Bernath Band and its many versions over the years. I myself am a Grateful Dead/Jerry Garcia Band guy, but those guys covered everything and anything so that just makes it that much more interesting!!! I believe that this makes our covers that much more diverse as those styles play into each of our approaches to the song.

LMNR: Are there any particular shows you are looking forward to playing? Why?

WUS: They are all fun in their own way.  Even if the logistics are tough, we always seem to rise to the occasion. My personal favorites are the bigger stages/rooms so I can stretch out the sound of the bass. For instance, Cape Cod Melody Tent and Indian Ranch coming up! But small clubs can actually be a blast due to the intimacy. For instance, this last weekend we went from playing outdoors at The Gardner Ale House Birthday Celebration to the very cool 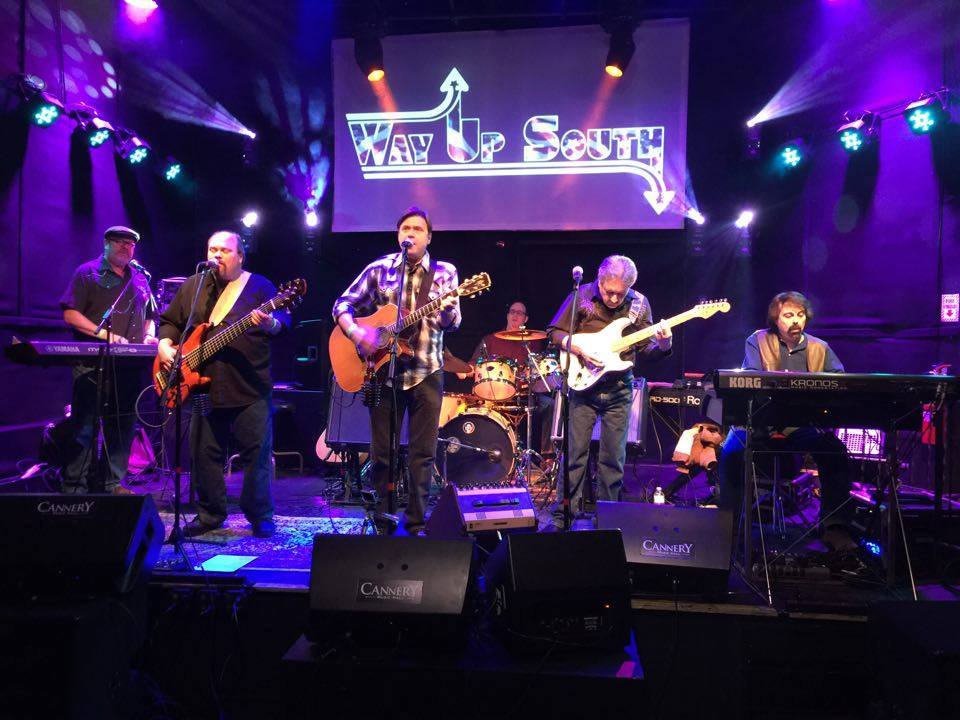 vibe of Amazing Things in Framingham. These were two completely different platforms. The intimacy and reverence of the “performance room” gig at Amazing Things was very rewarding. We were able to showcase our playing to a very attentive audience. Great feedback form them as well. Very cool stuff.

LMNR: What are your fans like? How do they influence your music?

WUS: Our fans cover the map. I think we go from 6 to “over 60.”   We quite often find that the kids are the dance floor residents at all ages shows and then we have a very “seasoned” audience as well. For that matter we are doing a show at The Northborough Senior Center this month to help celebrate the towns 250th birthday. We have it pretty good to have that kind of demand playing to all types of audiences. The fact that all of these different people like our music just helps feed the fire.

WUS: This is a great group of people making music together. We have a great support team in our families, friends, fans and our Mentor and Manager, Norman Gopin who help us get stronger and stronger. We look forward to keeping this going and making people happy with music.

For more information about the band visit www.wayupsouth.com.