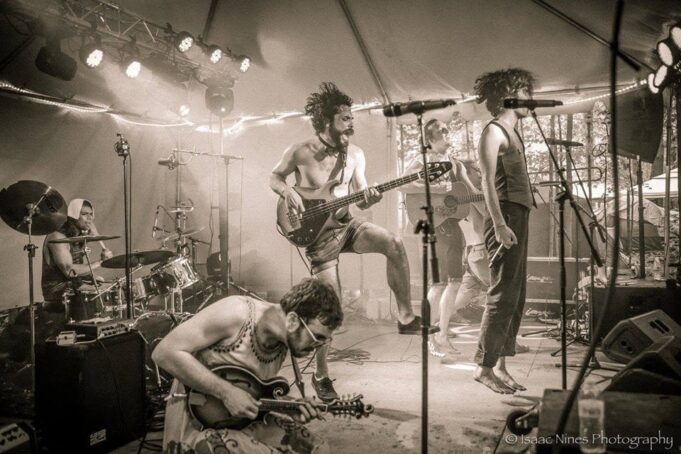 The Massachusetts-based bohemian folk punk group Bella’s Bartok will be streaming their show this Saturday June 11th live from the Main Pub in Manchester, CT.  This will be the first time the band will live stream the audio from a show in its entirety.  They are coordinating the stream with the online streaming aggregator ShowtheShow.com, which is where you can find the stream on Saturday.

The band’s sound defies genre definitions, moving from klezmer punk to modern pop, to make an extremely danceable performance.  As the Huffington Post recently described them, “When you hear Amherst, MA, band Bellas Bartok play their unique blend of folk, punk, and klezmer, it’s easy to get lost in the atmosphere. The ensemble group draws the audience in with its visual theatricality and keeps their riveted attention with its sonic groove” (Eoin Higgins, Huffington Post).

Bella’s Bartok recently came out with a new album, “Change Yer Life,” which they are touting as the first album they’ve made that really captures their live sound.  Created mostly in guitarist Chris “Fancy” Kerrigan’s bedroom, the band was able to have full creative control over the making of the CD, and you can really discer 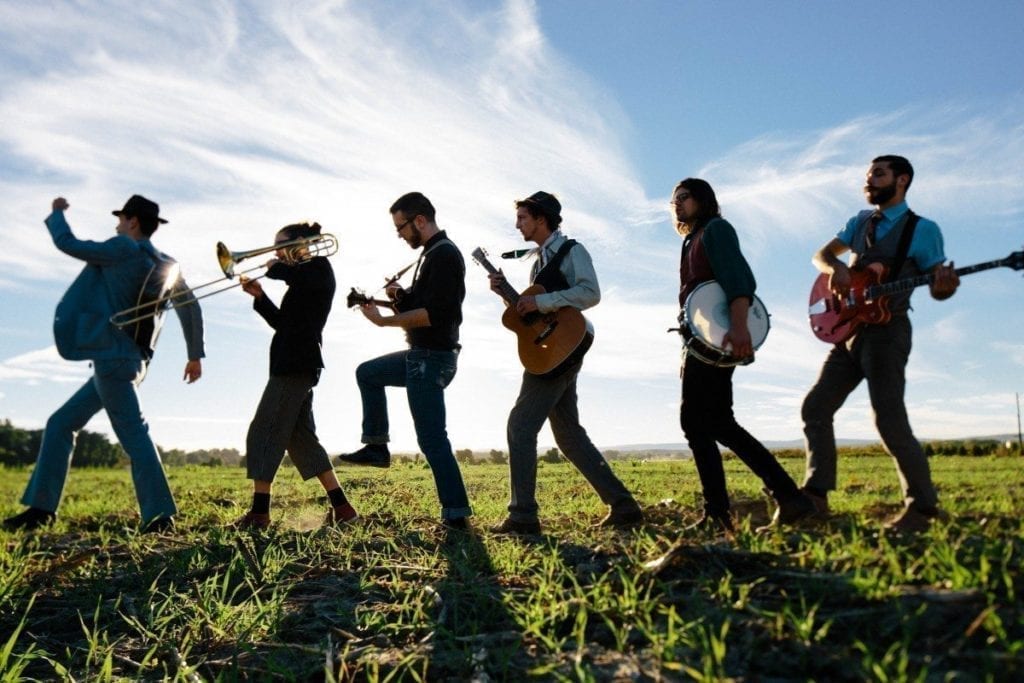 n the care they took when listening to the album.  As Soundwaves Magazine put it, the album showcases the band’s originality, commenting that “It’s one thing to commit to a really unique sound…it’s another thing to pull it off so convincingly and confidently” (Tom Matthew, Soundwaves Magazine).

The band describes what they do like this: “To understand Bella’s Bartok, imagine what you would get if Salvador Dali and Toulouse Lautrec were fronting the Moulin Rouge’s house band, and you have the exuberant spectacle that is Bella’s Bartok.”  Bella’s Bartok’s sound moves way beyond labels, pushing the envelope towards the darker side of Eastern European music, referencing vaudeville and 20th century eclecticism. This 6-piece whirlwind of energy is known for creating a spectacle on stage, complete with glitter, bubbles, balloons and masks, depending on the show.  Ultimately, it is Bella’s Bartok’s ability to get audiences of all kinds off their feet dancing, no matter their musical inclinations, that sets this group apart from the pack.  They’ve even broken multiple dancefloors at shows with all their exuberant jumping and dancing!

We recently asked guitarists Chris “Fancy” Kerrigan about the band’s upcoming show in Manchester, CT and what it meant to the band members to start down the road of live streaming.

LMNR:      This is your first time live streaming a show in its entirety, though the band has been streaming on Facebook Live.  What are you excited for most about this project?

BB: Mostly we’re excited that people who won’t be there in person will still be able to interact with us, to send us messages in a chat-room-like setting in real time. Wanna hear your favorite song? You can request it! Wanna yell at us for being too manic from the comfort of your own home? You can do that too! That seems awesome. That’s what the internet is for.

LMNR:    What can listeners expect from this broadcast?

BB: To dance! At home! Invite some friends over. You wouldn’t want to dance all alone.

LMNR: There are many different ways Bella’s Bartok has been described in the press, including the descriptors “bohemian,” “gypsy,” “vaudeville,” “circus,” “folk punk” and much more.  How would you describe your music?

BB:  Long answer: Ah, there’s the rub. Asking a musician to describe their own music by genre is a lot like asking a person to describe their own personality: it’s often best left to others. We’re maybe a little too close to our own art to describe it in abstract terms, but surely it’s an amalgamation of all the music we’ve heard and loved, the Hungarian musics that Asher and Jesse grew up on, the Irish folk music that I grew up on, and certainly the popular music we’ve all heard throughout our lives, from the Beatles to Nirvana. But more important than whatever adjectival descriptors we attach to the songwriting is the spirit we bring to our playing. I think we could play an Enya song and still get people’s hearts pumping. It’s almost like the genre is just excitement itself. But I’m getting a little esoteric, so:

LMNR: You recently came out with a new album, “Change Yer Life.”  Talk about the new album and how it has changed the lives of the band members.

BB: Ooh! We did it in our own studio, in our house, without any creative restriction. It was hard to mix an album of this magnitude (with like fifteen instruments on every track, as opposed to just pressing “record” for a singer/songwriter), but it did turn out, in my own humble words, FUCKING AWESOME. Am I allowed to swear?

As far as changin’ yer life, our own personal lives were well-changed already by the time we started working on the album. I mean, there are more potentially-big-money-making hard science college degrees in this band than you could shake a stick at, and we’ve all chosen the less capitalist (to an extent), less easy (to an extent), less lucrative (definitely) route of making a living from art. So the title points to the fact that we all, as individuals, have chosen the path less traveled, and we hope our music effects that feeling in our listeners, too. We want people to come see our show and then be inspired to quit their shitty job that they hate the next day. That’s what music is all about. Change yer life!

LMNR: You’re playing around pretty extensively this summer.  What are some gigs you’re particularly excited about and why?

BB: Ohh, any of the festivals are just amazing. Concerts where people sleep over? Why aren’t they all like that?! But if you want to get real specific, I’m excited about the Backwoods Pond Fest in early August, upstate New York, where we’ll play with Blind Owl Band, a HUGE inspiration. Being beer geeks, Okemo Summer Brew Fest is sure to be a solemn, dignified, drunken escapade. Nectar’s in Burlington, VT, also in early August, is special because I get to pretend I’m a young Trey Anastasio, on the up-and-up. Lastly, the Balkan Soul Festival this weekend, because we get to play with like-minded bands, but more importantly we’re staying at my mom’s house afterward, and I KNOW she’s going to make the Italian gravy for us the next day (ma, if you’re reading this, take the hint…..)

LMNR: What is on the horizon for Bella’s Bartok?  Any future plans?

Bella’s Bartok will be streaming live on Mixlr Saturday June 11th starting at 9 pm.  You can access the stream at ShowtheShow.com.