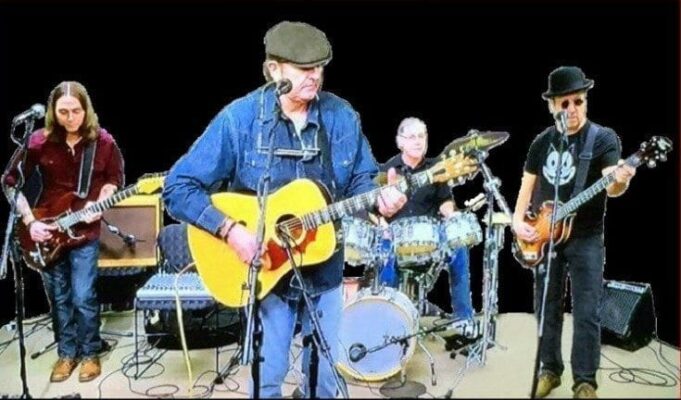 Marty Nestor & The BlackJacks are scheduled to return to the Bull Run Restaurant (ballroom) in Shirley, Ma on Saturday, July 9th at 8p.m. in support of the album they recorded on site “Live From the Bull Run.”   The album, Nestor’s newest Americana, folk, alt. country album performance (released October 22, 2015), was met with much anticipation as it continues to enjoy faithful success in the New England area. On the album Nestor was backed by BlackJacks Carl Johnson (lead guitarist), Jeff Root (bass), and Lloyd Lisley (drums).

Lead singer, back up guitar and harmonica player and Lowell native, Nestor, has said to be influenced by artists like Bob Dylan, The Beatles, Jimi Hendrix Experience, The Band, Kinks, Bowie and Rolling stones. Nestor has been performing since the fledgling age of 17 with bands like Strider’s Wrath, Side One, Downtwisted and NSL, later parting in the mhttps://youtu.be/8lwn-Q2aUKgid 1990’s from these groups to focus on his soloist career.

The band’s sound feels familiar in a nostalgic way of remembering dirt road drives in the summer where only blues music holds a candle to the pretense of a long hot summer, and everyone seems to be relishing in it.   According to Bill Copeland Music News, Nestor takes pride in keeping the sound and image of his work cohesive, saying “the goal is always the same… try to come up with the best possible ideas and put them on tape. That’s why it takes a long time to develop ideas,” reinforcing the old adage that slow and steady wins the race.

Tickets for the July show at the Bull Run Restaurant can be purchased at https://tickets.bullrunrestaurant.com/eventperformances.asp?evt=680

Live Music News & Review was born out of a love of live music and the wish to chronicle the amazing shows happening around the country. Stories and reviews are born both from our editorial board and from readers just like you around the country.
Contact us: [email protected]mail.com