Continuing on his ‘An Evening with Todd Rundgren’ tour, the prolific artist returned (he was just here performing at the Saban Theater in January) to LA for two shows (The Rose in Pasadena and The Canyon in Agoura Hills) where he played to dedicated fans of his work that spans 50 years.  Todd culled 50 songs from his incredible catalogue and chooses a set list for each night taken from that list.
There was something for everyone at these shows. Hits like’ Hello it’s Me’ and ‘Bang on the Drum’ to more obscure songs such as ‘Open My Eyes’ which appeared on the very first Nazz album back in 68.  The line-up consisted of long-time sideman Kasim Sultan on bass, Jesse Gress on Guitar and John Ferenzik on Keyboard (with whom Jesse has played on four of his albums). Rounding out the band was of course, Prairie Prince (of The Tubes) on drums. 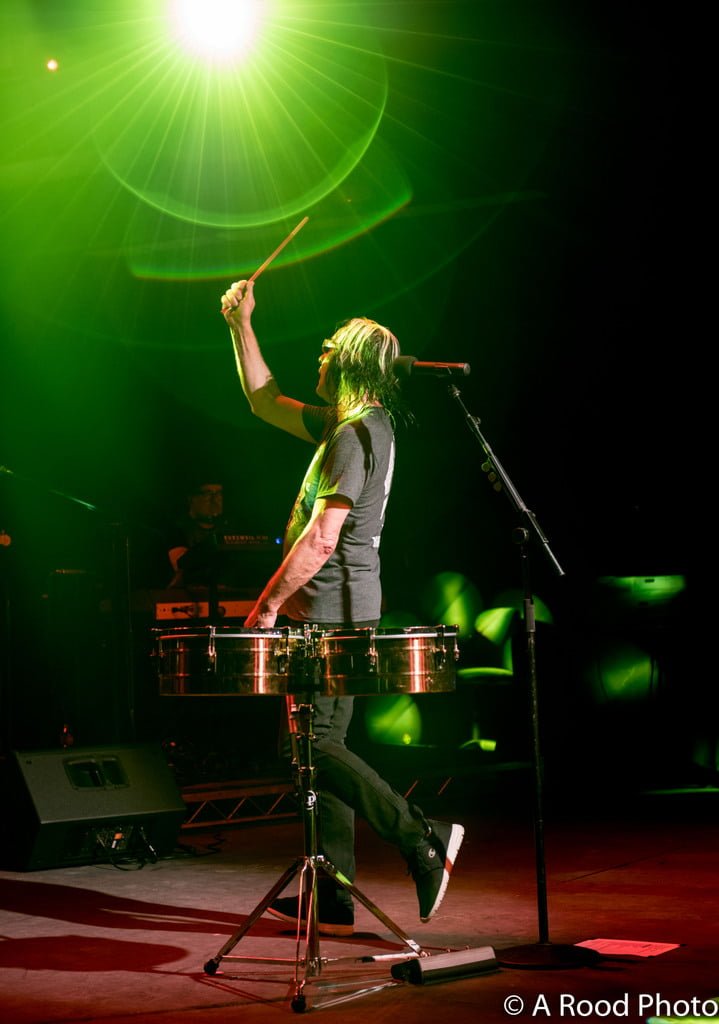 The Rose is a newly opened club/dinner-theater in Pasadena and i was pleased to hear how good the sound was. Often there are bugs to work out with a new venue but The Rose seemed to have this one locked in. (The Rose is part of The Canyon and Saban Theater family).   The only thing missing was the ‘Something/Anything’ backdrop that is hung behind the band at every show. Because the venue was so new, they had not installed a pipe in the grid above the stage yet!

Todd entertained the crowd all evening with a non-stop, one hour and 45 minute set, not including the encore and interacted with those in the front row with hand-holding and high-fives!  I spoke to a number of people who already had tickets to the next night’s show at The Canyon and others who were now planning on attending after the fantastic show he put on at The Rose.  I’m sure they will be in for an equally great show!