This week’s Live Music News and Review podcast features Tor Krautter of the Rev Tor Band talking about his project, the Last Waltz Live, an all-star reproduction of the Band’s classic 1978 concert film “The Last Waltz.”  Kara and Tor will talk about the band, the project and upcoming exciting projects for the band.

Rev Tor Band was formed in western Massachusetts by front man Tor Krautter in 1996. Since it’s conception, the band has evolved into a power house on the east coast club and festival circuit, performing in venues from Maine to Key West Florida. In their native New England, the band keeps a heavy performing schedule enthusiastically supported by a large following of dedicated fans.

The group’s members are an eclectic crew of experienced professionals. Members of RTB have worked with the likes of The Band, Little Feat, Bill Monroe, Pete Seager and Arlo Guthrie. Together they have shared the stage with members of The Grateful Dead, Phish, The Allman Brothers, and New Riders Of The Purple Sage. They have performed at festivals and concerts with The Jerry Garcia Band, Los Lobos, The Funky Meters, Leftover Salmon, String Cheese Incident, Max Creek, Derrick Trucks Band and have toured regularly with Grateful Dead keyboardist Tom Constanten. They where even asked to back up legendary blues man and Rock & Roll Hall Of Fame inductee, Johnny Johnson for a few shows on his 1999 tour.

RTB’s large original repertoire feature funky, bass oriented rhythms and foot stomping percussion. Bouncy guitar lines pull the whole groove together and creates an entrancing state that makes ones body want to move. Soulful melodies are immediately memorable. Even the bands cover tunes have a distinctly “Torricized” feel and include B-side tunes from The Grateful Dead, The Allman Brothers and others.

The Band has 6 CD’s on Smelly Dog Records, “In Search Of Ecstasy”, “Whatever It Takes”, “2000 Lives”, The highly acclaimed “Jamazon” (witch features guest appearances by: Max Creek’s Mark Mercier, Grateful Dead’s Tom Constanten, Banjo Master Gordon Stone & NRPS steel guitarist Buddy Cage), Live & Off The Beat-n-Track” and the brand new Mystic Wolf (featuring guest appearances by: The Allman Brothers Jaimeo, Max Creek’s Mark Mercier & Scott Murawski, Deep Banana Blackout’s Fuzz & Banjo/Pedal Steel Master Gordon Stone. All are excellent examples of their dedication and meticulous approach to the quality of their music. On stage the band’s energy is intense. These boys are not afraid to break a sweat and rarely have a problem getting the crowd on their feet. One club owner called them the hardest working band he’d ever met. 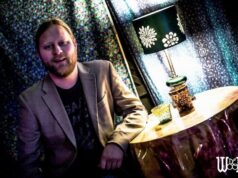 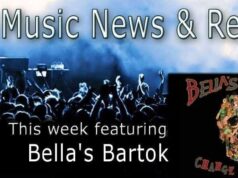 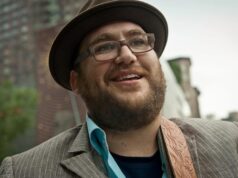 KYLE GASS MUST SAVE THE WORLD TOUR 2021

Six Performing Artists of Past and Present Who Loved to Game